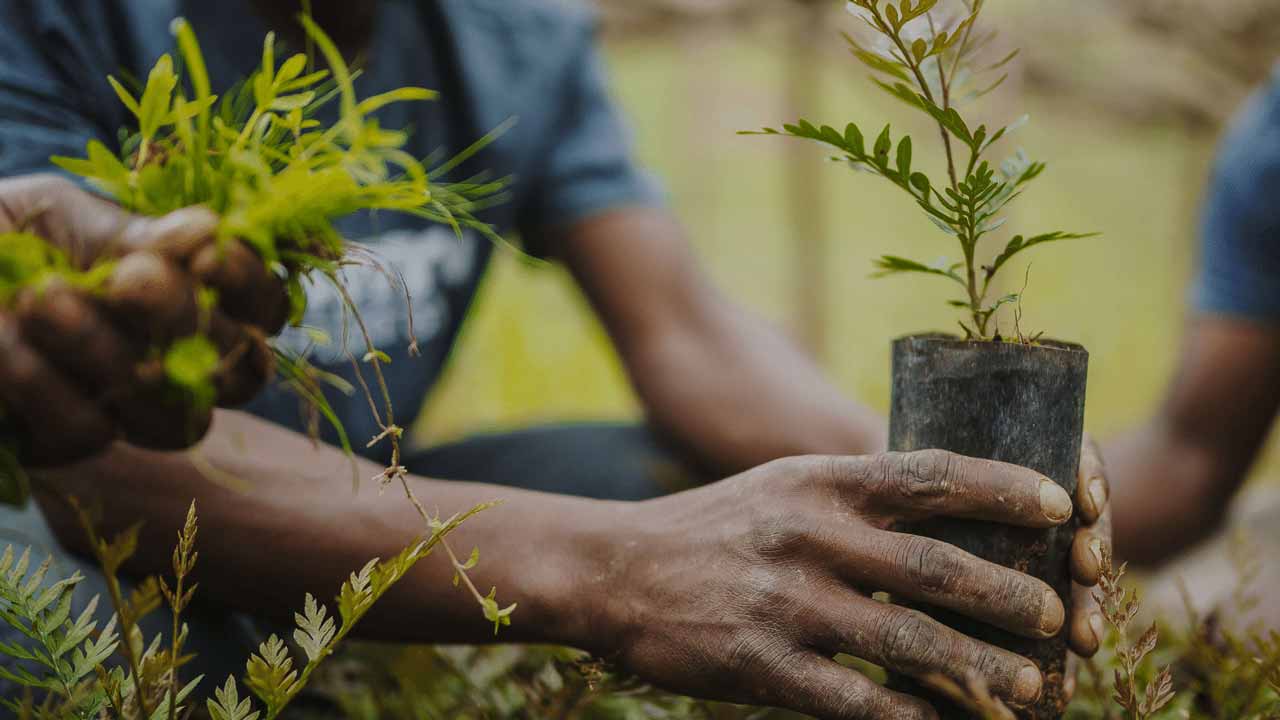 In commemoration of this year’s World Environment Day, Nigerian Bottling Company Ltd. (NBC) reaffirmed its commitment to environmental stewardship by planting trees and organizing beach clean-up activities to raise awareness of the importance of preserving the earth’s finite resources.

The Company leveraged its employee volunteer program to launch a tree planting campaign aimed at addressing the climate change crisis and raising awareness of the importance of trees for the environment.

The exercise, held in Lagos at the Gbara Community Upper Secondary School, was conducted in collaboration with key partners including the Hope for Life Initiative, the Environmental Protection Agency Lagos State Environment (LASEPA) and the Ministry of Environment.

Commenting on the initiative, NBC Managing Director Matthieu Seguin, who was represented by Corporate Affairs and Sustainability Director Ekuma Eze, said Africa’s forest cover has seen a steady decline over the years. , which invariably threatens the ability of its ecosystems to withstand climate change.

He said: “Our tree planting campaign is not only a direct response to this issue, but also a platform to galvanize corporate engagement in promoting interventions that support the sustainability of our planet.

He further said the initiative complements NBC’s ambitious commitment to achieve net-zero emissions across its entire value chain by 2040.

The company also organized a beach clean-up exercise in conjunction with its growth partners, Coca-Cola Nigeria Ltd. and MEDIC, a non-governmental organization, with a total of 267 participating employees drawn from its large pool of volunteers.

In his speech, Eze described the event as part of NBC’s 2025 mission commitments to decisively address the challenges posed by environmental pollution.

“The ocean is the greatest living resource on earth, and we all have a responsibility to preserve it. Humans depend on the ocean for food and travel, and it regulates our climate and harbors an abundance of biodiversity.

“I urge us to view this as a symbolic action to send the message that we all have a responsibility in our communities to become ambassadors for responsible waste disposal. That’s why environmental sustainability continues to be part of our growth strategy, which is further integrated into our World Without Waste program.

“Our vision as a system is a world where plastic does not become waste, and that requires very urgent action and collaboration.”

Eze further explained that as leading manufacturers, the brand recognizes its obligation to help ensure a safer and healthier environment and to preserve the future for generations to come.

“This cleanup exercise not only reflects our commitment to this goal, but is also a great opportunity to advance our immediate communities and beyond. The event culminated in the launch of a recycling bank at Elegushi Beach built by NBC. This is in line with the company’s commitment to bringing recycling closer to communities, while promoting the economic inclusion of women,” he said.

The Elegushi Recycling Bank is one of seven recently built by NBC in partnership with MEDIC, he noted, saying this brings the total number of Recycling Banks built by the Coca-Cola system to 22 to Lagos and Abuja.

The chief executive of the Lagos State Waste Management Authority (LAWMA), Ibrahim Odumboni, praised NBC for its efforts, noting that the initiatives would go a long way in reducing the impact of environmental hazards plaguing the coastal community. .

“I appreciate NBC’s remarkable role in supporting the Food and Beverage Recycling Alliance (FBRA) to push for progress. It has also allowed us at LAWMA to create a value chain with support from LASEPA, the Ministry of Environment and other partners.

The Chief Executive of the Lagos State Environmental Protection Agency (LASEPA), Dr. Dolapo Fasawe, also said, “The planet is ours to plow; it is up to us to preserve the environment. Businesses, especially in the manufacturing sector, should take inspiration from NBC’s leadership and commitment to rid our environment of waste. Let us carry the same message to our homes and our communities.