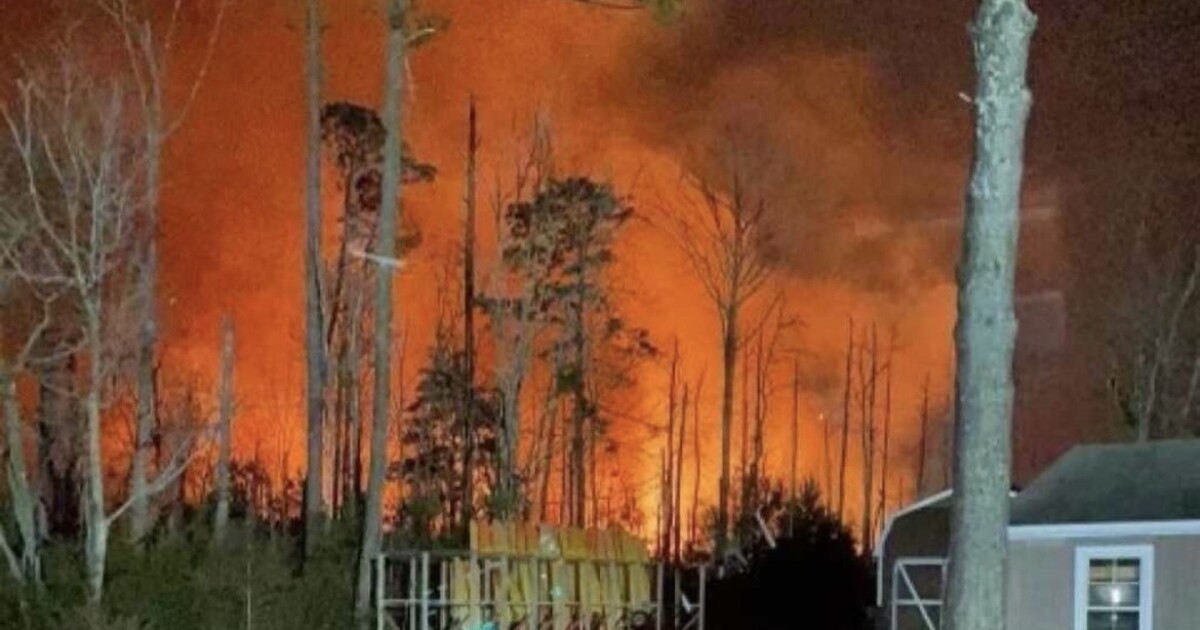 VIRGINIA BEACH, Va. — A wildfire worried residents of the Sandbridge area of ​​Virginia Beach and even Pungo on Thursday night. The fire lit up the sky.

A Virginia Beach Fire Department dispatcher told News 3 that it was a bushfire not far from Colchester Road near the North Bay Shore Campground and Indian Cove Campground. No injuries were reported.

Some concerned residents took to social media to ask neighbors what it was and whether it was a controlled burn.

Some neighbors said they thought it was a controlled burn, but News 3 has since learned that was not the case.

The Back Bay National Wildlife Refuge (NWR) in Virginia has experienced four wildfires on Refuge-managed land in the past week. The first two wildfires occurred on February 10, 2022 on Long Island and in the Mill Landing area. The third incident occurred on February 12 on an island west of Great Cove, with the fourth occurring on February 17 at North Marsh. The cause and acres burned for each wildfire are currently under investigation by Back Bay NWR Law Enforcement. No structural damage was reported in any of the wildfires. The refuge’s fire personnel were ready to provide suppression activities on each wildfire, but in all four cases the wildfires died out without firefighter intervention. All Refuge-managed lands that are expected to be open at this time of year remain open and accessible to the public.

Back Bay NWR includes a strong fire management program. Refuge fire personnel conducted two prescribed fires on February 10 and 11 in other areas of the refuge for habitat benefits. Refuge staff will always notify the public and local partners before igniting a prescribed burn at the Refuge.

For more information on the Back Bay NWR fire program, or questions about wildfires on the Refuge, please contact 757-301-7329.

Visitors to Indian Cove Resort near Sandbridge Road were able to see the flames up close. Campground safety supervisor Billy Painter said the Virginia Beach Fire Department showed up with two trucks and two crews and watched the fire to make sure it didn’t move. not in a dangerous place.

“Flames reaching maybe 30 feet in the air in some cases when the wind was blowing really hard,” Painter described. “So it was scary but luckily with the direction of the wind it kept it away from us and later that night the rain came and helped put out the fire.”

Painter added that he was prepared to notify campers if they needed to evacuate.

Back Bay NWR law enforcement is investigating to find the cause of the wildfire and assess any damage to the land or any habitat. A Wildlife Refuge official added that if he was planning a controlled burn, he would post it on his Facebook page to let residents know in advance.

You can read the complete law on fire regulations in Virginia here.