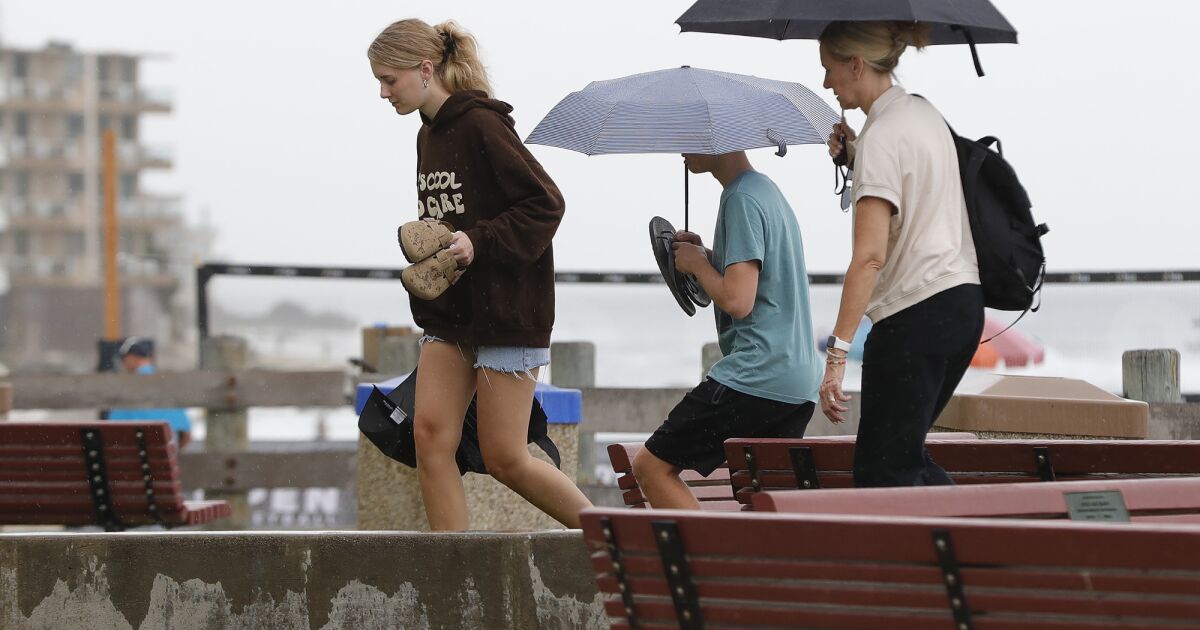 With a week-long excessive heat warning forecast on its final leg, Orange County residents battling high-temperature fatigue received some respite Friday in the form of post-season showers. noon that blanketed coastal communities and could continue through Monday.

Brandt Maxwell, a meteorologist with the San Diego office of the National Weather Service, said the outer band of Tropical Storm Kay — moving about 130 miles south of San Diego on Friday afternoon — would create rainy conditions for parts of the county. Orange throughout the weekend.

“We have chances of rain even until Monday. [But] most of the rain will fall tonight and Saturday,” Maxwell said Friday, estimating communities could see between a third and a half inch of rain.

Thunderstorm activity could be greatest in inland parts of the county, though the brunt of the weather pattern is likely to be felt in Riverside and San Diego counties, he added.

Residents concerned about these areas were urged to sign up to receive emergency notifications by phone, text or email by visiting AlertOC.com.

The City of Costa Mesa provided sandbags outside of City Hall, located at 77 Fair Drive, where residents could fill up to 15 bags per household free of charge.

Rainfall from tropical storms in the Pacific follows a ridge of high pressure that created a “heat dome” effect and resulted in unusually high temperatures, even in beach towns, over the past two weeks.

That pattern will change this weekend as rains bring predicted temperatures well into the 90s to the low 80s, Maxwell said. By the time skies clear on Monday, conditions may warm slightly, but won’t be as hot as the daytime highs recorded earlier this month.

A national weather service wind warning was issued for coastal and inland areas of Orange County shortly after 4 p.m. Friday and was to remain in effect until midnight Saturday.