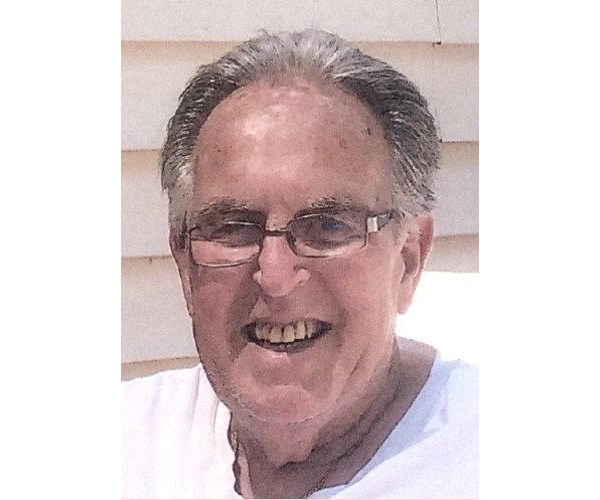 Thomas R. Raucci
December 3, 1942 – March 25, 2022
Thomas R. Raucci, 79, of West Haven died March 25, 2022 at Yale New Haven Hospital surrounded by his loving family. Husband of the late RoseMarie Coppola Raucci. Beloved father of Gina Raucci and fiancé Richard Goulart of East Haven, Richelle Virzi and Dina (Chris) Jones all of West Haven. Cherished grandfather of Frank and Thomas Virzi, Tyler and Evan Jones. Brother of Mary (Joseph) Brazey of South Carolina and Michael Raucci of Hamden. Brother-in-law of Dominic Coppola and his wife Kathy Cassell of West Haven. Tom was born in New Haven on December 3, 1942, the son of the late Thomas and Lucy Ciaburri Raucci. Prior to his retirement, Tom owned TR Carpet Service for many years. He also worked for the United States Postal Service and later retired after 20 years of service as a letter carrier. Tom worked as an usher at Quinnipiac University and a beach attendant in West Haven. Tom was a sports enthusiast. He enjoyed watching and cheering on his favorite teams, the New York Yankees and New York Rangers. In 1966, Tom joined IAABO Board 10 and began his career as a high school and college basketball umpire. In 2010, he joined the NHFOA as a watchmaker. Being a member of each of these organizations has brought me great joy and beautiful friendships. Tom was happiest when he was with his family and friends. He enjoyed sitting by the pool, trips to the casino and Disney World, Engelbert concerts, and whatever his four grandsons did.
His funeral procession will depart from PORTO FUNERAL HOME, 830 Jones Hill Rd., West Haven Tuesday morning at 9:30 a.m. A Christian Burial Mass will be celebrated in St. John the XXIII Parish at St. Louis Church in West Haven at 10:00 a.m. Interment will follow at St. Lawrence Cemetery. Friends can call on MONDAY from 4:00 p.m. to 7:00 p.m. Memorial contributions may be made to New Haven Football Officials Charity, 22 Beach Shore Dr., Milford, CT 06460. Sign Tom’s Guestbook online at www.portofuneralhomes.net