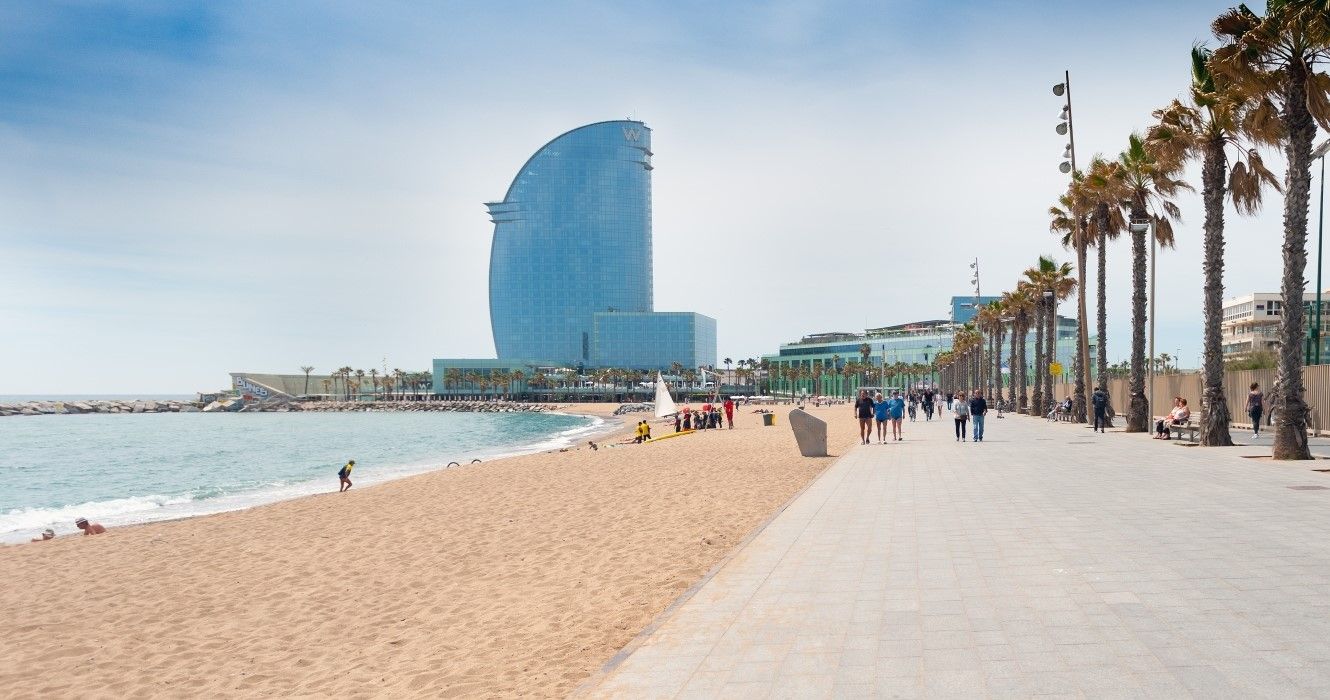 Although Barcelona is renowned for its many tourist attractions, its spectacular climate, often cited as the city’s best selling point, is the gift that keeps on giving. Although many may not realize it, Barcelona has around 300 days of sunshine a year, which means that it is possible to enjoy the city’s beaches outside of summer.

The Mediterranean Sea laps Barcelona’s 4.5 kilometers of coastline, creating a stunning backdrop for beach activities including sunbathing, swimming and beach volleyball. Barcelona has too much to do, so get on a plane and relax on one of these gorgeous beaches.

Related: 10 budget hotels in Barcelona that won’t break the bank

La Barceloneta, the best known and most classic beach in Barcelona, ​​takes its nickname from the first maritime district of Barcelona. Barcelona’s San Sebastian and Victoria beaches all have a rich history and culture that the approximately 500 meter long Barceloneta beach carries on. Unlike other beaches in Barcelona, ​​Barceloneta has facilities for the disabled. It also has wonderful hotels for a relaxing stay, restaurants, Wi-Fi, showers, viewpoints, children’s play area, garbage cans, toilets and rents umbrellas and deck chairs .

This classic Barcelona beach is to the northeast of the former Olympic Village. It is popular with surfers and swimmers thanks to its comfortable deckchairs for rent and its proximity to a few surf schools. The two-hour private lessons offered by Surf Base Barcelona are a fantastic way to learn about the ocean and its waves. Additionally, the beach is a popular spot for the city’s queer community. While the beach nightlife is world famous, the hotels here also add to the hype.

Nova Icària’s ideal location on Barcelona’s central coast, next to the Olympic Port and observatory, makes it a popular destination to visit and stay in local hotels. Nova Icaria Beach, built for the 1992 Olympics held in the city, is quieter than the nearby beaches of Sant Sebastián and Barceloneta. Many activities are available to visitors, including jet-skiing, parasailing, flyboarding, and speedboat tours. Port Olympic also offers catamaran and boat trips in the harbor for a more peaceful experience.

Stay at chic hotels in Sant Sebastià and enjoy the most convenient beach to see some of Barcelona’s best-known sights due to its proximity to the city center. Visit the mountain top of Montjuic for stunning views of some of Spain’s most beautiful regions; take the cable car to Montjuic Castle, built in the 17th century and home to the town’s military museum and peaceful botanical garden, before heading to Sant Sebastià beach.

Related: 10 secrets for visiting Barcelona on a budget

About an hour and a half south of Barcelona is a beautiful beach known as Platja Llarga, or ‘Big Beach’, which is popular among nudists due to its pristine and unspoiled setting. Llarga Beach has a relatively unspoiled stretch of beach with emerald water, golden sand and a gentle entrance into the sea. You can hang out at this beach with everyone from singles to couples and stay in one of the adult hotels nearby. There is a campsite nearby and it’s not too crowded even in high season.

When looking for a beach and a place to stay near Barcelona, ​​one of the best options is Canet Beach, located in the charming village of Canet de Mar. This beach is almost a kilometer long. It has everything one could want for a day at the beach, including public toilets, showers and various pubs and restaurants serving delicious traditional Barcelona food. Stop to visit the adjacent Castell de Santa Florentina before returning to town. Look at the Gothic and modern influences in the exceptional construction of the 11th century castle.

The average age of people who come to Bogatell Beach creates a calmer environment, making it a great place to relax and unwind. Bogatell Beach, also considered one of the safest in Barcelona, ​​is perfect for holidaymakers looking to get away from the hustle and bustle of crowded beaches in the city centre. Plus, there are great hotels, restaurants, and vibrant nightlife in the area.

It’s worth venturing further out of town to find some of Barcelona’s best beaches. Ocata, which is only half an hour by bus north of the city, is the epitome of a hidden gem. The beach is wide, has excellent golden sand and the sea is clear and calm. After enjoying a swim, visitors can head to one of the many beach bars for drinks and tapas or enjoy a night in one of the many hotels in the area.

Formerly part of Barceloneta Beach, this bustling stretch of water is now known as Somorrostro Beach, named after the Barcelona neighborhood that once stood there. Somorrostro Beach, located between the Olympic Marina and Barceloneta Beach, was originally a slum that housed thousands of people until the mid-20th century. Restaurants, bars and some of Barcelona’s most famous nightclubs and hotels line the promenade, making it a bustling hub of activity.

Cala Bona beach in Blanes, about an hour’s drive north of Barcelona, ​​is well worth the trip. Cala Bona is a small cove on the Costa Brava, unlike the large stretches that characterize most of the best beaches around Barcelona. The beach is ideal for water sports such as swimming, snorkeling and relaxing in the sun. Head to the seaside via a pine-wooded path and sample a variety of traditional regional dishes, such as tasty monkfish and lobster at Cala Bona Bar-Restaurant. Stay at one of the many fine hotels in the area.