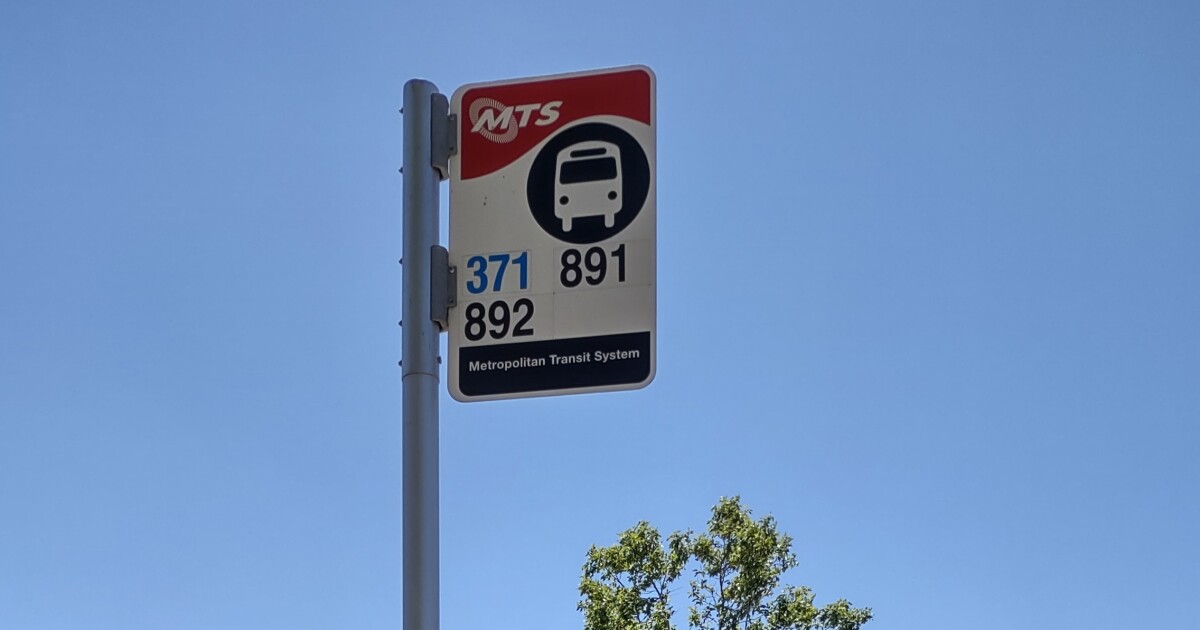 Members of the Ramona Community Planning Group unanimously agreed on June 2 to advocate for better public transportation, especially for youth in the community.

The SANDAG program provides free bus rides throughout the county for youth 18 and under. Young people can access unlimited bus rides on the Bus, Trolley, Coaster and Sprinter until June 30, 2023, by downloading the PRONTO app to their mobile device.

Matt Rains, a member of the planning group, told the meeting that the current bus service is insufficient to provide program benefits to Ramona – and offered to send the letter to Anderson.

“The main concerns are that bus riders can’t get around in the middle of the day and they take long bus rides,” Rains said. “It’s not easy for children to plan trips.”

Rains presented an analysis of youth bus routes in the Ramona area. His report describes the drawbacks of the passport program at the local level: There are very few useful bus routes to and from Ramona; bus lines to Ramona favor commuters and adults; and bus lines operate on limited schedules in Ramona and take a long time to reach any useful destination.

Additionally, the current bus route to Poway is limited, Rains said. His analysis showed a circuitous route from Ramona to Poway in which the bus travels west on State Route 78 through Escondido and on Interstate 15 to Poway. Current Ramona stops for the Poway trip favor commuters with journey times in the morning – 4:30am, 6:30am, 8:30am and 9:45am – and in the evening – 3:05pm, 4:50pm and 6:35pm

“There is no coverage from 9:45 a.m. to 3:05 p.m., which definitely favors professional commuters and not recreational use or youth access,” the report said, noting that it takes more than two hours in a direction to get to Poway from Ramona. .

Similar scenarios exist for routes from Ramona to Ocean Beach, Parkway Plaza, Westfield North County and University Towne Center which mostly have long travel times of three hours or more and routes scheduled in the morning and evening. Even getting to Balboa Park or SeaWorld would take nearly two hours one way and the direct route only operates Thursdays and Fridays at 9:48 a.m., the report said, noting that other indirect routes are available in the mornings and evenings.

The planning group will also suggest that supervisors consider extending the passport program to adults up to age 21 to give new adults of drinking and smoking age an alternative to driving under the influence of alcohol or of drugs.

The letter directs Anderson to institute a pilot program in Ramona for additional transit coverage during the passport program period.

“We need solutions for kids that take less time so they can plan their trips safely without worrying about six hours out of their day on the bus,” the letter says. “Please ensure rural youth can quickly and safely access destinations such as Balboa Park, SeaWorld, San Diego County beaches and malls.”

Maxson expressed similar concerns about young people’s limited access to bus use at the May 13 SANDAG board meeting.

Maxson, who chairs the Ramona Community Planning Group, told the council that the Youth Passport Opportunity program is a wonderful opportunity to provide young people with transportation options through alternative means of transportation instead of a single vehicle. . Based on 2020 census data, she said many young people in Ramona live in families with no transportation available and many have not acquired driver’s licenses.

“I understand that ridership is low on public transit across the county,” Maxson told the SANDAG board. “In Ramona it is weak and practically absent because we do not have the buses available to create reasonable, realistic and viable routes for our young people. Indeed, our young people are left behind and unable to benefit from the advantages of this regional program.

Members of the planning group also decided to reach out to Supervisor Anderson to share their thoughts on cannabis taxes, asking that taxes be fair and that funds be used appropriately.

On May 10, supervisors voted 4 to 1, with Supervisor Jim Desmond voting no, to add a marijuana ordinance to the county books and to impose a marijuana tax measure in unincorporated areas on the ballot. of November.

On June 2, members of the planning group voted 10 to 2, with members Debbie Foster and Dan Summers opposing, to send a letter with their comments on taxation to Anderson.

One of the main points of the letter from the planning group will be to ask for a tax rate that is similar (yes) to other industries such as bars that serve alcoholic beverages and adult retailers.

“The county needs to review how it taxes dispensaries compared to similar businesses such as alcohol and adult businesses so that there is fairness across the board,” Lynch said at the meeting.

The letter also urges supervisors to spend tax revenue on drug prevention and related social services rather than collecting a general tax that could then be spent at the discretion of supervisors – on public safety, roads and infrastructure. or social equity programs in addition to health and social services.

“If you don’t pay taxes, you shouldn’t have a business license,” Lynch said.

Summers objected to posting comments in part because he said marijuana is a gateway drug and he favors taxing cannabis dispensaries to the point that they are forced to close. their doors. As a firefighter and paramedic for more than 30 years, Summers said he responded to numerous drug overdose emergency calls that were often marijuana-related.

“From my perspective, I’m opposed to the corporations being here,” Summers said. “Yes, it’s legal, but that doesn’t mean you can’t tax it to discourage you.”

Foster said she agreed with some aspects of the letter’s recommendations but disagreed with others.

The Supervisory Board will take a final vote on the ordinance and tax measure at its June 14 meeting and put it on the ballot in November.