The chance to be a star 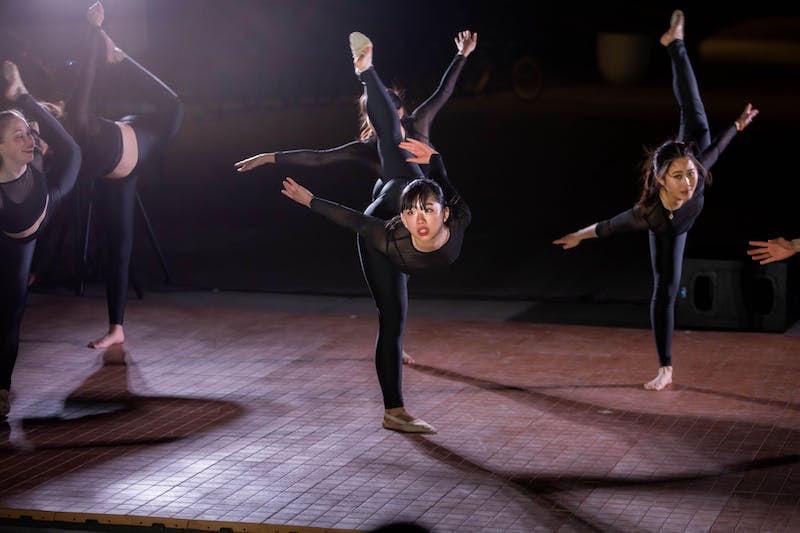 Summer show bands offer sophomores the opportunity to “dip their toes” into something new.


Sophomore summer has many longstanding traditions, from well-known activities like the DOC Fifty hike and Lou’s Challenge to more bawdy activities like the Ledyard Challenge and the annual Masters pong tournament. Yet some of the most artistic of these traditions are the summer performance bands. For 10 weeks, numerous student-run performance groups open their doors to the entire student population – regardless of their previous experience – allowing them to live out their fantasies of being dancers, comedians or singers.

This summer, I became one of those artists. Despite my lack of vocal ability, I find myself trudging to Wilson Hall at 7 p.m. twice a week, where I sing along with my fellow Summerphonix members under the direction of the Dodecaphonics. Many of my friends sang in a capella groups during the school year, and as a musician myself, I respected their abilities and wished I could join them. After a short audition in which I sang my mediocre rendition of the Beach Boys’ song “Help Me, Rhonda,” I was accepted into a proper a capella group, with a whole bunch of people ranging from instrumentalists like me to singers from other bands on campus.

Evan Bass ’24 auditioned for the dance group Splenda – the summer version of Sugarplum – for the chance to meet new people and bond with old friends, while noting Splenda’s added benefit as a PE credit. He said he found the audition process easy to navigate and never felt nervous even when trying something completely new.

“It wasn’t really stressful,” Bass said. “I showed up at the last minute, and it was quick. You learned a quick dance, then there were encores later. I thought it was pretty low stakes – or at least it was low stakes for me because I wasn’t that keen on doing it – but it was fun!

Splenda member Colton Sankey ’24 had similarly positive feelings about his Splenda audition, but was more intimidated when auditioning for improv band Dog Days of Summer.

“Improvisation is something I just have no experience with, so getting into [the audition] was a bit scary,” he said. “But after we got up and went through a few [improvised] scenes, it became much less stressful.

Sydney Fortner ’24 specifically highlighted how existing sophomores in her a capella group, the Summerphonix, organized the group with inclusivity in mind.

However, some groups are more competitive than others.

Lily Scott ’24, Logistics Manager for Dance Group Shebalite – Sheba’s summer group – noted that although their expectations for dance experience and skills were lower, auditioning was difficult due to the limited number of places.

“We try to encourage people with no experience to audition,” Scott said. “80 people tried out for Sheba, and we were only able to get about 30, so we had to keep the numbers down a bit again…the deliberations and tough decisions were comparable to regular Sheba auditions.”

Most summer groups reduce the level of commitment required. While the Dodecs practice six hours a week during a normal term at Dartmouth, the Summerphonix only practice two hours during the summer. Similarly, Shebalite only uses four hours of rehearsal per week, compared to seven hours during a normal term. This reduction in rehearsal time allows students who have a heavy course load during the summer to participate in these performance groups without too much added stress.

While the novelty of the experience is most apparent for new members, old members are also in unfamiliar situations. For the first time, they are the musical directors, choreographers and teachers of the group. Even for those not in official roles like Fortner, these 24-year-olds still coordinate activities with other members and are also tasked with the challenge of teaching novices. But for Fortner, this opportunity is why the a capella summer is worth the time commitment.

“I really love teaching music,” she said. “Since it’s summer and we already know the songs, we teach the new members the different songs, which I really appreciate. The 24-year-olds who are already in the Dodecs also bond in a unique way because we all try to lead together”.

This enthusiasm is contagious and many newcomers thrive on the steep learning curve that comes with these groups. For Sankey, seeing how all the individual steps he learns in his dance group come together was one of the highlights of his summer, even though he only had one rehearsal.

“Even if it ended tomorrow, I’d be glad I did,” he said. “But I’m still so excited that there are eight weeks left to get a little more exposure to these performing groups and the people who make them up.”

When we went to the freshman year activity fair, we were told that Dartmouth was a place where we could try new things. But the temptation to return to the same hobbies and activities we did in high school can be overwhelming — and that’s why these summer groups are so special. They provide us with the perfect opportunity to step out of our comfort zone, whether we are learning to dance or sing or coming up with witty lines at any time. So while my dream of singing a perfect vocal solo may not come true, I’m still savoring the moment, because next winter it will be back to “the Dartmouth grind” for me.