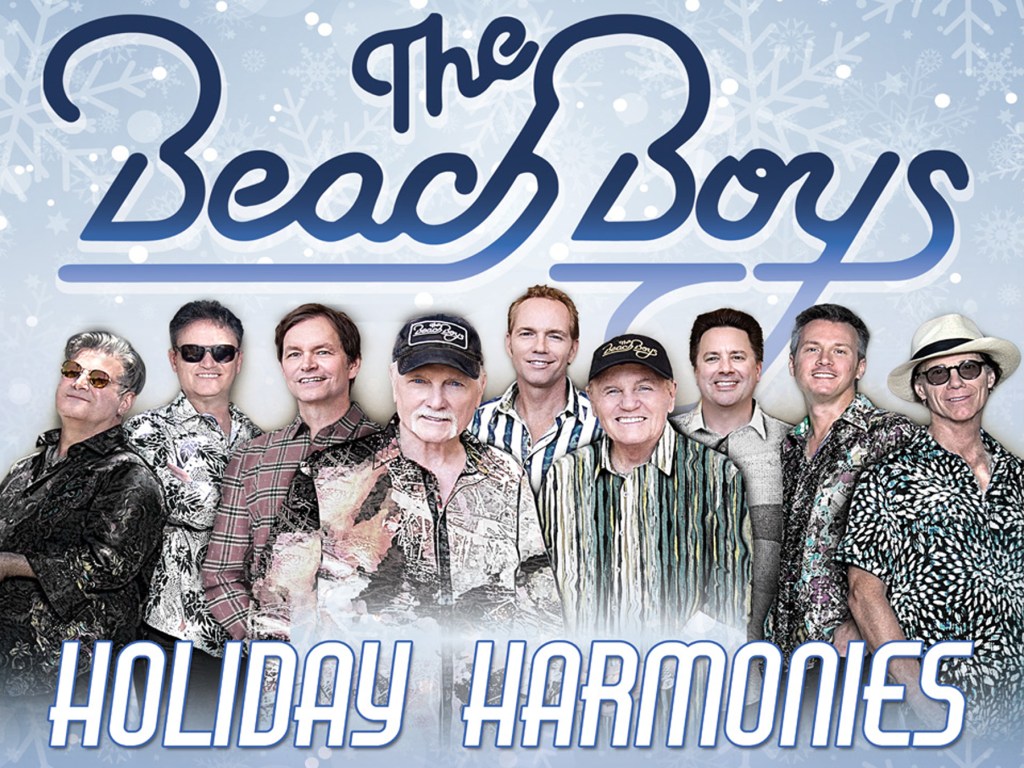 For half a century, the Beach Boys have symbolized a sort of Californian lifestyle, with sunny hits such as “Surfin ‘USA”, “Fun, Fun, Fun”, “California Girls” and “Good Vibrations”. But the group is also a holiday staple for their Christmas single “Little Saint Nick”, written by Brian Wilson and Mike Love, as well as other original songs collected on “The Beach Boys’ Christmas Album” in 1964.

The group has sold over 100 million records worldwide and received 33 RIAA Platinum and Gold Record awards. The Rock And Roll Hall of Famers was also honored at the 2001 Grammy Awards with the Lifetime Achievement Award. In five decades of touring, the Beach Boys have performed more than any major rock band in history.