Tenet Health does not provide updates on information systems 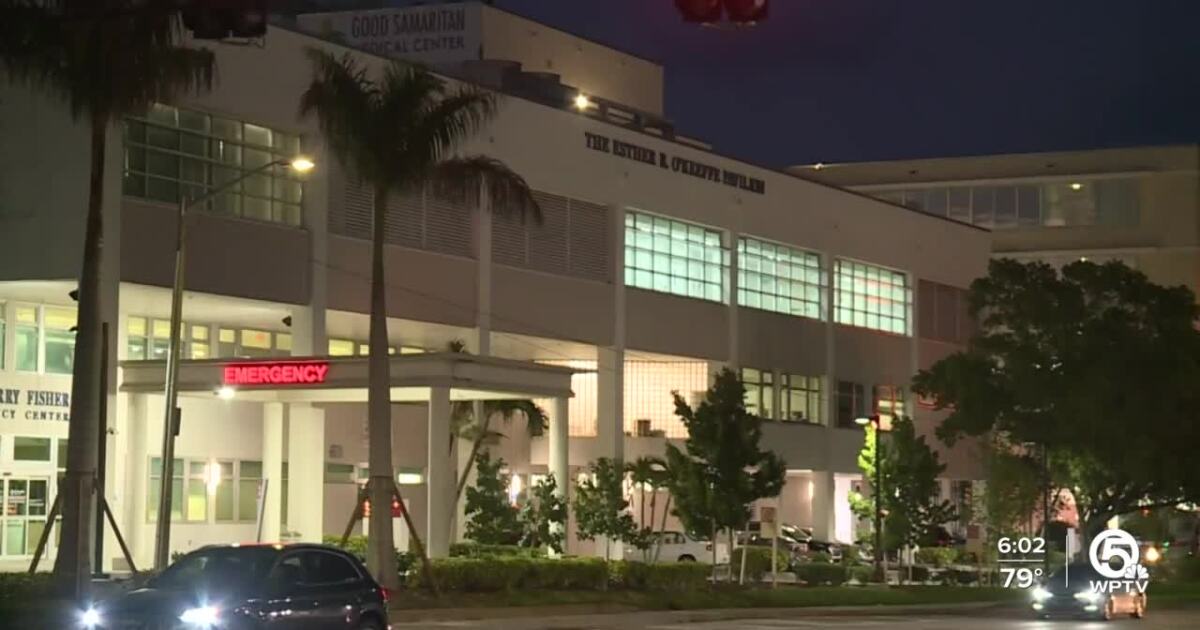 WEST PALM BEACH, Fla. — Tenet Health Sunday did not respond to questions from NewsChannel 5 about the status of faulty information systems at St. Mary’s and Good Samaritan Medical Centers.

Telephone service and some information systems in hospitals have been blocked since Wednesday for unknown reasons.

Tenet blames “network issues” for disruptions to phone service and medical records at their hospitals.

Patients tell NewsChannel 5 that medical staff rely on paper records and physically leave the hospital to use phones.

On Saturday, Tenet said its systems were being restored and staff were providing “quality care”.

“We are experiencing network issues in some systems. We are in the process of getting these systems back in place with strong protocols in place so that care continues uninterrupted. We are grateful to our doctors and staff for continuing to provide quality care as we work to resolve this issue.

On Sunday, medical staff contacted NewsChannel 5 to report concerns about making medication errors because they did not have access to patient records.

WPTV NewsChannel5 reporter Todd Wilson spoke to Good Samaritan patient John Rodriguez on Friday, who said the paper mapping he observed was of particular concern when he saw a nurse drop a pile of papers.

“It’s because they might mess up and give me the wrong medicine or something,” said Rodriguez, who was discharged after treatment for atrial fibrillation.

Again Saturday and Sunday, Tenet Health declined to answer questions about the risk of errors in drug delivery.

“A comment from the former patient he (journalist Todd Wilson) interviewed suggesting that a medication error could be made due to a paper chart is nonsense and goes completely against what we think be WPTV’s journalistic standards,” Tenet PR Director Shelley Weiss wrote. Friedberg.

She went on to “request that you remove Todd Wilson’s story about our network outage and stop running it. We respectfully ask that you maintain a higher level of integrity when reporting on this topic in the future.

Mark Casey, acting news director of WPTV NewsChannel 5, told Weiss Friedberg that the story will remain on the station’s website and continue to air.

“Refer to your request to remove Todd Wilson’s story, we stand by Todd’s reporting and will not remove the video or text,” Casey told Weiss Frieberg in a response to his email. The full email exchange is included here.

At the time of this story’s publication, Tenet did not respond to direct questions asking if the root of the issues can be traced to a software update, or a cyberattack, or if hospitals have been hit by ransomware. . In March, President Joseph Biden has warned businesses the likelihood of Russian cyberattacks in response to increased economic sanctions imposed by the war in Ukraine.

“I have previously warned of the potential that Russia could conduct malicious cyber activity against the United States,” Biden said in a statement. “Including in response to the unprecedented economic costs we have imposed on Russia alongside our allies and partners. It’s part of Russia’s playbook.

Hospitals are known to be under increasing threat. Two researchers from the Massachusetts Institute of Technology cited the problem in a research paper published in 2018.

“The healthcare industry has lagged behind other industries in protecting its primary stakeholder (i.e. patients), and now hospitals must invest considerable capital and effort in protecting their systems,” wrote researchers Dr Mohammad S. Jalali and Jessica P Kaiser. “However, this is easier said than done as hospitals are extraordinarily tech-saturated and complex organizations with high complexity of endpoints, internal policies and regulatory pressures.”