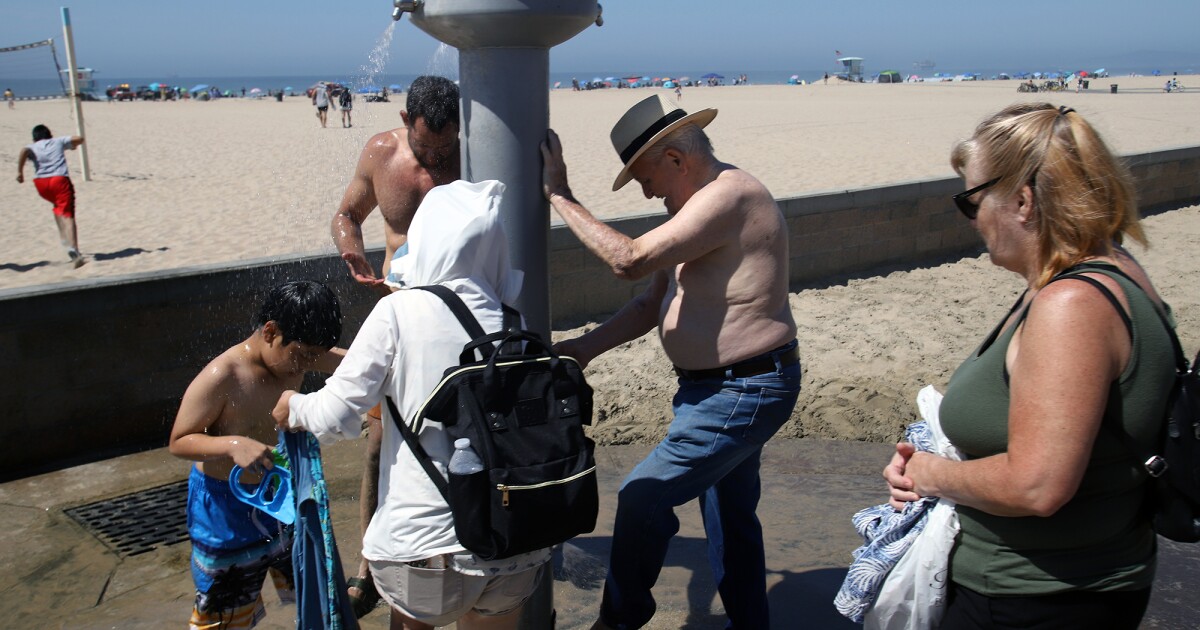 The extreme heat wave that began Aug. 30 and sent crowds to beaches for cooling off over the Labor Day long weekend will continue through at least Friday, weather officials say.

Temperatures soared over the weekend, with new records set in inland Orange County cities like Anaheim and Santa Ana, where the mercury soared to 107 and 108 degrees respectively on Sunday.

Meanwhile, in coastal Orange County, Newport Beach recorded a high of 97 degrees on Sunday – close, but not high enough to topple its previous high of 102 degrees set in 2017.

Amid this, Southern California Edison reported a power outage in Laguna Beach at 1:08 p.m. Monday that affected 4,216 customers. Power was restored to all users at 6:56 p.m. the same day.

Spokeswoman Gabriela Ornelas said Edison was happy to have been able to restore service the same day. She noted that the utility had received reports of other heat-related outages over the weekend, but the cause of the Laguna Beach outage was still under investigation as of Tuesday afternoon.

National Weather Service meteorologist Stefanie Sullivan said Tuesday that the massive upper-level high pressure system that has hovered over the region for several days “doesn’t seem to want to weaken or move.” We’ve been stuck under this pattern that brings this warmth.

“We had monsoon humidity from the east [so there is humidity as well]”Sullivan said.

She noted that a similar heat wave occurred on Labor Day weekend in 2020. She added that heat waves are not atypical for Southern California in September, often brought on by the Santa Ana winds as summer moves into fall. She said what’s remarkable about the current heat wave is how many days it continues to hit the region. Most, she said, tend to last around two to three days.

Sullivan said the region will experience easterly winds that tend to warm coastal cities, but there is also the possibility of cloud cover from an incoming tropical system.

Daytime highs are expected to be in the high 80s to mid-90s along the coast through Friday, with lows in the high 70s.

Orange County has a number of cooling centers, which are free indoor air-conditioned venues where members of the public can go to escape the blistering heat. Health officials warn residents to stay hydrated, wear light clothing, stay out of the sun, and avoid strenuous activity outdoors or in an unair-conditioned building.