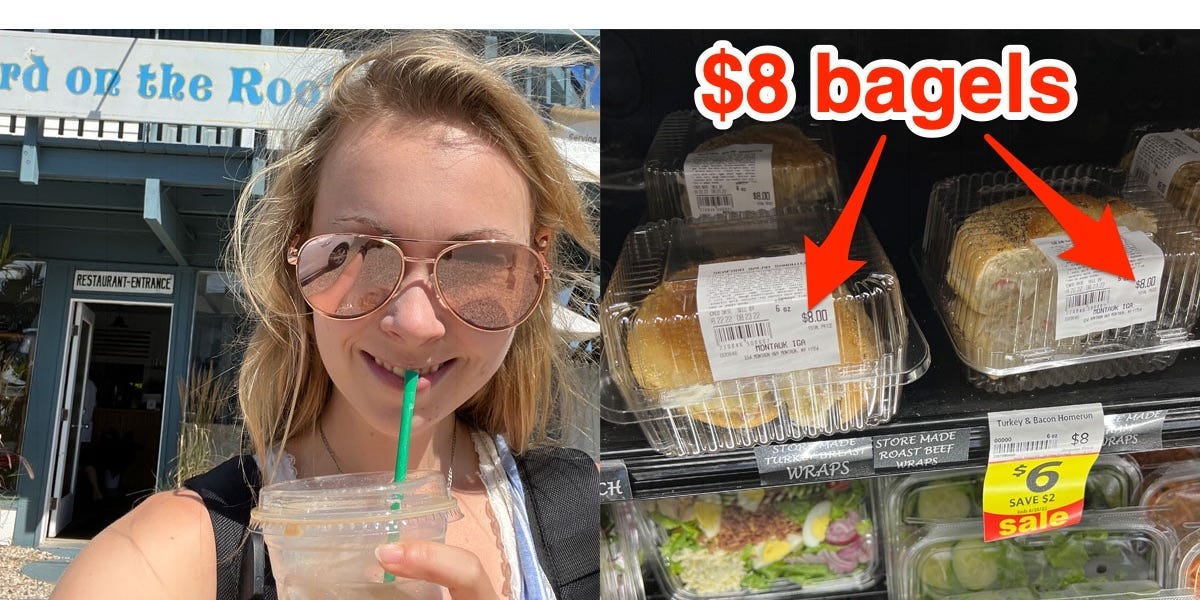 The hotels I stayed at were close to each other but offered two very different experiences.

Once I got used to the humidity it was an easy walk from the bus stop to my first hotel, Marram Montauk. The beachfront property was about half a mile from the town center.

Marram Montauk felt like a luxurious, family-friendly surf retreat, with fire pits for s’mores, outdoor beach spaces, and a pool overlooking the Atlantic Ocean. I would have been happy to sit on the balcony and enjoy the ocean air the whole trip.

The second night I stayed at the Sole East, a hotel tucked away in a quieter, more residential area about a mile from downtown.

Sole East was exactly what I imagined to be the epitome of Hamptons style. Everything was painted crisp white, and the navy blue and dark red accents were classically patriotic.

The backyard of the hotel had a beautiful garden and lawn with dozens of Adirondack chairs. Sole East felt like a place with strong traditions where travelers returned again and again.

As I was waiting to check in, I overheard a mother say to her toddler, “We’re going to stay in the same room you had when you were only 11 months old!”