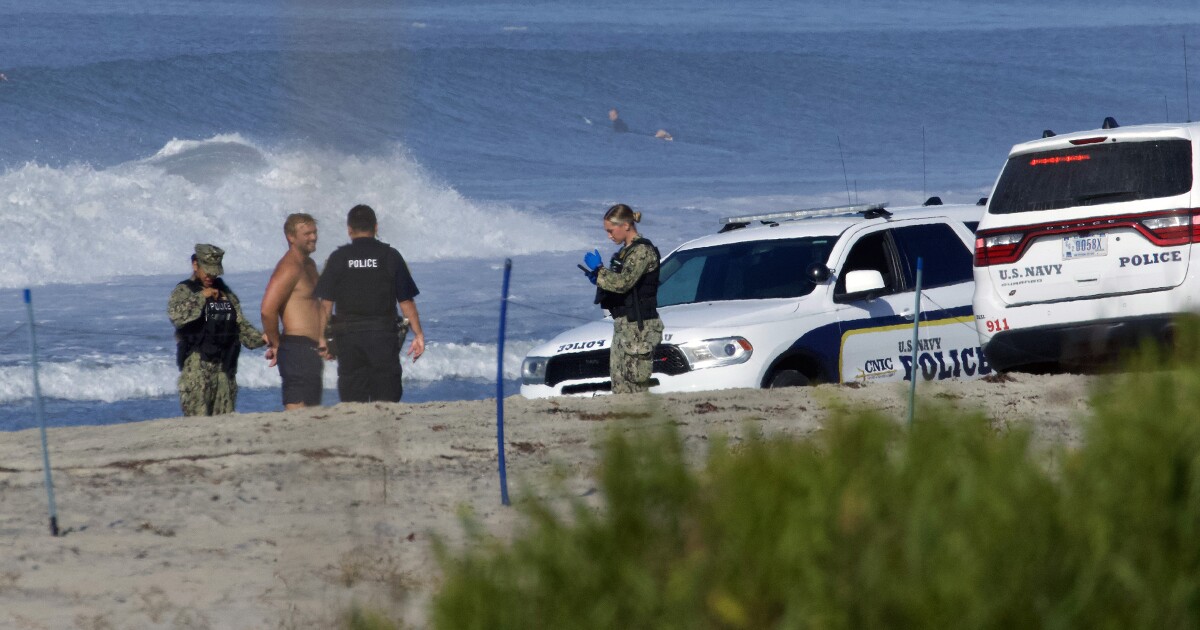 According to a base spokesperson, two surfers chasing storm waves were cited for trespassing Tuesday when they entered Breakers Beach at Naval Air Station North Island.

The beach, just west of Coronado’s public dog beach, is bounded by a fence that extends a short distance out to the Pacific, separating the public beach from the Navy beach.

Kevin Dixon, a spokesman for the base, said the two surfers were banned from the base and released.

Longtime surfer and surf photographer Randy Dible was on the public beach when an arrest took place. He said it’s rare that the best waves are on the base side of the beach – but when they are, surfers will find them.

“Before, guys were kicked out (from the base),” he said. “Before it was kind of a secret place, but now everyone knows it.”

Dible said the waves mostly break there when there’s a storm off Baja California. On Monday, as waves from Tropical Storm Frank surged northward, Dible said several surfers accessed the base through a hole in its fence or by paddling around it.

Monday was “no problem,” he said, but the next day base security “tightened up.”

Dixon confirmed there was a hole in the fence – something he attributed to wear and tear. He said he was under repair.

Dixon did not comment on Monday’s surf activity. He said Tuesday’s surfers were only cited because they walked on the base.

“They can surf the waters away from base, but we have patrols to watch and make sure people don’t come to the beaches,” Dixon said. “None of the other (surfers) came.”

As of Wednesday, Tropical Storm Frank had weakened and dissipated in the Pacific and is no longer tracked as a named storm by the National Hurricane Center.