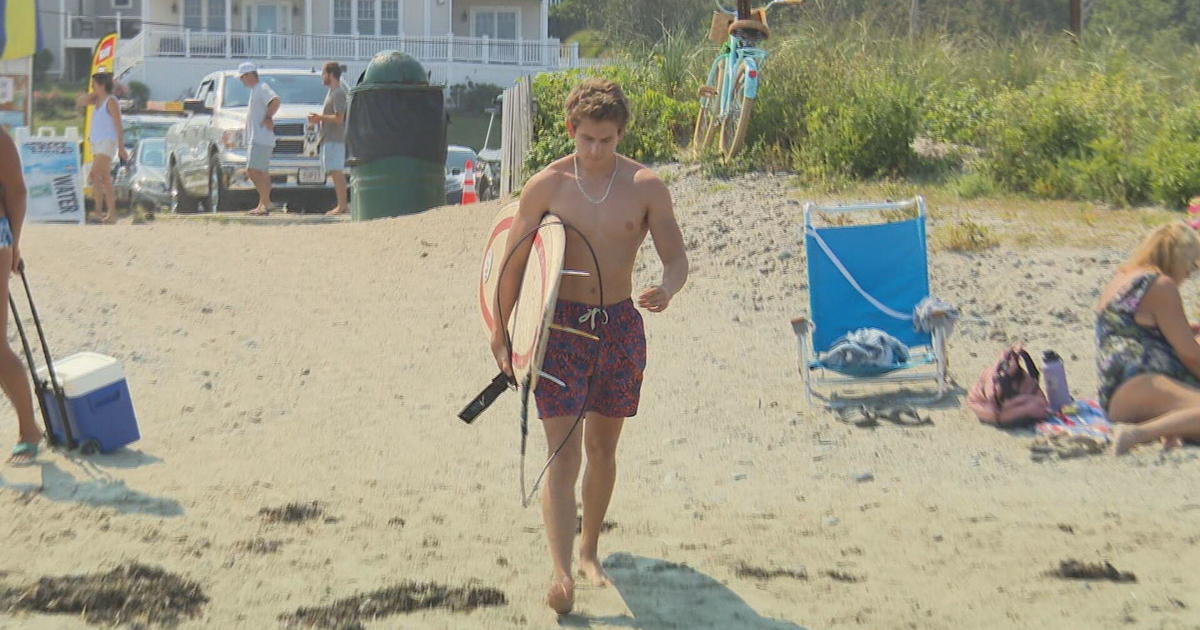 HULL – Swimming on the beach is a great way to cool off in the summer, but it can be dangerous.

Two weeks ago, two women nearly drowned when a rising tide swept them deep into the water in Hull.

There were no lifeguards in this area, but luckily a worker from the surf camp joined them just in time.

Matthew Lees, a 19-year-old who is a certified aquatic first responder and operates the business Northeast Surfing with his father, says he had just seconds to react after the two women were caught in the current back.

“I grabbed the board, sprinted down the beach and paddled towards them. And they were on one of their last breaths there,” Matthew Lees said. “They said they had never really swum before. And they were standing in the water, and all of a sudden they got ripped off 15 to 20 feet.”

Board in hand, he rushed to save them.

“It was tough. I tried to keep calm. They were panicking a lot. They didn’t really know what to do. They said they had never been in the water. They kept screaming , so I was telling them to calm down.”

Lees says there was no lifeguard on duty at that section of the beach at the time of the incident. Fortunately. his quick reaction and training helped bring the two women back to the beach safely.

The paramedics came next.

The Lees family say they are sometimes surprised by people who can’t swim. And as they point out, the problem is that once you set foot in the ocean, you put yourself in danger, just like these two women did.

Matthew’s father, Ronnie Lees, who has been running children’s surf camps and renting all kinds of equipment for nearly 20 years, says tragedy can happen in a split second.

“I expected nothing less. We spend countless hours training our staff, especially my son. He grew up in the ocean with me,” Ronnie said. “You have to be prepared before entering the ocean.

Matthew tells WBZ-TV that both swimmers are fine, but it was close.

Paul Burton is a generalist reporter for WBZ-TV News.