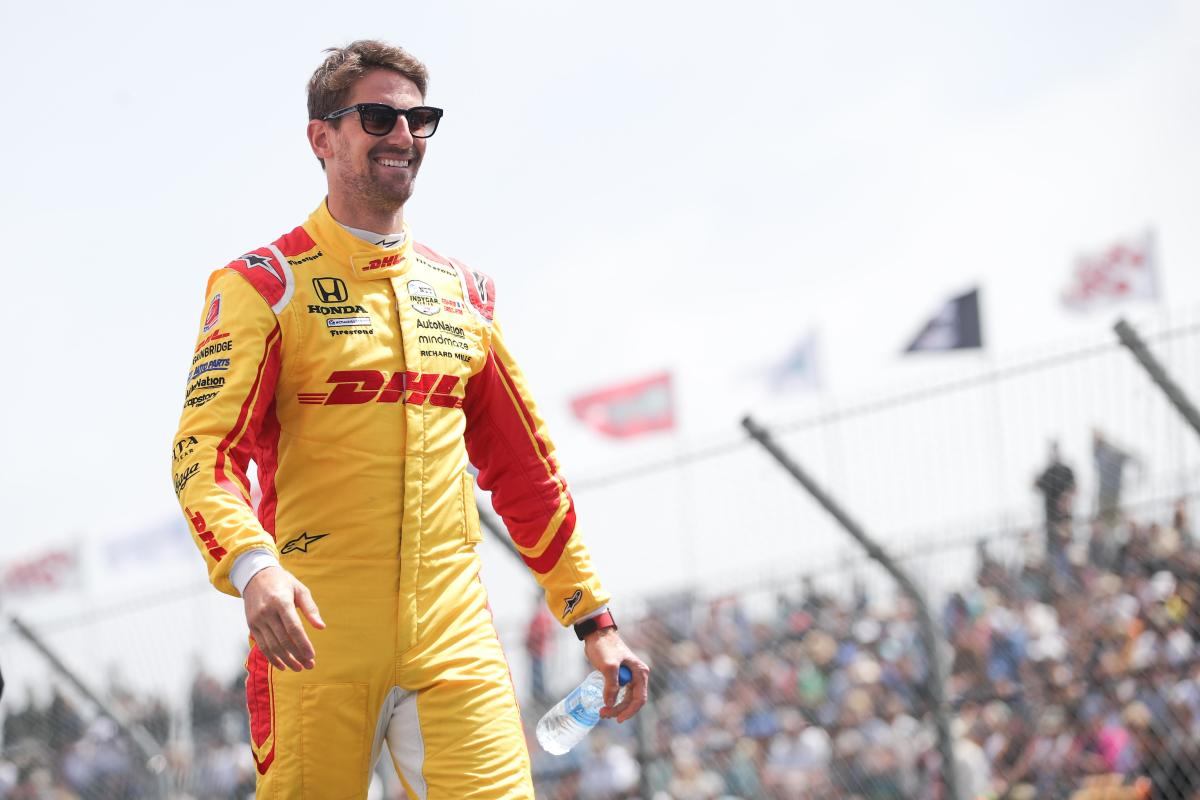 Badly in need of a solid result after disappointments in the first two races of the NTT IndyCar Series this season, the Andretti Autosport team was in a strong position on Sunday at the Acura Grand Prix of Long Beach.

Colton Herta had smashed the track record in qualifying and turned his starting pole position into a comfortable lead in the opening laps. With teammates Romain Grosjean and Alexander Rossi well hidden in the top 10, the possibility of an Andretti driver on the top step of the podium seemed likely.

Until that is no longer the case.

Herta lost its lead after a hiccup during its first pit stop, then retired from the race with 29 laps to go as it tried to catch leader Josef Newgarden and second-placed Alex Palou.

He let Grosjean and Rossi give the Andretti team their best result of the season, and they delivered. Grosjean, who started sixth, harassed Newgarden all the way and finished second, and Rossi finished eighth to help soften the disappointment of his 20and-place arrived in St. Petersburg and 27and (last place) in Texas. Andretti’s rookie Devlin DeFrancesco crashed mid-race and finished 25thand.

“I think it’s going well,” Grosjean said of the Andretti team’s performance so far, despite the challenges of the first two races. “We had very, very little testing before we got to St. Pete. We (tested) one day in Sebring then (ran to) St. Pete, then two days we wanted to test (in Texas), it snowed.

Grosjean even missed a considerable amount of practice time on Friday at Long Beach due to “a little (unidentified) problem, so we lost Friday as a session on my side. I think looking at the race there are maybe things we would have done slightly differently, but I think we had the right strategy. We had a good pit stop from the guys, good communication and then a P2 so that’s pretty good.

Grosjean’s crew changed to more grippy alternative tires on their final stop and the fresh rubber helped them close in on Newgarden in the closing laps, but not close enough.

“I think Josef had it,” Grosjean said. “I was looking at turn 11, the hairpin, doing a lunge on the last lap, maybe if I got close enough. But I don’t think I was close enough on that lap and Josef was driving well and making no mistakes.

“The car is simple to drive,” said Grosjean. “There is one thing I need to improve to make it more to my liking, but I think we have a very strong starting base and a car that can go very fast. If I had started P2 today (he started 8th), things would have been a little easier.

Grosjean climbed to sixth in the IndyCar standings with 75 points, 43 behind leader Newgarden and eight behind fifth-placed Scott Dixon.

Rossi had a great day, especially compared to his first two races. He started sixth and climbed to third on lap 21 when he scrubbed the sidepods to pass Felix Rosenqvist at Turn 1.

At that point, Herta maintained the lead they had held from the start and all seemed well in the Andretti camp. But a discolored front right tire worried Herta, and a slow first pitstop cost her the lead.

His 9.4-second stop was nearly two seconds slower than Palou, who had stopped two laps earlier and held the lead over Newgarden and Herta once the pit cycle was complete.

Later, trying to close the gap heading into another set of pit stops, Herta told his crew over the radio that his front right “was done again”.

Braking hard at the end of the backstretch, Herta’s right front jammed and nose-dived into the wall at Turn 9. That left him 23rd, his lowest this season after a fourth in St. Pete and 12and in Texas.

“I went in there and locked the right front and that was it,” Herta told NBC. “It’s just a stupid mistake. We were definitely into this thing. We were … follow and Alex and Josef. I feel really bad. The car was fantastic. I just overdid it a bit today.

Herta, seventh in the season standings entering the race, is down to 11and.