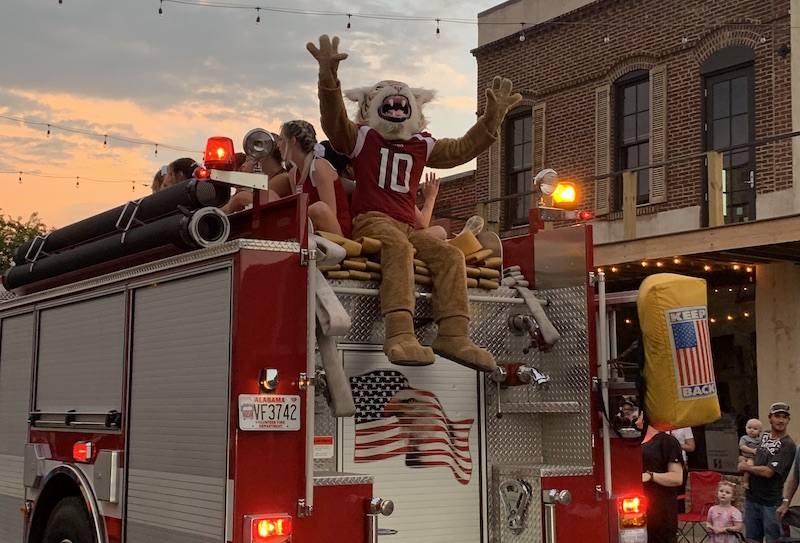 By SASHA JOHNS | For the journalist

COLOMBIAN – Homecoming in any town is full of tradition and excitement, but at the county’s oldest high school, Shelby County High School, those roots celebrations run a little deeper.

This year, due to the threat of inclement weather, the city made last-minute changes that would continue the long tradition of going back to basics. It was decided that a quick and organized stopover on the eve of the game, Thursday, September 8, was the right decision when it came to organizing the annual homecoming parade on Main Street as well as the gathering of encouragement at the gym.

The whole town, full of longtime alumni, showed up to support the Wildcats on Main Street. The parade, one of four held annually on Main Street, was led by the Working Wildcats and the Pride of Shelby County Marching Band. The parade was made up of floats from each class, with themes from films such as “Teen Beach Movie”, “Top Gun”, “Toy Story” and “Pirates of the Caribbean”. The SCHS XC team also joined in on the theme with a Star Wars-themed tank emblazoned with the words, “May the course be with you,” on the side of the screen.

The rest of the parade included sports cars carrying contestants back to court, fire trucks with the school’s mascot, Wiley the wildcat, perched atop, and displays of elementary and middle school bands from schools. surrounding Columbiana.

After the parade was over, the crowd headed to the gymnasium for the annual cheer rally where cheerleaders, color guards, majorettes, show choir, drums and even Wiley, all demonstrated. their support and skills to support their team.

Coach Zeb Ellison gave a heartfelt speech thanking the community for supporting the youth and the football team. Ellison mentioned many sponsors and supporters, such as Zach Kelli and Rob McElroy, who have helped the team take care of the pitch and the press box over the past year.

After all the introductions, Milo Pasquini and Victoria Farish have been named the 2022-23 SCHS Homecoming King and Queen.

Before the rally ended with a competition between the classes for the best applause and support, the Wildcat cheerleaders put on a stunt and dance display, followed by Wiley the Wildcat bestowing the coveted spirit stick on the senior class.

Pre-game activities for the reunion went off successfully despite being brought forward a day.

The whole evening was summed up with the words of the group’s mother, Karen Jackson, at the end of the parade, “Go Wildcats!”