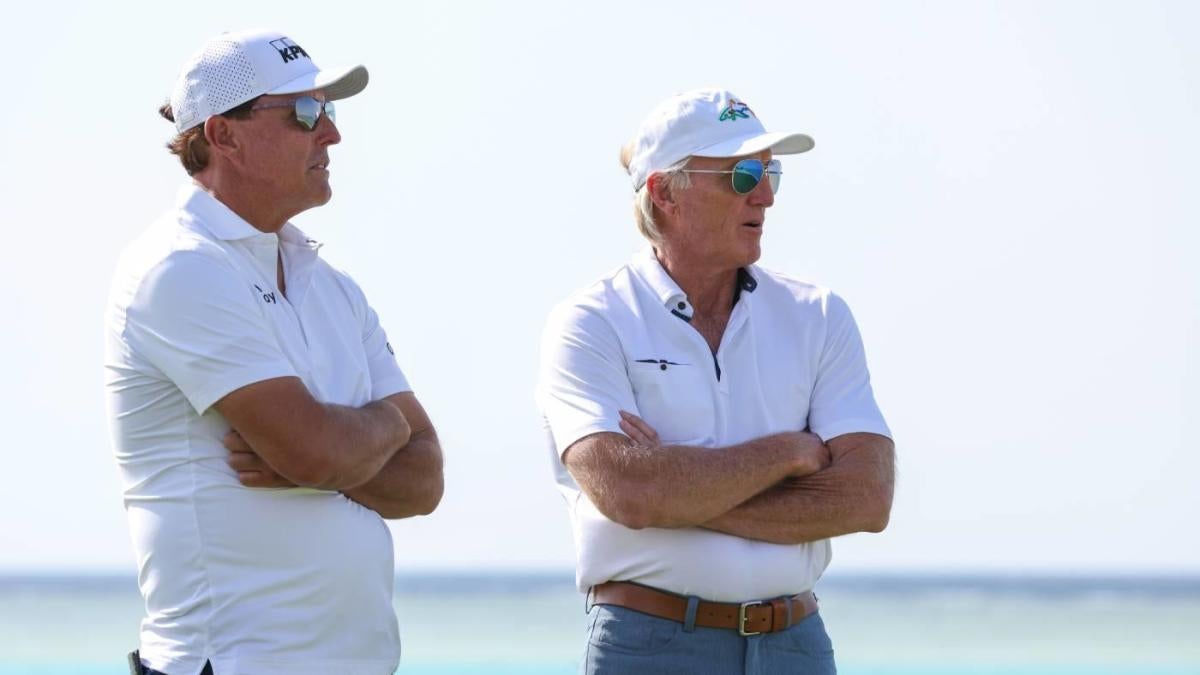 Professional golf is at a crossroads, and not everyone knows it. Rival golf leagues pop up around every corner like McDonald’s, golfers are expected to take their talents to greener pastures – money-wise – and it’s hard for the casual golf fan to keep up with exactly what happens.

The PGA Tour and DP World Tour (formerly known as the European Tour) still command the services of the best players in the world – all independent contractors – but now those players have options in the form of LIV Golf and, technically, the Premier League of golf.

The volume surrounding LIV Golf has increased since the Genesis Invitational when Phil Mickelson’s controversial remarks about the Saudi regime, which funds the league, were made public. The six-time major champion has been in hot water for the better part of three months for his pivotal role in the Saudi-backed golf series. In late April, Mickelson’s agent, Steve Loy, confirmed Lefty’s entry into LIV Golf’s first event.

Slowly but surely, other players are beginning to follow in Mickelson’s footsteps. There were official announcements made by Robert Garrigus, Lee Westwood and Richard Bland as well as unofficial claims made by Sergio Garcia, Jason Kokrak and Adam Scott. Kevin Na, Bubba Watson, Louis Oosthuizen, Ian Poulter and former world number one Martin Kaymer have all been connected to LIV Golf through various reports.

On Tuesday, LIV Golf CEO Greg Norman said sky sports that 19 of the world’s top 100 players, including six in the top 50, have pledged to take part in the inaugural event next month in London. Although the names have yet to officially surface, LIV Golf plans to release them to the public next week during the PGA Championship.

What is LIV Golf?

Currently led by Norman, LIV Golf is running an eight-tournament series starting this summer with some truly outrageous purses ($20 million in individual prize money, plus a team payout of $5 million). These payouts are funded by Saudi Arabia’s Public Investment Fund, which Norman says just provided an additional $2 billion in funding, and this series of eight events is seen as the precursor to a league to full one year. The goal is to increase to 10 tournaments in 2023 and 14 tournaments the following two years. The whole thing is already a bit messy, especially with distribution is not going well and ticket prices are skyrocketing.

who could play, and when?

Some names are mentioned above, but who else is even eligible? The PGA Tour allows players up to three “outings” per season to play on various world tours. The Saudi International in February is an example of an event for which press releases are given because it was part of the Asian Tour. Some sort of quid pro quo with the PGA Tour has been agreed for those who choose to participate. Players who chose to play had to agree to play in a future AT&T Pebble Beach Pro Am on the PGA Tour as the event was held the same week.

There are eight LIV golf events in total in 2022, and the PGA Tour shouldn’t grant releases to all of them (the DP World Tour could take a different stance). Additionally, the PGA Tour does not waive tournaments in other leagues taking place on North American soil when they coincide with PGA Tour weeks, which could be true for up to five of the eight tournaments. of golf LIV. This means that a battle between the leagues might not take place on the golf course, but rather in a courtroom.

The deadline for players to submit their application for the first LIV Golf Invitational Series event in London was April 25, with the PGA Tour’s decision scheduled for May 10. There would have been a total of 170 entries to play. Much will be made of those who get releases for the June 9-11 London event, but the PGA Tour will likely release many players for this event.

The biggest point of contention concerns the second LIV Golf event in Portland from July 1-3. The final three rounds of the PGA Tour’s John Deere Classic are scheduled for the same dates, and whoever isn’t there may have a bigger storyline than the one in contention.