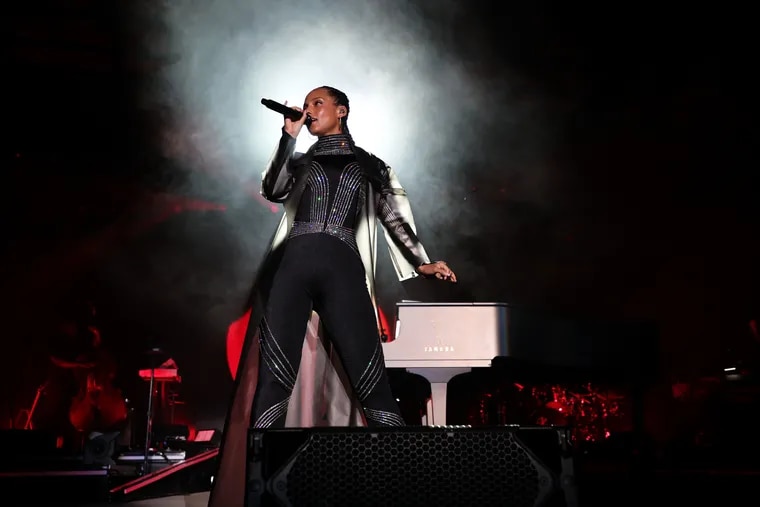 1. Adult swimming party. The three-day Fishtown Affair celebrates the absurd sensibility of Cartoon Network’s late-night animated and live-action block. It will include two comedy shows a night at Punchline Philly, musical headliners at the Fillmore including Run the Jewels, Tierra Whack and Dethklok, indie bands at Brooklyn Bowl Philly like Hop Along and RJD2, and program screenings swimming for adults. Day passes range from $169 to $399. Prices for individual events vary. Doors open at 4:30 p.m. 8/5, noon, 8/6-7, on the Fillmore Campus, 29 E. Allen St., adultwimfestival.com

2.Roger Waters. The songwriter and conceptualist behind Pink Floyd The dark side of the moon and The wall made his first appearance in Philadelphia in five years. Water shows are always visually arresting presentations of state-of-the-art arena rock theatre. The This Is Not A Drill tour will of course come with a flying pig and Waters’ sharp political views, as well as Syd Barrett memorabilia and many songs from Pink Floyd’s 1975 LP. wish you were Here. $45-$175, 8 p.m., 8/5-6, Wells Fargo Center, 3601 Pattison Ave., wellsfagocenterphilly.com

3. Oliver Lake’s Justice with Sonic Liberation Front. Jazz composer and multi-instrumentalist Oliver Lake has a decades-long career as a boundary-pushing musician, as the founder of the World Saxophone Quartet and with Bjork, James “Blood” Ulmer and others. The new music of the 79-year-old maverick, Justice: The Vocal Works of Oliver Lake, was recorded at Ardmore’s Range Recording Studio and puts a new emphasis on vocals and spoken word poetry, pairing it with the Sonic Liberation Front and the Sonic Liberation Singers of Philadelphia. Free, 8 p.m., 8/5, Atonement Evangelical Lutheran Church, 1542 East Montgomery Ave., nkcdc.org.

4. Phishing. Yes, Trey Anastasio and his crew were just in Philadelphia, playing two shows at the Mann Center last month. And now they’re back across the freeway from Atlantic City, with a trio performing on the beach in a repeat of their three-night surf stand last year, which drew more of 30,000 fans per night. $85-$325, 7:30 p.m., 8/5-8/7, Arkansas Avenue Beach, Atlantic City, phishing.com.

5. Orchard Lounge feat. Ichisan. When Phish wraps up, the afterparty begins at Anchor Rock Club, just steps away from where Phish’s heads will be wriggling their toes in the sand. Each night the party will be presented by Chicago house music collective Orchard Lounge with special guest Ichisan, known as the Slovenian prince of disco. There is also a series of free Phish-related acoustic events at the site during the day on Saturday and Sunday. $18 or $50 for a three-night pass, 11 p.m., Aug. 5-7, Anchor Rock Club, 247 S. New York Ave., Atlantic City, www.ancrerockclub.com.

8. Burning spear. Jamaican legend Winston Rodney – also known as Burning Spear – made a series of essential reggae albums in the 1970s and 1980s, beginning with Marcus Garvey in 1976. In 2016, he announced his retirement, but is back for his fan appreciation tour. This show has been moved from the Mann Center to the TLA and will feature several opening acts. $38-$128, 7 p.m., 8/6, Living Arts Theater, 332 South Street, tlaphilly.com.

9. Alicia Keys. Alicia Keys will be both on the Shore and in town this weekend. The 15 Grammy Award-winning singer who opened her US tour in Charlotte earlier this week performs at the Hard Rock Hotel and Casino on Saturday, then heads to the Met Philadelphia on Sunday. Well-matched Philly R&B novelist Pink Sweat$ opens the Met show. $180-$299, 8 p.m., 8/6, Hard Rock Hotel & Casino, Atlantic City, 1000 Boardwalk, hardrockhotelatlanticcity.com. $195-$665, 8 p.m., 8/7, 858 N. Broad St., themephilly.com.

10. Rolling Blackouts Coastal Fever. This five-piece Australian band revel in their 1980s jangle rock reference points, from REM to Go-Betweens to dbs. They have not one but three singer-guitarists, and while the division of labor makes the group’s personality somewhat diffuse, the richness of their guitar sound is anything but. With grocer and dropper. $18, 8:30 p.m., 8/7, 1200 Callowhill St., Philadelphia, undergroundarts.org.