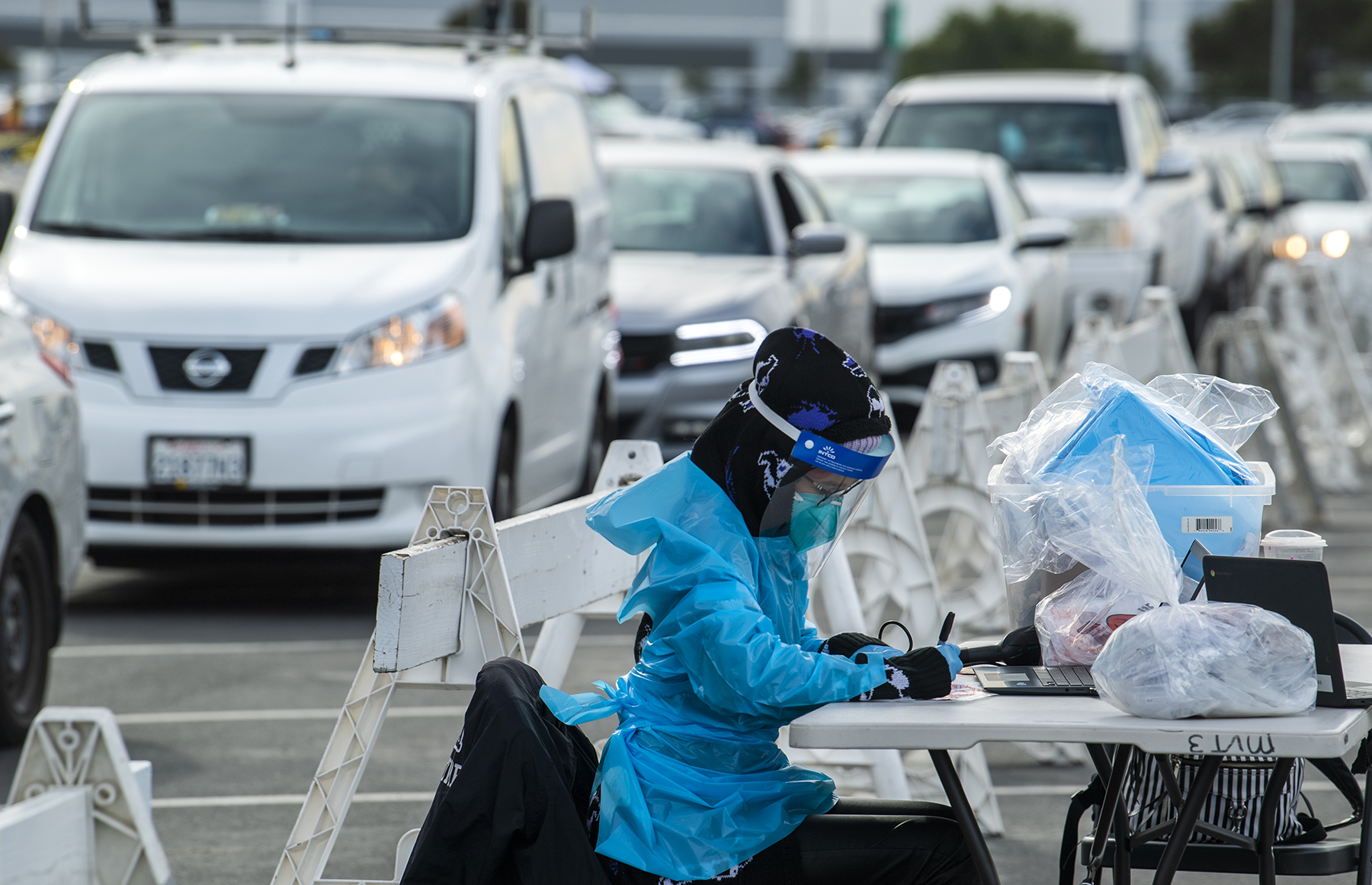 While Long Beach has seen some of its highest COVID-19 case rates since winter, hospitalizations and deaths have so far remained low, with health officials attributing the county’s high vaccination rate . In Long Beach, 74.4% of residents age 5 and older are fully immunized, but only 37.7% received a booster, according to city data.

There are only 13 Long Beach residents hospitalized with the coronavirus. That translates to 1.5 per 100,000 population and 1.6% of staffed inpatient beds occupied by COVID-19 patients, according to the city. Still, the recent increase in outbreaks in the city, including in schools and nursing facilities, has played a role in the city’s return to average levels.

The medium level is the second of three levels defined by the CDC to measure the impact of COVID-19 at the community level by county. Reaching “high” levels would require a sharp increase in COVID-related hospitalizations.

Moving to the “medium” transmission level does not trigger any new masking rules or business shutdowns.

As the winter surge in cases eased this year, Los Angeles County and Long Beach were among the last major municipalities in the nation to maintain strict mask mandates.

In February, Long Beach said its indoor masking requirements would be lifted once the city reached a seven-day cumulative rate of less than 50 cases per 100,000 population.

But in early March, Long Beach lifted its mask mandates though the case rate remains double that number, with the city following new federal guidelines.

Long Beach health order was last updated in April, ending mask requirements in most indoor settings. But the city continues to require people to wear a mask on all public transportation, including buses, trains and rideshares, as well as at indoor transportation hubs such as airport terminals.