Reflections on – and in 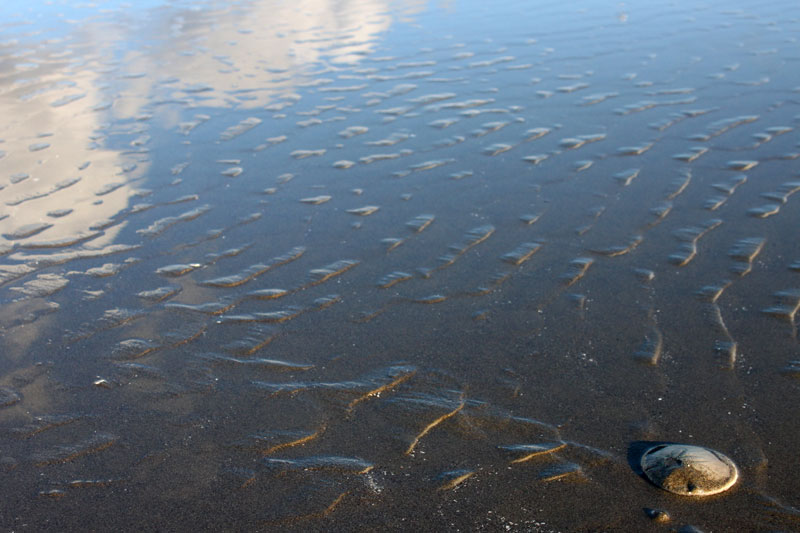 Reflections on – and in – the Oregon Coast: Surreal Photo Essay

(Oregon Coast) – Beaches are often at their best in thoughtful moods. And no, that doesn’t always mean quiet contemplation as you stroll the Oregon Coast, though there’s certainly no doubting the rejuvenating quality of a tidal stroll.

Often the most striking thing is the glassy surface that the beach can acquire, creating a magical, even surreal moment, where sky, sand and sea meet seamlessly. The beach itself contains the very image of the sky, creating a dreamlike scene that is both exquisite and a little head-turning. Then there’s this sudden, really awesome feeling that maybe, just maybe, you’re walking in the sky.

Besides creating that sense of an alternate universe, it’s a photographer’s dream. If you’ve ever been behind the camera, you’ve felt it: an irresistible urge to immediately start clicking at lightning speed.

Case in point, above: in Seaside, where the area’s oh-so-delicious secret is that North Seaside has the most unbroken sand dollars along the Oregon Coast. Pair that with the stunning face of the sky reflected in the wet sand and you’ve just landed the money shot. Seaside Hotels – Where to eat – Seaside maps and virtual tours 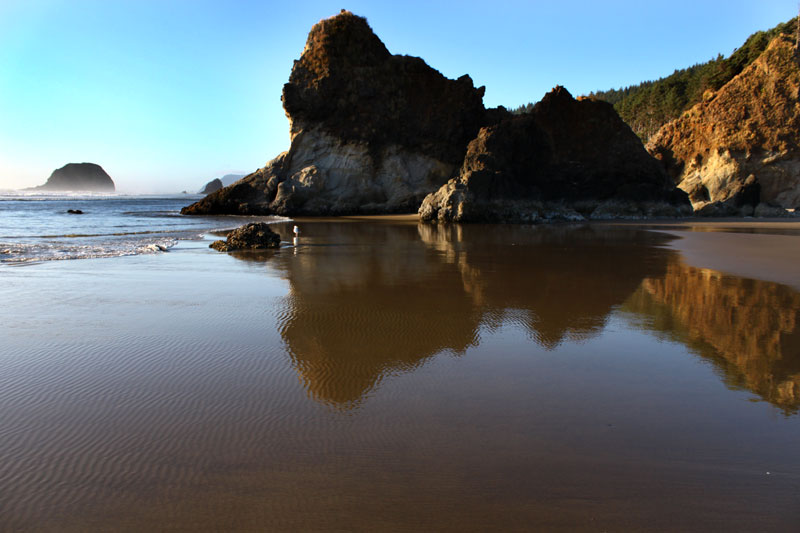 Here near Cannon Beach, Arcadia State Park does something similar, though this time it’s the rock structures at the family favorite spot that get a double image. Cannon Beach Hotels – Where to eat – Maps and virtual tours of Cannon Beach 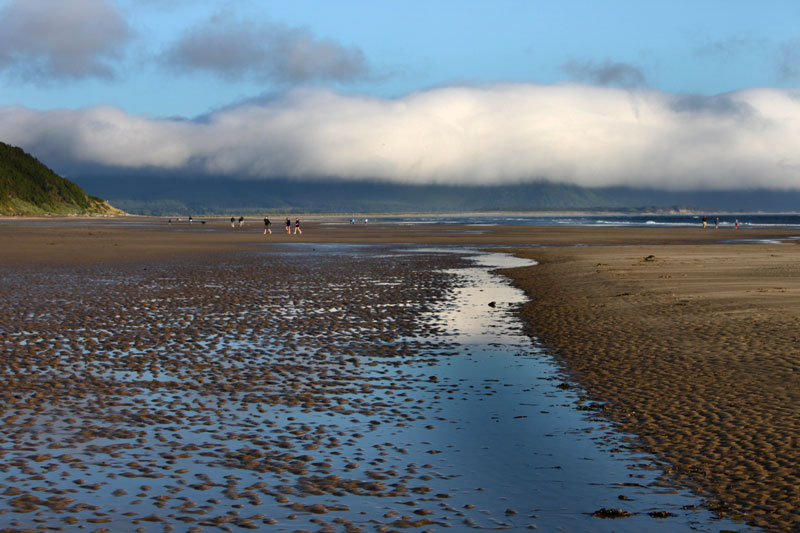 Oceanside – near Tillamook – sometimes shows this striking sight. The large pools of water come from unusually high sand levels that literally push the tide further than usual, but they also collect large chunks of seawater for long periods of time. They allow what is above to appear below. 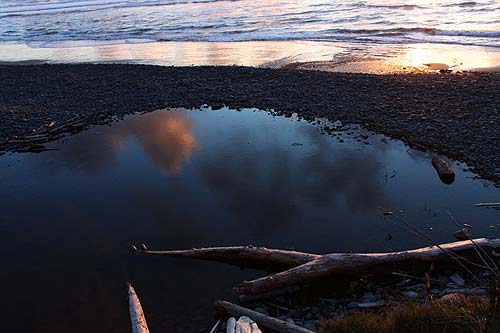 Between Cannon Beach and Manzanita is the very clandestine spot called Falcon Cove, sometimes called “Magic Rocks Beach” because of the clanking noises the tide makes on the large rocks. Here, on a captivating spring day, a huge pool of water shows you what the last rays of the sun look like in the sky above. Cannon Beach Hotels – Where to eat – Maps and virtual tours of Cannon Beach 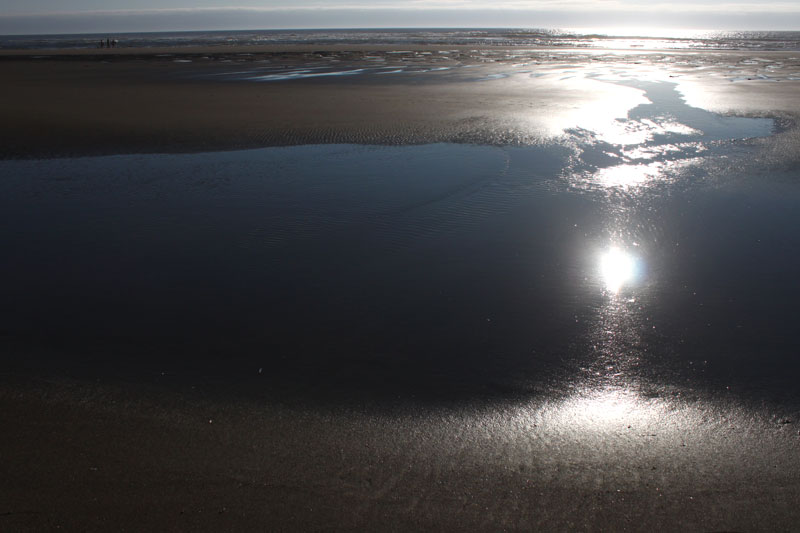 Near Waldport, Governor Patterson State Park has also seen significant high sand levels at times, resulting in that jaw-dropping piece of wet sand that lets the sun shine down on you – from the ground. Hotels in Waldport – Where to Eat – Waldport, Seal Rock Maps and Virtual Tours 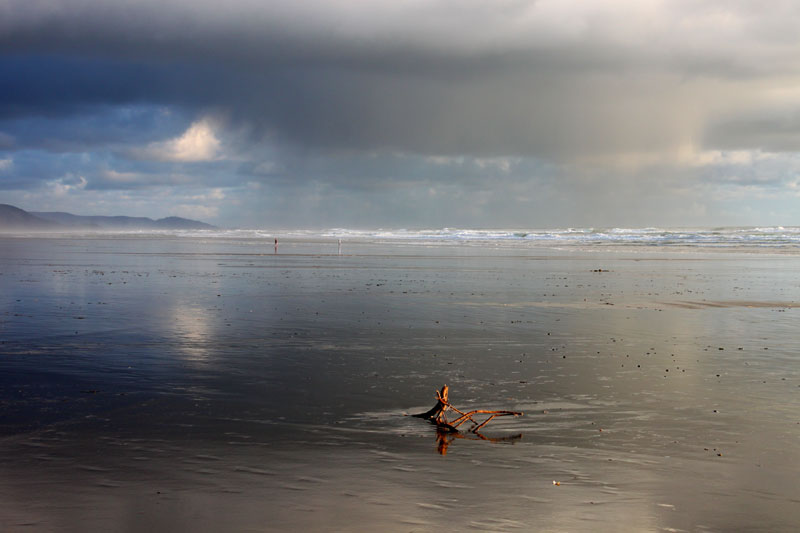 Manzanita is always one of the most interesting and relaxing areas to poke around, and the spring creates the wet wisp that made this sight incredible and surreal. Spring clouds are usually most spectacular at this time of year, adding to the spectacle. Save on Top Manzanita Hotels – Where to eat – Manzanita, Wheeler Maps and Virtual Tours 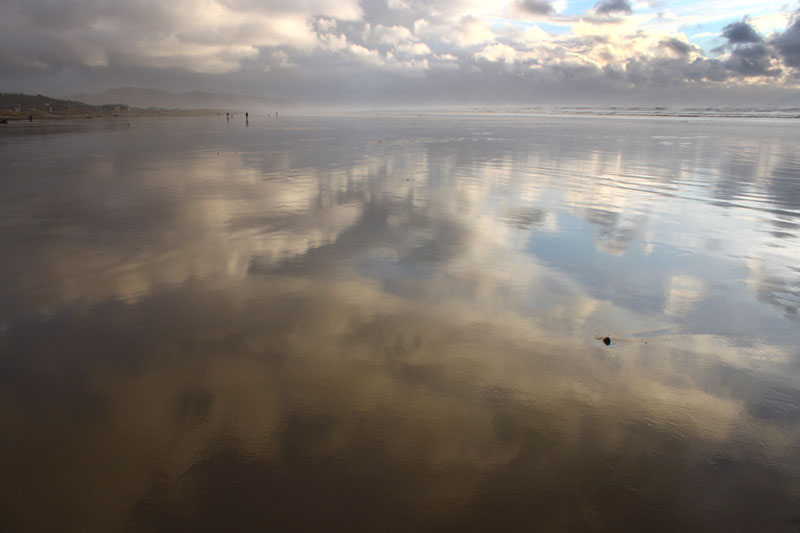 Another example of that same beach and shoot sequence is here. Save on Top Manzanita Hotels – Where to eat – Manzanita, Wheeler Maps and Virtual Tours 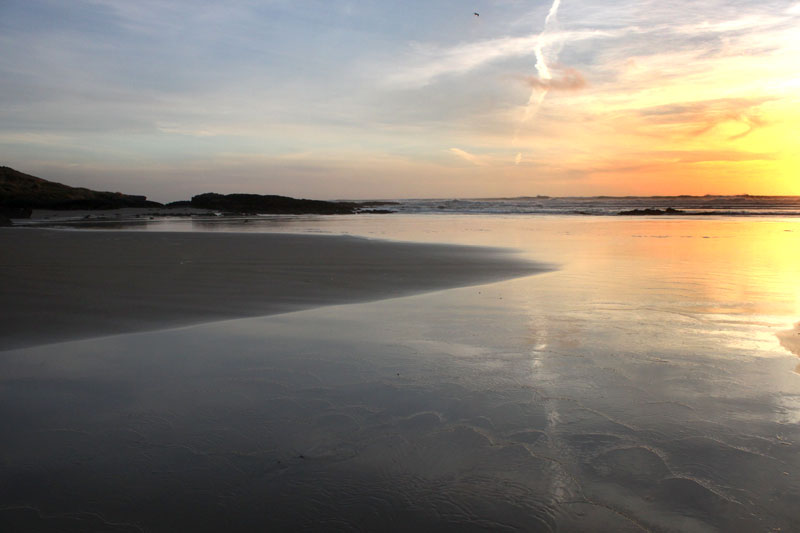 Strawberry Hill near Yachats can sometimes look like this. The place is known for its intricate landscape – a mix of sandy expanses amidst a maze of slabs and rocky drops. This time the sand stole the show. Hotels in Yachats – Where to eat – Maps and Virtual Tours of Upper Lane County