Prison for a couple who lied to Covid-19 contact tracers about their whereabouts, activities, Courts & Crime News & Top Stories 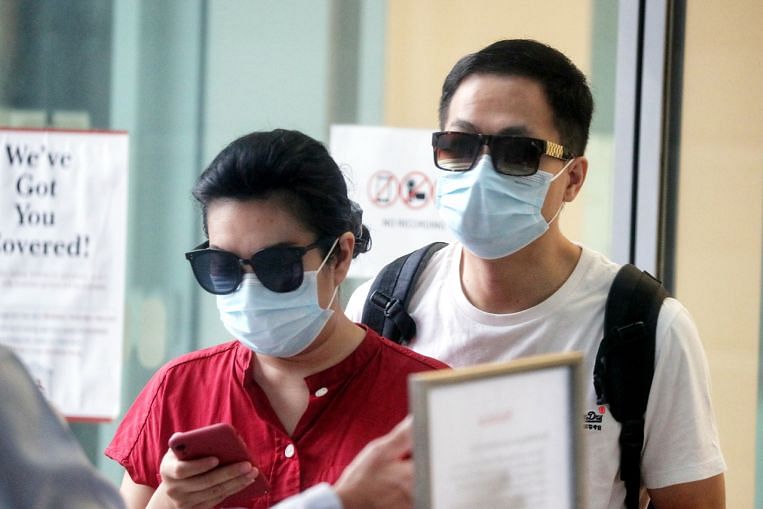 SINGAPORE – A woman who repeatedly prevented a health worker from performing her duties amid the Covid-19 epidemic by withholding information and giving false information was sentenced to six months in prison on Wednesday, November 24 .

Shi Sha, 38, had previously been convicted of four counts under the Infectious Disease Act.

On Wednesday, her husband, Hu Jun, 40, was sentenced to five months in prison after being found guilty of a charge under the law. He had deliberately withheld information from another health worker.

They were the first two people to be charged under the Act in connection with the current pandemic.

Shi was living in Singapore when her husband flew from Wuhan, which was the epicenter of Covid-19 at the time.

In an earlier statement, the Department of Health (MOH) said Hu arrived in Singapore on January 22 last year and was confirmed to be infected with Covid-19 nine days later. He recovered and was released from the hospital on February 19.

Shi was identified as his close contact and issued a quarantine order on February 1 after the health ministry launched contact tracing to identify those who may have been exposed to him.

Deputy Prosecutor Timotheus Koh said in his remarks the couple lied to contact tracers about their whereabouts and activities in Singapore between January 22 and 29 last year to protect their privacy.

He added: “It was imperative that the Department of Health obtained accurate information on their movements in Singapore to identify and isolate people who had come into close contact with them to stem the spread of Covid-19 here.

“By lying about their trips to Singapore, the defendants have hampered this critical exercise by the Ministry of Health.”

Between January 22 and 28, Hu visited the Long Beach @ Stevens restaurant in Stevens Road and the Ngee Ann City mall in Orchard Road, among others.

Public health worker Georgina Lim testified in court that Shi told her she was in isolation at home with her husband.

But records from the Land Transport Authority showed that Shi had booked trips from the private car rental service Grab to several locations – including the town of Ngee Ann – in late January, Ms. Lim said.

Records also showed that she booked a Grab ride from Studio M Hotel at Robertson Quay to Singapore General Hospital on January 29.

Ms. Lim said this was contrary to what Shi told her – that she reported a blue cab outside their home to take her husband to the hospital that day.

In his observations, DPP Koh said the couple claimed they had not lied to the contact tracers.

They also claimed that the charges against them resulted from misunderstandings due to the language barrier and contact tracers rushing through the process or asking overly specific or unopened questions.

The couple were represented by lawyers Steven John Lam and Fiona Oon.

Speaking in July this year, Shi told the court she had difficulty communicating with the contact tracer and their conversation in Mandarin was like a chicken talking to a duck.

DPP Koh on Wednesday urged the court to sentence Shi to eight months in prison and her husband to a shorter term of five months.

He told Judge Ng that this was a “high guilt, high gravity” case and the couple were prepared to “put their personal interests first”.

Noting that at no time was the word ‘remorse’ mentioned in their mitigating plea, DPP Koh added, “They were determined to be dishonest.

Mr Lam said his clients “generally had a good character” and that Hu had isolated himself after showing symptoms of Covid-19. He added that Shi did the same because she had been his wife’s close contact.

The couple have been offered bail of $ 15,000 each as they intend to appeal their convictions and sentences.

For each charge laid under the Act, a first offender can be jailed for up to six months and fined up to $ 10,000.