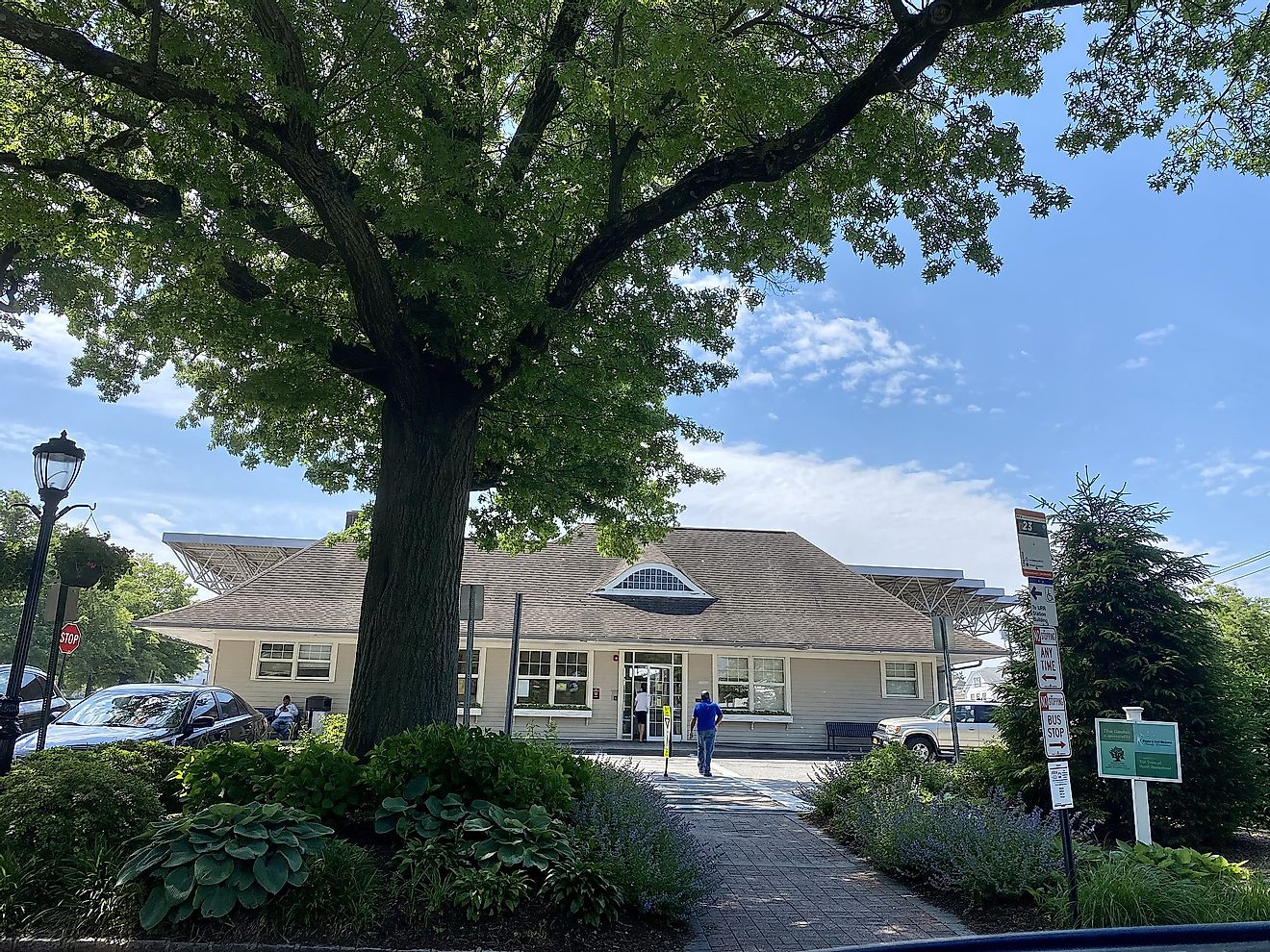 Port Washington is a vibrant community located 27 km from New York and easily accessible by car, train or boat. It features tree-lined residential streets, beautiful parks, beautiful historic homes, free summer concerts, and fantastic restaurants. Visiting Port Washington is a great opportunity to escape the hustle and bustle of the city and enjoy the sunset over the calm waters of Manhasset Bay. There’s a lot to see in this small community, and visitors can expect to make lasting memories during their stay. Visitors will certainly not forget the feelings of warmth and security they will feel walking the streets of Port Washington.

Port Washington is located on the north shore of Long Island in the US state of New York. It is a hamlet in the town of North Hempstead in Nassau County, New York. The hamlet is bordered by bodies of water on two sides: Manhasset Bay to the west and Hempstead Harbor to the east.

In Port Washington, the summers are warm, humid, and wet, while the winters are cold, snowy, and windy. The temperature varies between 26°F and 84°F throughout the year. Therefore, the best times to visit for warm weather activities are mid-June to mid-July and early August to late September. However, the temperature rarely drops below 13°F or rises above 91°F. Generally, the sky is partly cloudy all year round.

Port Washington was originally a sand mining town in the late 19th century and had the largest known sandbar east of the Mississippi River. Port Washington sand has been used to make concrete for some of New York’s most important skyscrapers, including the Chrysler Building and the Empire State Building. It is interesting to know that the most spectacular skyscrapers in the world were built with “Cow Bay Sand.” In 1898, a station was built by the Long Island Rail Road in the city, allowing visitors to travel to the area by train. This made Port Washington a dormitory community for New York City commuters. The waters of Manhasset Bay in New York City were considered suitable for seaplane operations. Therefore, in 1939, Port Washington was Pan-American World Airways’ New York base for their seaplanes, which performed the first-ever transatlantic passenger flight. Although much has changed in Port Washington over the years, many historic homes have been preserved. History buffs can visit the Port Washington Public Library to browse local historical material and archived collections. Today, Port Washington is primarily known as a beautiful waterfront area that includes beaches, parks, and marinas.

Population and Economy of Port Washington

Port Washington has a population of 15,808 with a median age of 42.3 and a median household income of $141,667. Given the relatively high median household income, it’s no surprise that Port Washington is a white-collar city, with 92.38% of the workforce employed in white-collar jobs. Most residents work in management, business, and financial professions. It is worth mentioning that the character of Port Washington is shaped by its artists, as the city has more artists, designers and media professionals than 90% of American communities. The largest number of Port Washington residents self-identify as white. However, the city is ethnically diverse, as it is home to people from various ethnic and racial groups. This becomes apparent when looking at the ancestry of the townspeople, who are mostly of Italian, Irish, German, Eastern European and Polish descent.

Visiting Port Washington for a weekend might not be enough to take in all it has to offer, but Sands Point Preserve is a great place to start the adventure. The admirable reserve includes a 216-acre park of stunning scenery, historic mansions, breathtaking rose gardens and freshwater ponds. The reserve offers year-round cultural programs, mansion tours, fitness activities, and private event services. It is committed to providing its visitors with an unforgettable experience while remaining true to its mission of preserving the past and serving the future.

Port Salt Cave is the ultimate place for relaxation and well-being. Visitors can enjoy the calming and detoxifying effects of salt therapy which result in reduced stress, increased energy and better sleep. Port Salt Cave differentiates itself from traditional salt caves by using the most innovative technologies to replicate the atmosphere of a salt cave through a controlled therapeutic microclimate. Visitors can also browse the unique items in the cave shop, such as handcrafted jewelry, salt lamps, natural stones, and skin care products.

North Hempstead Beach Park is a destination for all beach lovers as it has several sports courts, bathhouses and fishing facilities. The beach hosts annual fireworks on Memorial Day and 4th of July and is host to “Beach Party” a late summer festival held every September with food, music and games for all ages. Port Washington offers an exquisite dining experience, with the restaurants offering a wide range of dishes. Some overlook sparkling Manhasset Bay and offer alfresco dining during the warmer months. Plus, there are plenty of bagel shops, pizzerias, and cafes for people to grab a bite to eat on the go.

Port Washington is a quaint waterfront hamlet that is the perfect place to escape the hectic daily life of the city. This hidden gem offers beautiful natural scenery, a ton of fun activities, and a wide array of great food. As Port Washington represents many ethnic and religious backgrounds, visitors and residents alike can feel a deep sense of community pride in this beautiful North Shore destination!