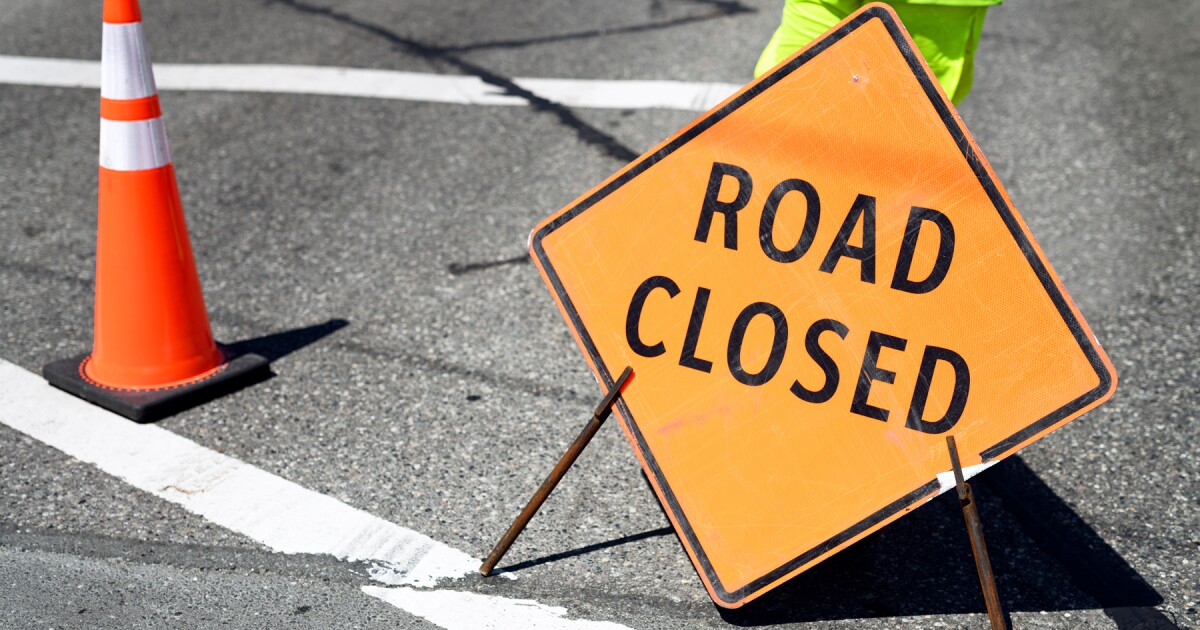 Supporters and opponents of the Slow Streets program on Diamond Street, though diametrically opposed at the February 16 Pacific Beach City Council meeting, found common ground on one point: the city spoiled the participation of the community to the project.

A preliminary plan to replace portable A-frame signs that mark off Diamond Street’s “slow street” area and redirect through traffic with permanent bollards in July, as well as narrowing the car-only lane with new strips, was unveiled by Kohta Zaiser, Mayor Todd Gloria’s representative.

Residents of Diamond Street and the immediate area attended the Zoom meeting. For some, this was the first public forum regarding San Diego’s Slow Streets program since its inception on the stretch of Diamond Street from Mission Boulevard to Haines Street in April 2020.

“I called to try to get access to Zoom to just get a voice because I haven’t had a voice yet,” said Janice Bowman, a Diamond Street resident for nearly 30 years. “I just feel like I’ve been cut down. It’s not the process we usually go through. … From the way it’s been presented, it looks like it’s already been done. How Is this a done deal when you haven’t asked any of the people who live here?It’s incredibly upsetting.

Zaiser’s presentation of the July upgrades was based on conversations with city engineers and mobility department personnel. Although no renders were produced, Zaiser promised to release them if they became available.

“This is a pilot program,” he said. “It’s the first of its kind in the city. So PB is where we test this. There really isn’t anything else to report in the whole city that can serve as an example of how this is going, going forward. You are really the first… This is something that will last for a while.

The Slow Streets program is designed to open streets for safer use by pedestrians, cyclists, skaters, scooter users and other non-vehicular vehicles by closing segments of the road to all vehicular traffic, except residents, delivery personnel and emergency vehicles.

The program was launched on many city streets during the first wave of the COVID-19 pandemic in the spring of 2020 so that the public could enjoy outdoor activities while maintaining appropriate social distancing.

The city has since taken down all slow streets except for Diamond Street. When asked why the slow street in his North Park neighborhood was eliminated, Zaiser said vandalism and theft took their toll on city resources to repair damage and replace signs when staff was reduced by the pandemic.

“So because we didn’t steal the signs, we’re going to be permanently closed?” Bowman asked.

Even though residents are allowed to drive on the slow street, Elizabeth Gray, whose family has owned property on Diamond Street since 1950, argued that bikers and skaters have taken over the street and abuse residents who drive there. , claiming that she barely avoided being hit. by a group of scooter riders once.

“People who have cars on Diamond Street have been harassed by people who ride bikes and rollerblades and whatever,” Gray said. “People who use it are not polite. It’s just a fact.

The effects are not limited to Diamond Street. Residents of adjacent Missouri Street have complained that traffic there has tripled since Diamond closed.

Missouri Street resident Jeremy Adler said the city should reopen Diamond Street until it develops a comprehensive traffic control strategy that could include speed bumps and other measures on adjacent streets to a slow street is safe for the whole neighborhood.

“To take a few blocks off a street in the middle of PB and not even go through the canals and really do it in the aftermath of an emergency and then keep it beyond that; for me, it’s really not appropriate and hopefully it can come back to the channels,” Adler said. “We can discuss it. I’m not even saying it’s the wrong thing to do. I just think process-wise, we have to start over. It’s just too contentious to just ram into our neighborhood. There are simply too many factors to consider.

However, the slow street is not without followers. Michelle Sexton argued that the view from her porch on Diamond shows a revitalized and vibrant neighborhood since the Slow Street launched.

“Before, you hardly saw anyone on the street,” Sexton said. “We got to know many neighbors who walk around every day. It’s a heavily used street…by many different types of people. There is an hour to walk the dog. We see so many people walking their dogs, walking their kids in strollers. And kids having a safe route with less traffic to get to school is really important.

With statistics showing nine pedestrians have been hit by vehicles in Pacific Beach since the start of 2022, Katie Matchett, president of Beautiful PB, said the slow street designation isn’t just for Diamond Street residents.

“One of the reasons PB was chosen for this program is that we are one of the most dangerous communities for people walking and biking in our city,” Matchett said. “I love using slow street. I hear dozens of people all the time that they love slow street. A lot of my neighbors use it regularly to get to the beach.

Of the resident speakers, six were in favour, six opposed and four neutral. Yet even developers such as Neil Boyle, a 30-year Diamond Street resident, could not approve of the city’s crude approach to implementing the program.

“I share the concerns of people on other streets and how it affects them and the fact that there was really no audience – or very little audience – before the decision was made,” Boyle said. “It’s a huge no-no when you do a project like this. You’re going to have to recover there, because you have to get people’s input. You can’t just make a decision without them.

“The planning process tool took place long before Mayor Gloria took office and I was even reviewing this project,” Zaiser said in response. “I hear the concerns about the lack of public engagement, but those decisions made before, I really can’t address them.”

Karl Rand, vice chairman and president of PB Planning Group, said the group held no hearings when Diamond Street was changed due to the pandemic. However, he said the planned improvements in July and the public response would likely change his band’s course.

“I want to let people know that a lot of what Kohta (Zaiser) is saying tonight is new to me,” Rand said. “The planning group really wasn’t informed. … The planning group had no intention of doing anything about it. I just didn’t know there was anything to do at this point. But right now it seems very obvious that we have to do something.

Zaiser said he would convey the community’s concerns to city planners while adding that it was time to make changes to the plans.

“Remember the timeline is still a few months away,” Zaiser said. “It won’t happen tomorrow. I will therefore ensure that any concerns relating to community involvement are conveyed to staff who will raise them. … You want to see city officials to get community commitment and involve them in the decision-making process. I feel this concern.

“When there’s such a huge issue – a street closure in fact – it really needs to be heard,” said resident Brian Curry. “It has to be part of the plan, not just closing a street and then abandoning the process and seeing what happens. It just doesn’t work that way.