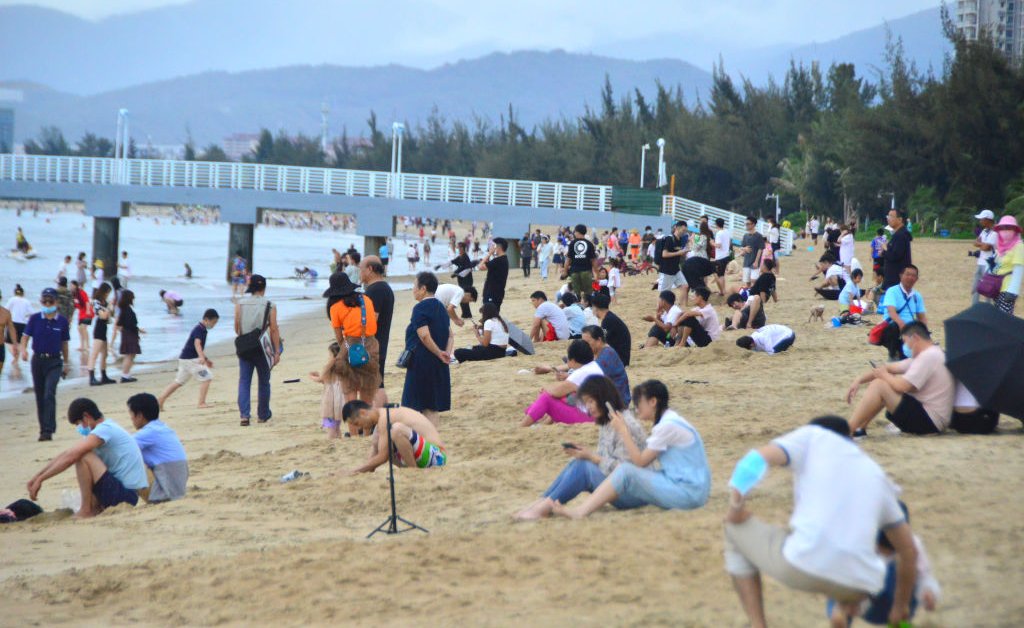 VSThe seaside city of Sanya, China is stepping up its Covid-19 checks, disrupting holiday plans for thousands of people, after a rise in cases made it the country’s latest virus hotspot.

The city in the southern province of Hainan – often referred to as the “Hawaii of China” – has reported 107 new infections since midday Thursday, according to CCTV. This brings the total number of cases since Monday to more than 140. Officials say the outbreak is caused by the BA.5.1.3 omicron subvariant, which has never been found in China before, and is linked to a fishmonger.

Authorities partially locked down the city on Thursday, closing indoor venues like karaoke parlors and bars, while restaurants only offer takeout. People in areas classified as high risk are not allowed to leave their homes or accommodations, while others can only venture outside once every two days to buy products first need. Anyone wishing to leave Sanya must have a negative Covid test result within 48 hours of departure.

For holidaymakers staying in the city, there is little to see and do and Chinese social media showed pictures of lines of people meandering around Covid testing sites. Tourist attractions have closed and visiting Yalong Bay Beach and Haitang Bay requires a negative test within 24 hours.

Rapid lockdown, a core tenet of Covid Zero, has been replicated across China since the early days of the pandemic. But the strategy is increasingly challenged by the spread of more contagious subvariants and has exacted a heavy economic and social toll.

It has also left the country isolated in a world that is mostly focused on living with the virus and it is unclear how authorities can navigate an exit. President Xi Jinping has made a zero-tolerance approach a feature of his rule and said the nation will not pursue “herd immunity” like other nations because it would be too expensive, especially for the elderly. Chinese, which have a lower vaccination. rates.

Sanya is China’s third tourist hub to have its peak season disrupted by epidemics this year. Beihai, in scenic Guangxi province, was shut down last month to curb an outbreak, before starting to ease restrictions from August 1. visitors to stay away.

Elsewhere, the manufacturing and trading city of Yiwu, famous for producing Christmas trees and decorations, has tightened restrictions on movement. Public transport will be suspended for three days from Friday and most indoor venues have been closed as the city conducts mass testing. Residents of certain areas have been banned from leaving their homes. Jinhua, the prefecture-level city that administers areas such as Yiwu, reported 65 cases on Thursday.