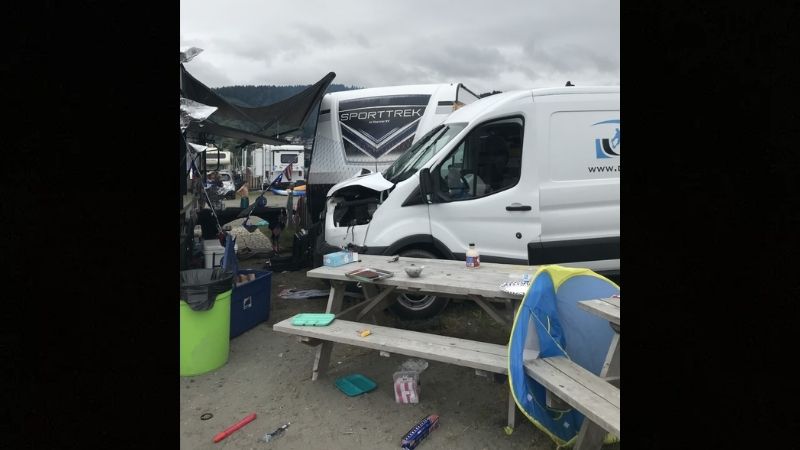 CURRY COUNTY, Ore. (KOIN) – A man, who allegedly passed out while driving, struck several people with a vehicle at an RV park in Curry County, southwestern Oregon, killing one person and two wounded.

Just before 2:30 p.m., the Curry County Sheriff’s Office received multiple calls reporting that a vehicle had run over several people and crashed into RVs parked at Beach Front RV Park in Harbor.

The driver was later identified as Paul Armenta, 66. The accident killed Hiedei Bailey, 38, whose 11-year-old daughter was playing on the beach at the time of the incident. Doris Dianne Bever, 79, and Rebecca Williams, 46, were both injured in the accident.

The sheriff’s office says Bever and Armenta were taken to the emergency room, but are in stable condition. Williams, on the other hand, was reportedly taken to a senior care hospital via Life Flight.

Armenta’s car also destroyed several camping items and picnic tables, as well as a pair of motor homes. One of the RVs that was struck reportedly had two children inside and traveled 15 feet. The children were not injured.

The Curry County Sheriff’s Office is still investigating the incident.