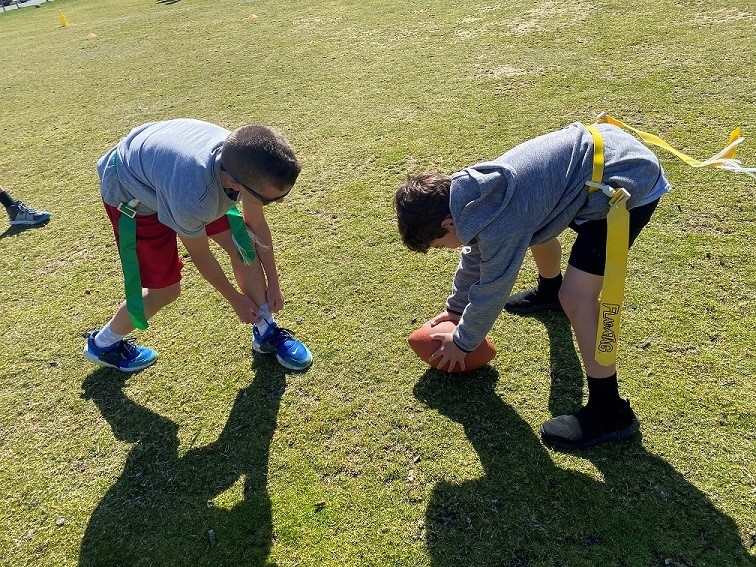 When looking for activities for the kids, the Ocean City Recreation Department offers a range of camps, sports and programs to fill any summer schedule.

“We offer affordable, high quality programs that are accessible to everyone,” says Daniel Kelchner, Director of Community Services for the City. “There are so many activities for kids and adults.”

“We have camps and activities for kids as young as 4 years old all the way up to adults,” Kelchner noted. “We use the main playgrounds in the city for some of the sports camps.”

There are plenty of sporting activities to choose from. The city offers soccer, athletics, and football camps and skateboard camps. There are field hockey programs, golf clinics and basketball leagues and more.

Activities also include ways campers can learn about the shore.

Kelchner said the environmental science camp at the Bayside Center covers everything from discovering the wonders of the beaches to learning the basics of crabbing in the bay. Campers can even learn about different types of weather and the lives of real pirates.

Camps last from one week to nine weeks. Most school-age children start camps in June and end in August.

A new camp offered this year, the Ocean City Pops Band Camp, offers campers who love music a chance to learn from members of the OC Pops Band.

“It will be the first year that we have this. I think people are going to really like it,” Kelchner said. “Music was one of the things we missed.”

Kelchner explained that what makes the city’s programs so popular with families are the many options that are available.

Pickleball season passes are already on sale. Kelchner said people shouldn’t wait to sign up because pickleball is a popular sport.

“I like to say that we have such a range of programs. If you just want a diverse and well-rounded summer experience for your kids, there are plenty of blended experiences you can do between the different camps and programs,” noted Kelchner.

The city’s recreation department is partnering with the Ocean City Theater Company to offer Camp Hawaiian Beach Party, which runs July 5-8 and July 11-15.

The camp is open to students in grades 3-8. Not only do campers sing and dance to several Hawaiian hit songs, but they also learn about the country’s traditions, beliefs, and language. A July 15 performance at the Hughes Performing Arts Center will showcase what students learned at camp.

Hard copies of the brochures with a list of recreation programs are available at city visitor centers, the community center, and the sports and civic center, among others.