Not all who wander are lost 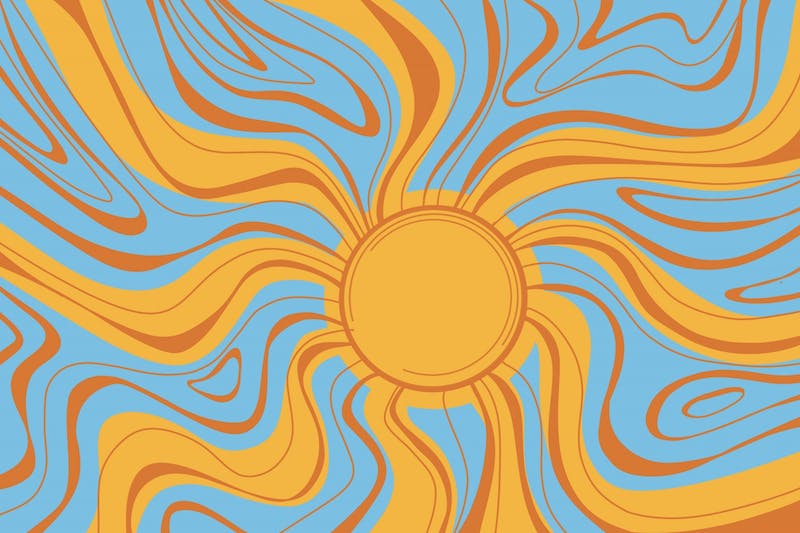 Thoughts on the pressure to find your passion


In a few weeks, I’ll be going home for the summer. I’ll catch up with my friends in my freshman year at Dartmouth, and they’ll tell me about their experiences at their own schools. We will drive with the windows down and spend our evenings dining outside and walking for ice cream. I will cycle to the beach to work as a lifeguard, see my dogs and parents every day, and cook meals in my own kitchen.

That’s what the summer after your freshman year is for, isn’t it? It’s a last taste of childhood that will soon completely disappear. One last chance to feel at home, it really is home. I know that’s what I believe. And yet sometimes I still catch myself worrying that it’s the wrong thing to do.

Growing up, I was always insecure because I didn’t know exactly what I wanted to do with my life. I was never someone who had a “thing”. I went through phases of near-obsession with all kinds of subjects and activities, but those were just phases. Despite my efforts, I couldn’t get anything to stick. Of course, I liked English. I also liked math. And physics. And the story. And the economy – you get the point. I really had no idea where I thought I would be in ten years. Sometimes this fact was a source of intense panic, but whenever I had a brief tantrum about it, I inevitably returned to the idea that it would sort itself out.

This was the headspace I found myself in when I arrived in Dartmouth in early September. I was at a school renowned for its comprehensive liberal arts curriculum, and I was told time and time again that I had the freedom and time to explore a multitude of subjects. It seemed like the perfect place for someone like me.

Soon, however, I began to notice that many of my peers had something they seemed deeply committed to. Seeing how absorbed they were in their passions, how determined they were to achieve their long-term goals, should have inspired me.

Instead, I plunged into an identity crisis worse than any I had experienced before. I started to worry that all that well-rounded stuff really wasn’t going to cut it. It was fine in high school, but college was where I was supposed to figure out what I would do with the rest of my life. Why couldn’t I find something I liked to do? And did that mean that I lost the opportunity that had been given to me?

My experience in almost all the courses I took could be described in much the same way: they were all relatively interesting, but not a single one stood out to me. I’ve never had that moment I’ve always heard of, when you take a random class on a whim and it drastically changes your life – or your view of the world, or your future plans, etc. I kept expecting the next class I took, then the next, then the next would be The One – but I was unlucky.

My admittedly unrealistic expectations have made this problem worse. As soon as I realized that I didn’t like a class, that I hadn’t found my “thing”, I started to cut my brain off from that class. I paid attention in class and got the job done, but I was just doing the moves to get a grade. Attending classes became a chore because I had convinced myself that it was useless to learn things that didn’t excite me deeply. I benefited less from my classes and enjoyed them less than I might have if I had just changed my expectations.

The same goes for extracurricular activities, perhaps even to a greater extent. I was reluctant to even try to get involved in anything because nothing felt quite like the perfect thing to be my “thing”. I tended to adopt an all-or-nothing mindset, which stunted my ability to try something new. I started to believe that I didn’t like something enough to get involved in it. The people around me were so passionate about their extracurricular activities, and I was only marginally involved in a few activities – largely so I could tell myself and others that, yes, I was taking advantage of the opportunities I had. .

About a month ago I started expressing these feelings to my friends and luckily I got a reality check. I had somehow managed to create a world in my head in which only I was lost. In fact, many of my peers also felt uncertain about themselves, their interests, and their future. Hardly anyone was as sure of his passions as he claimed. The expectations I had created for myself were not only unrealistic, but also caused me to put crippling pressure on myself to find something perfect. Ironically, being so concerned with finding my passion had made me less engaged and passionate about the classes and activities I was already participating in.

I’m doing my best to bring that prospect home with me this summer. I try to feel more comfortable with my uncertainty, which is to say that I am no longer afraid of it. I am determined to get as much enjoyment as possible out of what could be my last summer at home.

However, in recent weeks the campus has been abuzz with students talking about their plans during the school break. When I hear about people’s awesome summer internships, I worry that my summer plans seem childish and directionless. My grip on my newfound wisdom is weakening, but I cling to it tightly. I won’t waste this summer worrying about what other people are doing, what else I could be doing, or what else I should be doing. I intend to be happy.