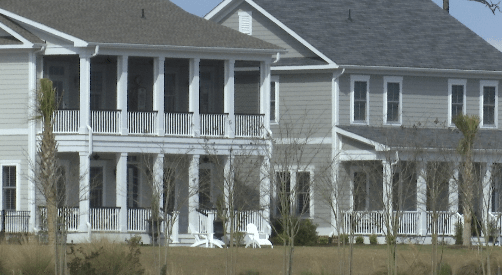 The city’s director of planning and development said the 60% drop from last year is due to an increase in permits last year. Last year, permit applications were submitted for entire neighborhoods at once, which is not the normal procedure.

By this point in the city’s last fiscal year, developers had withdrawn 349 building permits for neighborhood projects like Grand Dunes, Del Webb, Sea Glass Cottages and others. This year, the number of permits fell to 139, which is considered closer to normal for an average year.

“The numbers for this year reflect more of a typical pattern,” said James Wood, director of planning and development. “Normally when we get a project of this size they come in for 15, 20 at a time and space it out over the year, but we just had some sort of unusual activity last year where a lot of these big projects arrived at the same time, requesting all their permits at once”.

Additionally, the median sale price in North Myrtle Beach has increased by more than $100.00 and the number of homes for sale has declined by almost 60% over the past year.

Wood said people are taking advantage of the housing market.

“I think people were quickly trying to meet that demand,” he said.

A major factor in how long it will take to complete these projects will depend on supply chain issues.

“We are preparing for a busy summer construction season, [and] we expect those numbers to rebound significantly, especially if they can fix those supply chain issues,” Wood said.

The city is also seeing an increase in commercial projects and building appraisals.