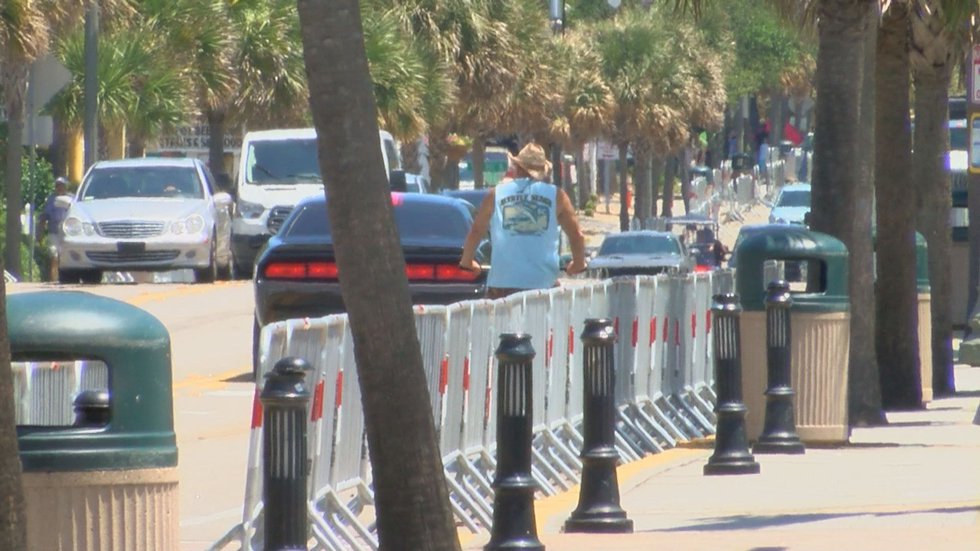 MYRTLE BEACH, SC (WMBF) – 1,014. That’s the number of car crashes on Ocean Boulevard in Myrtle Beach in the past five years.

Myrtle Beach City leaders are focused on the problem, and it starts by hearing from you.

It’s an eye-catching number, one that the city of Myrtle Beach and engineers working on an Ocean Boulevard study would like to see reduced over the next two years, and stay low.

They asked people to write notes and stick them on the map for anyone who works, lives, plays on Ocean Boulevard to see what they think about making the area safer.

“Anything you can do as a cyclist to mitigate that and be aware of your surroundings will really reduce your chances of having an accident, but there are other things you can do,” Walters said.

Walters came to an Ocean Boulevard transportation safety forum to make sure a group of engineers studying the road were aware of his thoughts.

An engineer says Ocean Boulevard has ranked in the top 10 in the state for the past five years for the number of pedestrian and cyclist accidents.

The team has yet to go through Walters’ ideas and everything the residents of Myrtle Beach have brought to the table, but they already have places they will focus on when putting together a list of possible projects.

“People want more alternatives to Ocean Boulevard,” said Brett McCutchan, engineer at Ocean Blvd. Transport study. “Wanting to see people a block away, more development there to get some people out of Ocean Boulevard.”

Engineers will also study Highway 501, which is to be realigned by next summer, so that it connects directly to Ocean Boulevard.

This means they will look for ways to make sure visitors get off the 501 freeway before reaching the beach, to ease congestion along Ocean Blvd.

“Consider contacting Google Maps and say, ‘Hey, can you change the best route and make it the best?’ We just need to know where they are going. McCutchan said.

Walters was able to make all of his recommendations on behalf of all of his customers at his bike shop, now he’ll just have to wait and see which ones made the cut.

“There are some things we can do and some things they’ve addressed as well, so we’re looking forward to what’s to come,” McCutchan said.

A few notes submitted on Tuesday evening include

The engineers said that all ideas are welcome and that they will consider all these ideas for a plan that they will present at another meeting later this summer.

City leaders will use this plan as a model for development along Ocean Boulevard.