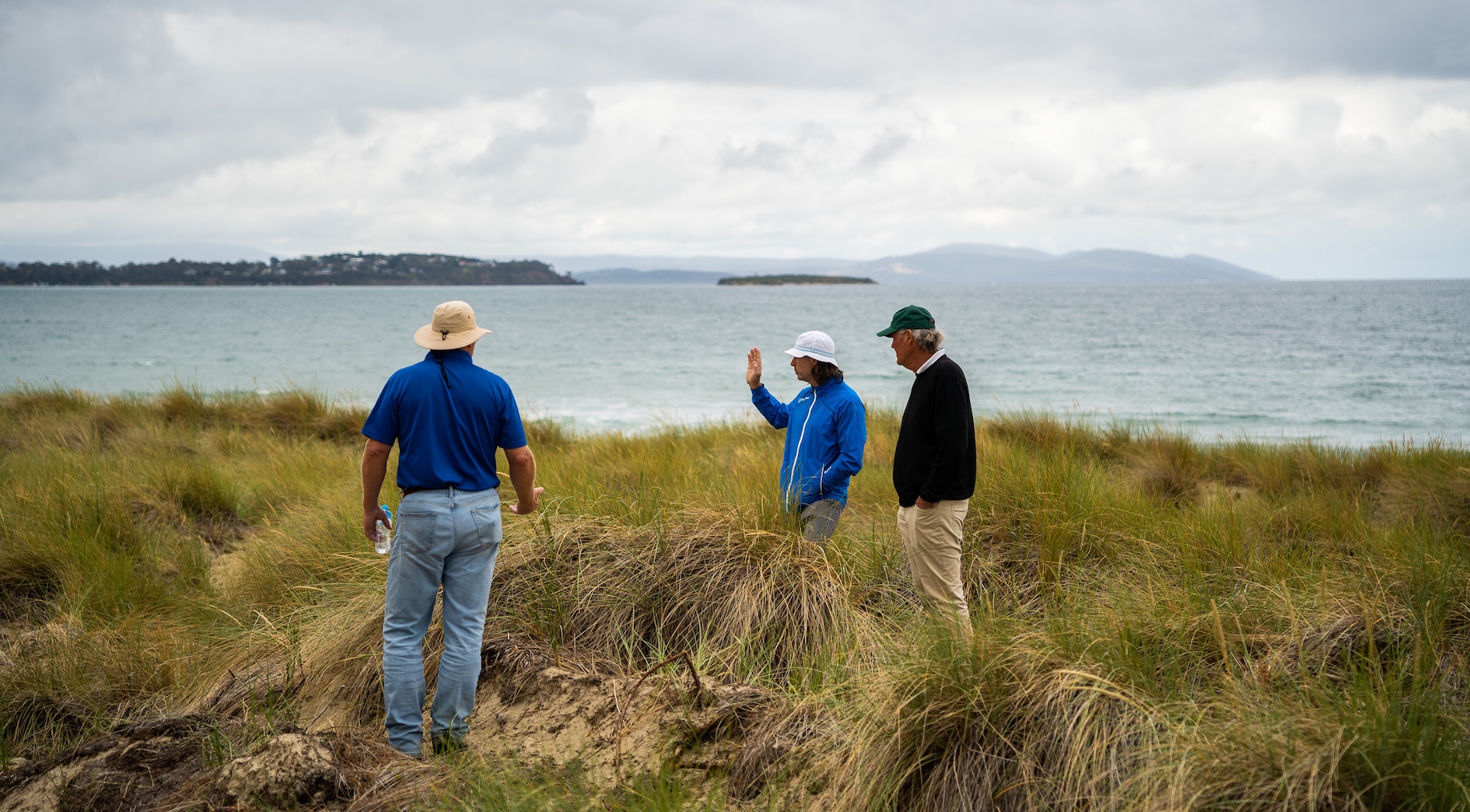 The above is from a Twitter DM exchange I had last week with a listener from the game state podcast. It came after we had a panel discussion about the Seven Mile Beach project being built near Hobart, Tasmania.

This particular listener was – rightly so, in my opinion – impressed with Mat Goggin and the way he talked about the project, its reasons for being, and the game more broadly.

There’s a lot of excitement in the golfing world about what the Seven Mile Beach course could be and based on the site photos and work in progress, it’s no surprise.

Yes, Seven Mile Beach Golf is sure to be fantastic, but the project goes way beyond that. PHOTO: Lucas Michel.

But there’s also something bigger at play which I think is what our listener was referring to.

Seven Mile Beach will undoubtedly comfortably hold its place in the company of facilities listed as a beautiful golf course enjoyed by all who play there.

But when completed, it will be more than just a collection of challenging, interesting, and fun golf holes (though it certainly will be that).

This will not only speak to the place golf can hold in the wider community, but also the importance of those who have the passion and the will to act in the best interests of the game.

Don’t get me wrong, it would have been a lot easier for Mat Goggin NOT to build a golf course at Seven Mile Beach than to go ahead and complete the project.

In fact, it could be argued that it would have been wise to walk away from the start.

But Goggin, like Mike Keizer at Bandon Dunes and Richard Sattler at Barnbougle Dunes and Dick Youngscap at Sand Hills, is chasing that particular dream for the right reasons.

“Golf will co-exist seamlessly and happily with these other pursuits will be its most important legacy. The fact that it will also be a premier public access course for golfers across Australia and the whole world is really just a bonus.” -Rod Morris.

Although it is a business, the main objective of Seven Mile Beach is not to make money but to make a contribution.

To golf and the wider community.

Goggin would be the first to point out that the Seven Mile Beach project would not be possible without the contribution and passion of so many other people. And he would be right.

But it’s also true that none of this would happen if it weren’t for him and his dream of creating a golf facility that’s more than just golf.

Goggin once said that he intended to have a fence post outside the clubhouse where people could hitch up their horses and come in for a drink. He maintains that this will always be the case.

In fact, he hopes the site where Seven Mile Beach is located will become a paradise for activities other than golf.

Once difficult to access due to the terrain and a non-native radiata pine forest, the construction of the course will open up a beautiful area of ​​the city that few have known before.

That golf will coexist seamlessly and happily with these other pursuits will be its most important legacy.

The fact that it will also be a premier public access course for golfers from across Australia and around the world is really just a bonus.