Migrant crisis at the center of Pope’s Greece-Cyprus journey – CBS17.com 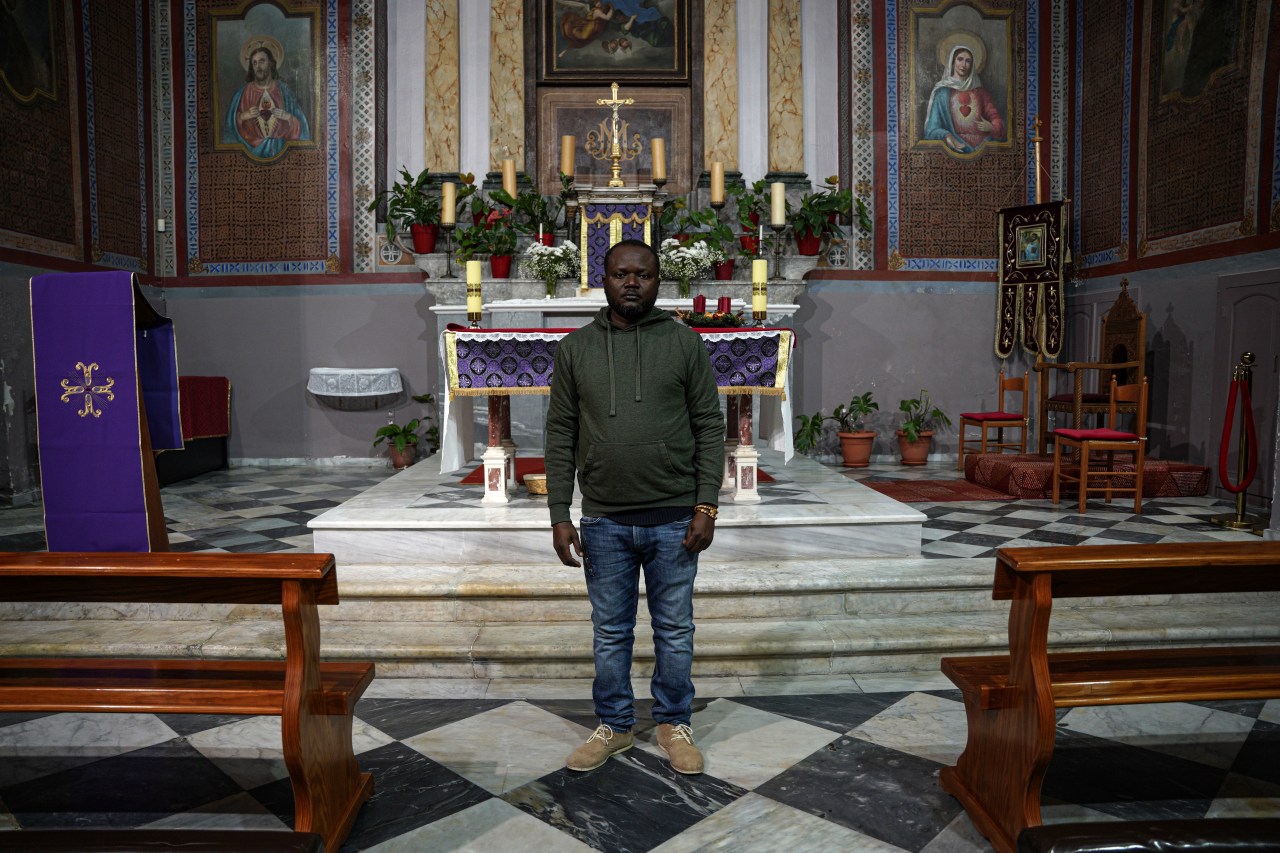 LESBOS, Greece (AP) – When Pope Francis visited the Greek island of Lesbos in 2016, he was so moved by the stories he heard from families fleeing the war in Iraq and Syria that he cried and brought a dozen refugees home.

Speaking to reporters on his way home that day, he held up a drawing given to him by a child in the island’s sprawling refugee camp.

“Look at this one,” he said, revealing a carefully decorated bird in colored pencil, the word “peace” scrolled in English underneath. “This is what children want: peace.

Francis returns to Lesvos this week for the first time since that pivotal day of his papacy, making another visit to the island where hundreds of thousands of refugees and migrants have passed on their journey to Europe.

But he will find that attitudes towards migrants here only hardened over the next five years, as they did elsewhere in Europe, with tensions on the border between Poland and Belarus, the country of the European Union, and more deadly crossings – more recently in the English Channel.

Francis will stop first in Cyprus, another predominantly Orthodox Christian Mediterranean country that also faces such a surge in refugees that the government is seeking to stop processing asylum claims. As he did in Lesvos five years ago, Francis organized the trip of several asylum seekers to Cyprus in Italy after his visit, according to Cypriot officials.

“These are our brothers and sisters,” Francis said in a video message to Greek and Cypriot worshipers ahead of the trip. “How many have lost their lives at sea! Today our sea, the Mediterranean, is a great cemetery.

The pontiff begins his five-day trip to Cyprus on Thursday before heading to Greece on Saturday. He is going home Monday.

While Francis’ renewed messages of compassion and welcoming for migrants do not quite resonate in European capitals, they are a welcome salute for migrants themselves.

“His presence here will strengthen us spiritually and give us hope, a little comfort,” said Christian Tango Muyaka, a 30-year-old Congolese asylum seeker who is due to attend a Sunday service with the Pope in a new camp. migrants in Lesbos.

“It gives us faith, it strengthens our faith,” he said.

Muyaka was separated from his wife and youngest daughter a year ago on the Turkish coast when they rushed to board a boat bound for Greece. Since then, he has had no news of what happened to them.

The northern coast of Lesvos, just 10 kilometers (six miles) from Turkey, served as the main disembarkation point for boats entering Europe during the 2015-16 migration crisis.

Piles of discarded orange life jackets covered the beaches, local fishermen aided in daily rescue operations, and islanders were proud to mount campaigns to provide food and clothing to hundreds of arriving refugees. each day.

Fast forward five years, and the welcome mat is gone.

Migrants reaching the eastern Greek islands are now held in detention camps, newly built and funded by the EU. Coastguard patrols are tasked with intercepting canoes and boats heading west and returning them to Turkey.

The overcrowded Lesvos camp where Francois was taken in 2016 was set on fire last year during protests against restrictions linked to the pandemic.

And along the land border between Greece and Turkey, a new steel wall and a network of high-tech sensors have been installed to stop illegal crossings.

Eva Cosse of Human Rights Watch said Francois’ visit will serve as an urgent reminder of the human nature of the crisis.

“At a time when people are suffering and their rights are threatened, it is more important than ever that the Pope stand up for them and voice these concerns,” she told The Associated Press. “Since the Pope’s last visit, Greece continues to welcome a large number of asylum seekers without protecting their rights.

“Thousands of people seeking refuge in Greece are violently pushed back to Turkey. Migrant children face homelessness and lack of access to health care, education and food. And nongovernmental groups face legislative restrictions and criminal harassment from public officials. ”

Greek authorities deny allegations of summary evictions. They argue that stricter border policing is needed to counter hostility from several EU neighbors accused of exploiting the crisis and to limit the number of arrivals to manageable levels.

“The message (from Francis) is that we are one world, that we have no borders, that everyone is a child of God. Look, it’s the religious point of view, ”said Dimitris Vafeas, deputy director of the Mavrovouni migrant camp in Lesbos where the Pope will be visiting.

“Concretely, I think Greece delivered… so I think (Francis) will see calm faces. I dare not say happy faces, but calm of course.

Derek Gatopoulos reported from Athens. Nicole Winfield, in Rome, and Vangelis Papantonis, in Lesvos contributed to this report.