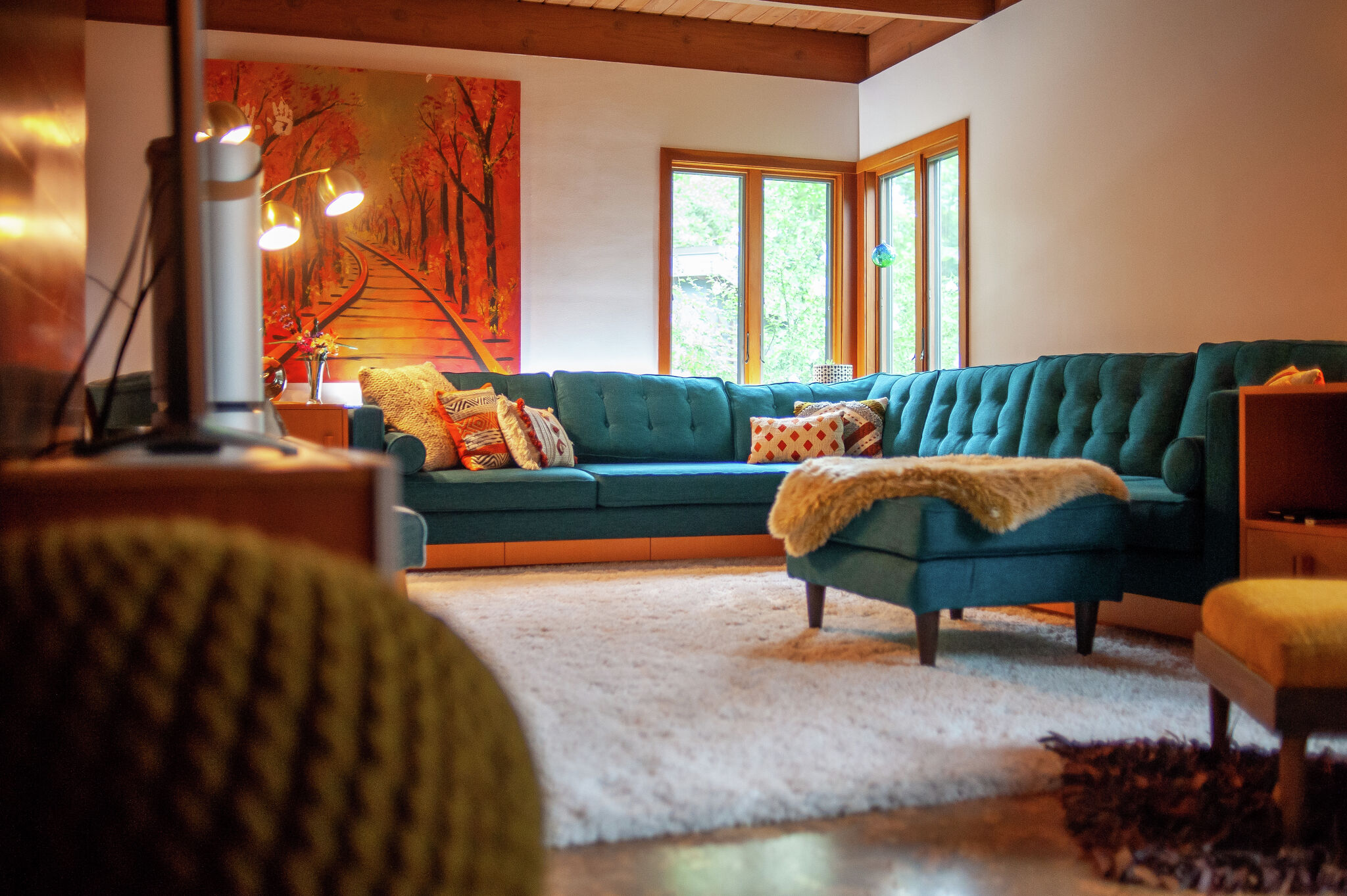 Just as Bay City is home to several Victorian mansions, Midland is well known for its collection of mid-century modern buildings, from homes to churches to offices.

“For Midland, it’s so prevalent here,” said Alden B. Dow house and studio manager Craig McDonald. “There are so few cities in the United States that are influenced by this style of architecture.”

One such residential area is along Crescent Drive. The area, which stretches from West Meadowbrook Drive to Dyckman Road, features 42 homes designed by some of Midland’s most prominent and prolific architects and designers.

Mid-Century Modern Midland will return to in-person tours in September with three examples of Midland’s Mid-Century Modern architectural heritage. The organization will host the Crescent Drive Home Tours, from 1 p.m. to 3 p.m., on Sunday, September 11.

Mid-Century Modern Midland will return to in-person tours in September with three examples of Midland’s Mid-Century Modern architectural heritage. The organization will host Crescent Drive home visits, from 1 to 3 p.m., on Sunday, September 11. Visit ourmidland.com for additional photos of the homes on the tour.

Admission to the tour is $25 and can be purchased by visiting www.abdow.org or calling 989-839-2744. Reservations will close at 4 p.m. on Friday, September 9 and there will be no sales on the day of the event.

Guides will be positioned in the houses to provide information and answer questions. For everyone’s safety, face masks will be mandatory in homes. No photography will be allowed.

McDonald credits Alden B. Dow with bringing modernism to Midland, inspiring those who worked with him and the architects who were inspired by him. He explained that Dow only designed one of 42 Mid-Century Modern homes in the Crescent Drive neighborhood.

“(The Mid-Century Modern Tour is) a celebration of everyone together,” McDonald said. “Dow initiated him, but the story is bigger than him. This is what mid-century modern is all about. This shows its influence and how these architects took this influence.

The Collings House, located at 1300 Crescent Dr., was designed by Glenn “Red” Beach in 1957 for Dr. William Collings and his wife, Helen Duddash Collings. The house takes full advantage of the wooded perimeter for total privacy and beauty. It also showcases Beach’s use of space and natural lighting. Originally designed for large-scale corporate functions, the house has public areas as well as more intimate areas for quiet family time. Like the three houses on the tour, the house features handcrafted wood grain fir detailing and cabinetry.

The William and Shirley Karnes Schweitzer House, located at 516 Crescent Dr., was designed in 1958 by David Oemings and Clarence “Doc” Waters of Saginaw. Although expansive glass areas face the street, the elevated courtyard creates privacy for the home.

“As you walk past these homes, they are incredibly private,” McDonald said. “They don’t share the whole house from the street. You can tell very little about the size, the layout of the house.”

The interior spaces are segmented, giving each room privacy and warmth. The living room is tucked away at the back of the house with a large raised fireplace and a series of wood and glass doors leading out to the backyard, a favorite space for current residents. A 1972 addition designed by Jackson B. Hallett transformed the original carport into a living space and added the enclosed garage.

The third house on the tour is the Earl and Mildred Osburn House at 612 Crescent Dr., designed in 1964 by Hallett, who was a friend and business associate of the Osburn family. Hallett convinced the Osburns to turn the house on its side to take full advantage of the wooded lot at the rear of the property. The brick and cedar trimmed structure features floor-to-ceiling windows and large sliding glass doors, providing an optimal connection with the wooded surroundings.

Like the other homes on the tour, there is an abundance of storage space with built-in wood-grain fir chests of drawers, cabinets, desks and shelves. Additional warmth is obtained by using long planks of cedar planks inside the house.

Mid-Century Modern Midland began hosting home tours five years ago, attracting hundreds of guests on each visit. McDonald said the tours are a way to celebrate how architecture is part of Midland’s identity and to share knowledge of how different architects have approached the style.

“Mid-Century Modern is gaining momentum,” McDonald said. “When you grow up here, you take it for granted. However, it is quite unique to have so many houses of the same architectural style.