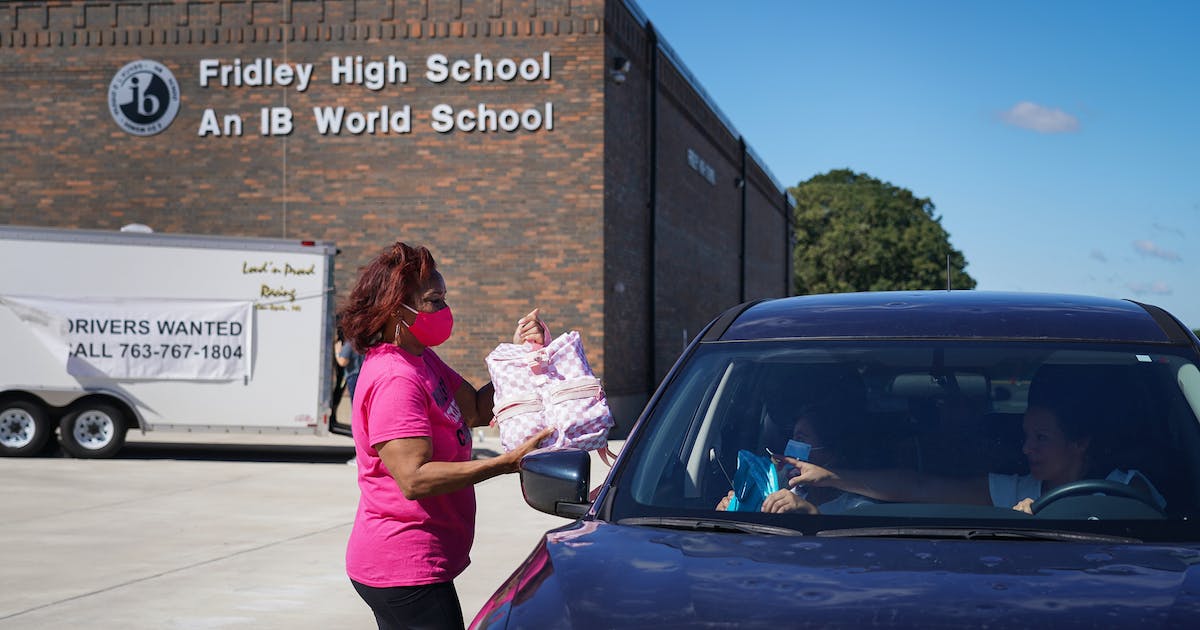 Reese has worked for the Fridley School District since 2010 and is currently a Behavioral Specialist and Equity and Inclusion Specialist at Fridley High School. He has also worked on district-wide initiatives to promote student growth and success.

Reese has been the head coach of the school’s football and track and field teams since 2015 and an assistant college basketball coach since 2008. He was named Minnesota High School Coach of the Year by the Minnesota Football Coaches Association in 2020.

“I am humbled and grateful to step into this position and continue Fridley Activities’ mission to develop and inspire excellence in our young leaders,” Reese said in a school district news release. “The value of high school activities and athletics can impact students for the rest of their lives, and I couldn’t be more proud to serve in this role.”

Dakota County broke ground on the new Thompson Park in West St. Paul last week after making approximately $3 million in improvements over more than a year.

The park, at 360 Butler Ave. E., features a new plaza and deck, a lighted and accessible trail around the lake, improved water access via a new pier, and a pollinator-themed playground with benches and a picnic area nearby. There are also picnic tables, improved spaces for gathering and playing, new interpretive signage and improved parking with stands for people with disabilities in better locations, county officials said.

Opening of the North Fire Station

The North Fire Station replaces the outdated Fire Station No. 3, as part of a larger city plan to modernize its fire and EMS facilities.

Construction of the new station began last summer after years of planning. The 30,000 square foot space includes indoor fleet storage, tool and emergency equipment storage, an equipment washing and drying room, as well as training and conference rooms and offices, depending on the city. The project was budgeted at $10.7 million.

The ribbon-cutting event is scheduled for 2 p.m. at the fire station, 1530 County Road C E. The ceremony is open to the public and will include tours of the station and refreshments.

Carver Lake Beach in Woodbury reopened on July 14 after closing due to a sanitary sewer leak.

The beach closed on July 9 “out of an abundance of caution for park users,” the city said, after a sanitary sewer leak near the park’s main shelter.

The beach has reopened after water tests. Questions can be directed to the city’s Parks and Recreation Department at 651-714-3583 or [email protected]