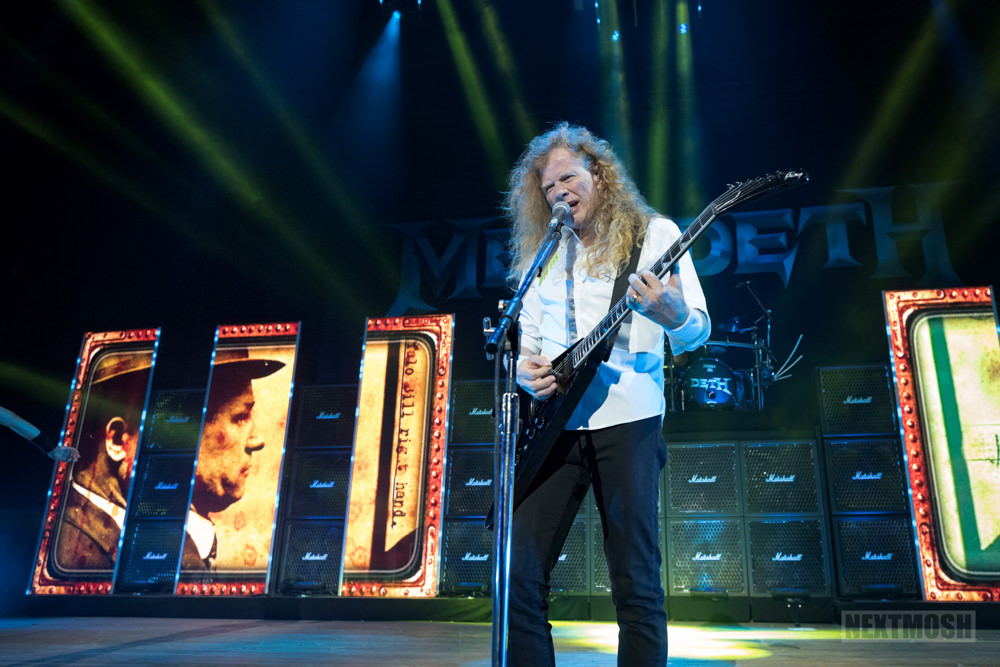 Share the post “Megadeth, Lamb of God, Trivium & In Flames announce the 2nd stage of ‘The Metal Tour of the Year'”

Megadeth, Lamb of God, Trivium and In Flames join forces for the just announced second round of “The Metal Tour of the Year” – see all confirmed dates below. With Hatebreed replacing In Flames due to visa issues, the first leg of the metal release took place in 2021 and included a stop at the Jones Beach Theater in NY (see our photos).

Here is more information from a presser, “THE METAL TOUR OF THE YEAR was originally announced and slated for 2020 but was cut short by the pandemic. Fans waited patiently for the tour to return and in the summer of 2021 their wish was granted. THE METAL TOUR OF THE YEAR was one of the first national amphitheater tours to hit the road in 2021 and saw co-stars MEGADETH and LAMB OF GOD in 29 North American cities with special guests TRIVIUM and HATEBREED, who replaced IN FLAMES who were unable to participate in the tour due to travel restrictions. The tour was very well received, lived up to its name and performed in front of a whopping 172,000 metal fans.“

Megadeth’s lead man Dave Mustaine said: “The Metal Tour of The Year is exactly what it sounds like – an evening of some of the best heavy metal bands in the world – live and loud. Anyone who’s been to a show last year knows what I’m talking about, only this one will be even better. Don’t miss out.“

Matthew Kiichi Heafy of Trivium says: “The Metal Tour of the Year was one of the strongest and most incredible Metal tours of all time – its namesake is exactly right. How do you follow this? By renewing it – even bigger, even better, and making it play wherever it hasn’t played in the first leg. MTOTYII – let’s do it.“

In Flames frontman Anders Fridén concludes with: “We’re excited to finally be able to join our dear friends from Megadeth, Lamb of God and Trivium on this year’s Metal of the Year Tour! We can’t wait to get back on the road to America and see you all again. Do not miss this visit it is a juggernaut.“