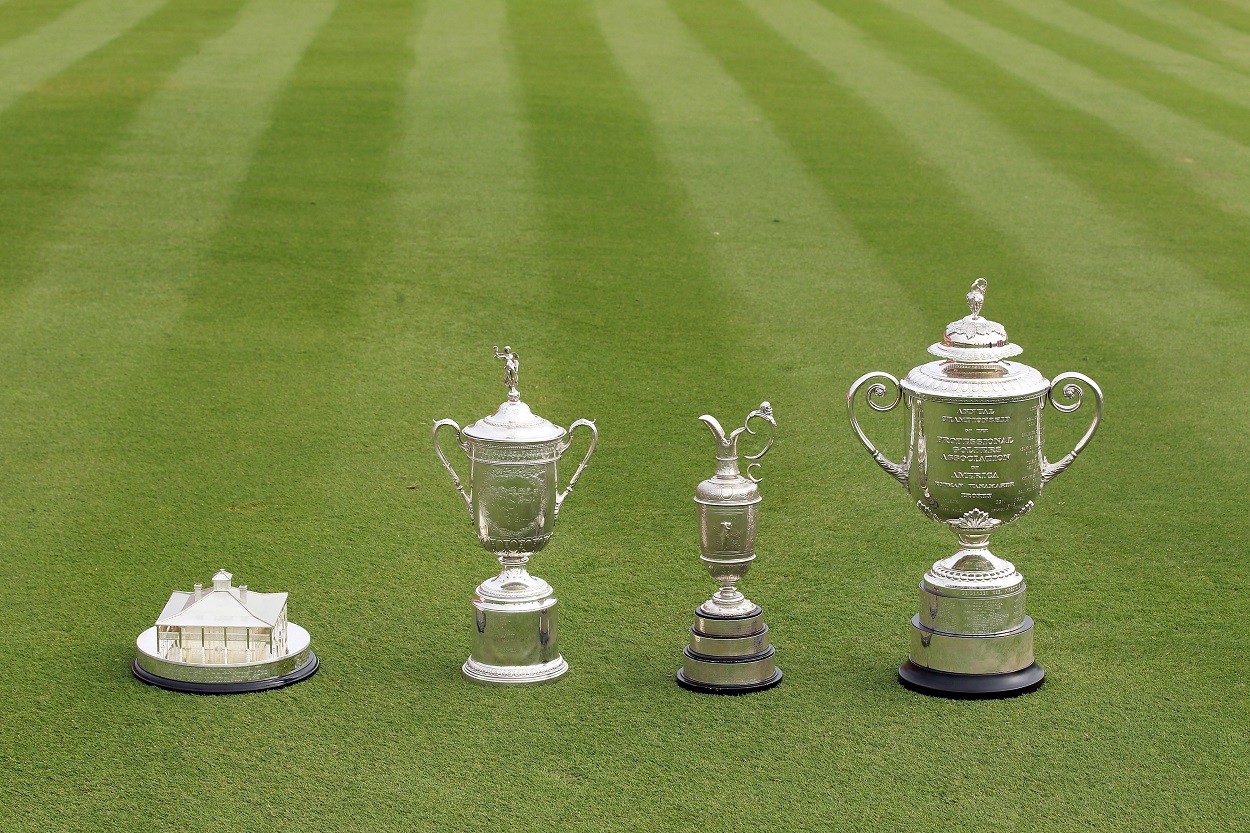 Simply put, the four major championships are the most prestigious events in men’s golf. While winning an event on the PGA Tour, DP World Tour, or one of the many professional tours around the world, there’s nothing quite like winning a major tournament.

And just to be clear, we’re talking about the big four modern leagues here. While US Amateur and UK Amateur were once considered majors, we stick to The Open Championship, US Open, PGA Championship and Masters for these purposes.

To date, 462 major championships have been contested, the most recent being the 2022 Open Championship on the Old Course in St. Andrews. And in those 462 major tournaments, 230 different players have won at least one. Of those 230, 84 won two or more.

Jack Nicklaus, of course, leads the way with 18, while Tiger Woods is three behind with 15. But despite their success on the biggest stages, neither hold the record for 72 holes in any of the four majors, although each has done so at various points.

So, of the 230 men to have won a major tournament, which players hold the honor of the lowest score at each? We’ll take a look.

First played in 1860, the Open Championship is golf’s oldest major championship. Of the 88 different winners in 150 editions of the Open, 27 have won the tournament multiple times, led by Harry Vardon’s six victories.

But it’s a pair of unique winners who share the 72-hole record.

The first US Open was played in 1895 as a 36-hole competition. In fact, the first three US Opens were played as 36-hole events. But since 1898, the tournament has had 72 holes – minus the playoffs, of course.

Prior to Tiger Woods’ historic 15-stroke victory in 2000 at Pebble Beach, no player had ever finished a US Open in double figures under par. Since that 12-under performance, only two other winners have accomplished the same feat. And it is these two players who share the 72-hole record at the second oldest major championship.

The PGA Championship is the only major men’s championship with an all-professional field. Instead of amateur players, this tournament features 20 club professionals vying for the coveted spots in the annual PGA Professional Championship.

While the first PGA Championship was held in 1916, the tournament was contested in match-play until 1958. So the winners of the first four decades of the tournament didn’t even have a chance to break the record of 72 holes.

As he has done in all four majors, Tiger Woods has already held that record, shooting twice at under 18. But just as his other three records fell, his PGA Championship record also fell.

Last but not least, we come to golf’s youngest major championship, The Masters.

Disputed for the first time in 1934, the Masters is the only major organized each year on the same course. And Augusta National has certainly provided some of the greatest moments in golfing history over the years.

Usually held in early April, the tournament was forced to move to November 2020 due to COVID-19. And it was this special edition that set the 72-hole score record.