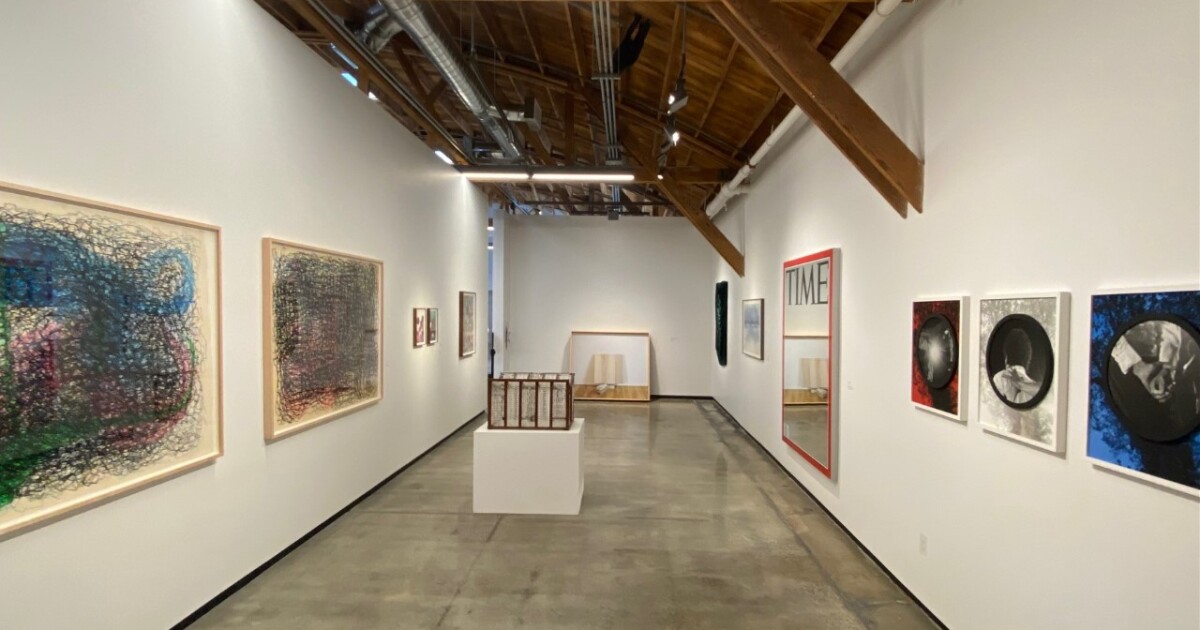 Long Beach’s Compound is a contemporary art space with a focus on culture, wellness, and community – think yoga and sunset sound baths in the Sculpture Garden. There’s an airy courtyard, several exhibition galleries, and nooks for artist talks, live music, and socially responsible film screenings. It presents itself as a “cultural sanctuary”.

But Compound is not that Zen these days.

The nonprofit, which opened in July, suffered layoffs in October. Three senior executives – the director of programs and community relations, Director of operations and business systems manager – have been released. Five part-time visitor services associates were also made redundant. The hours of several existing employees have been deleted.

Staff are now down to about half a dozen employees, although COO Hiroko Kusano said by email that her post will be cut at the end of this month.

“It’s unstable and unclear what the future of Compound looks like,” said one affiliate, who requested anonymity.

The non-profit organization is the brainchild of a philanthropist and interior designer Megan Tagliaferri, who is both Creative Director and executive director.

Tagliaferri declined a phone interview with The Times for this story. However, she said by email that the recent layoffs were part of a restructuring. “Even under the perfect circumstances, launching a non-profit cultural center committed to community impact is a challenge,” Tagliaferri said in a statement, “but Covid challenged us even more.”

The financial challenges brought on by the pandemic, added Tagliaferri, “have forced us to cut back on activities and programs at this time, and many positions were cut at the end of October. Nothing in these pandemic realities dampens our enthusiasm for Compound’s long-term mission, and we hope that in the near future we can pivot in a way that takes advantage of the many contributions from the public, for which we are very grateful. Like so many others, we are determined to make Covid just a bump in the road, not a complete roadblock. “

Ahead of the layoffs, founding curator and art director Lauri Firstenberg – former director of longtime West Hollywood LAXArt art space – voluntarily left in August. Compound has not filled her position, although Firstenberg has said she will continue to “stay connected” to the organization.

However, Firstenberg said she never intended to stay at Compound on a permanent basis. “It was always a consultant position,” said Hollywood-based Firstenberg. “The intention has always been to help realize Megan’s vision and open up the space, and then really learn how the space can best serve the community, on the ground in Long Beach, with leadership. local.”

A member of the Scripps media family, Tagliaferri has funded the construction of Compound, an adaptive reuse project, to the tune of $ 1.2 million. The space had to rely on public programming grants, sales from gift shops, and income from a restaurant to stay afloat. But while the gift shop sees sales of its seaweed bath kits and healing crystals, the restaurant is yet to open.

Tagliaferri told The Times in June 2020, when Compound first announced its opening, that it “commits my resources, over time”.

When asked if this was still true, Tagliaferri said via email: “I have committed personal resources to this community enrichment endeavor, and will continue to do so.”

Employees complained about Tagliaferri’s lack of transparency regarding layoffs and schedule changes. After the yoga and meditation program was canceled in October – free classes were a mainstay of Compound’s wellness mission – yoga instructor Rebecca Rose Spring sent an email to staff.

“How am I supposed to feel comfortable providing wellness services in an organization that hasn’t been transparent about what’s going on internally? Ressler said in this email. Ressler, who uses the them / them pronouns, later added that during their year of part-time employment, they had never met Tagliaferri.

On its website, Compound describes itself as “a new space for culture and community to promote connectivity and belonging”. But some wondered if the art space was truly connected with its neighborhood in Long Beach’s Zaferia neighborhood.

In November, Compound went from an open-door policy – it was free to walk-in people during opening hours – to a free policy, by appointment only. No statement was made to the community explaining the less accessible mandate.

Since its inception, Compound has presented immersive installations by LA artist Glenn Kaino that speak of empathy and hope; a talk by land artist Lita Albuquerque on how his work relates to meditation and creativity; and an exhibition of paintings, sculptures, photographs and video and film installations, titled “Radical Empathy”, by artists such as Leslie Hewitt, EJ Hill, Rodney McMillian, Jason Moran and Rick Lowe. These works were all taken from Tagliaferri’s personal collection.

“Radical empathy” was meant to illuminate “the light at the end of the tunnel of this moment,” Firstenberg told The Times last year, referring to the pandemic.

But who will stay at Compound to bask in this light?

“We had to downsize to weather the storm,” Tagliaferri said. “But we still have ambitious plans for Compound, including being open most Fridays and Sundays in December to see the last of Glenn Kaino’s ‘Tidepools’ before the last day of December 19th. We are excited to reappear in 2022 with more activities, such as wellness programs and more content, like the exhibition “Chaos to Cosmos” by Lauri Firstenberg, “addressing nature, beauty and the mysteries of the universe ”.