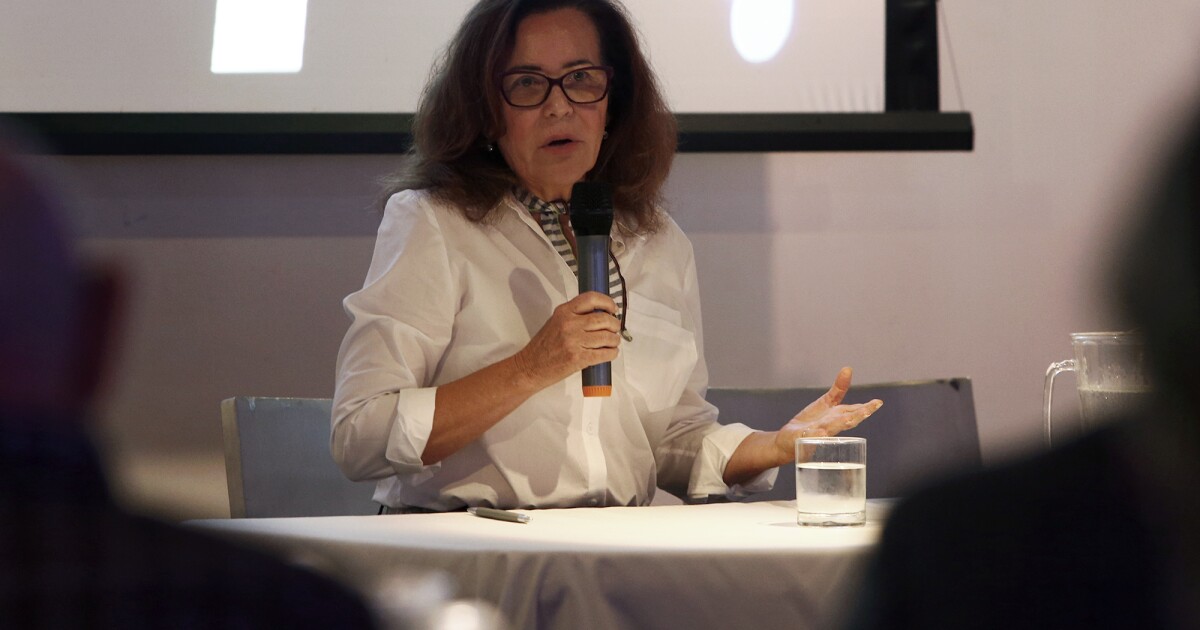 Count Denise Di Novi among those who subscribe to the belief that the future is unwritten.

The daughter of a jazz musician and a former journalist, Di Novi found herself in the film industry and her professional journey continues to throw curve balls.

Once seen exclusively in theaters, the films are now appearing on television and streaming services. The film industry is changing – and rapidly.

In an ever-changing world, the local film and TV producer knew the change she wanted to see in the industry. It became her passion to bring more female lead characters to the screen.

“I think when I was a journalist and started reporting on movies, I really loved the impact I saw the movies had on people – the emotional impact – and the inspiration they got from it, but I didn’t see a lot of women-stories that inspired me or that I could relate to,” Di Novi said. “I read a lot of books, like read ‘Little Women’, but I haven’t seen a lot of movies, and I thought, ‘There are a lot of women out there who make up half of the audience, and we should have movies for women. too.'”

“It’s become a bit of a calling for me, and it’s really felt like I understand the women’s stories. I relate to them. I connect to them and maybe I can do a better job of making these kinds of films than films about stories that are not close to me.

A longtime Laguna Beach resident, Di Novi caught the attention of those gathered at the Laguna Beach Business Club meeting on Thursday morning as she shared the story of an unpredictable career. From his stint as a journalist to a stint at Tim Burton, the twists and turns led to his latest venture with PatMa Productions.

Di Novi teamed up with Nina Tassler, the former president of CBS Entertainment, to form PatMa Productions. The name is derived from the names of their mothers, and the production company states that it is “committed to telling stories from diverse voices that promote social justice.”

Looking back on how she got involved in the movie industry, Di Novi called it a “fluke,” noting that the industry doesn’t have a traditional path to school and then interview for the job you want.

During her appearance as a guest speaker, Di Novi told the crowd that as she broke in, she worked harder and harder to make sure those she worked with didn’t find out she was. didn’t know what she was doing.

“She posed it in this self-deprecating way, basically claiming luck and chance and stuff, but at the same time there were hints in there about working until 3 a.m.” said Peter Blake, a Laguna Beach City Council member and local art gallery owner who attended the meeting. “…This woman has worked very hard. What is this expression, ‘The harder I work, the luckier I get.’ It could be a combination of that.

For a producer to ask him to name his favorite movie he worked on can be borderline unfair. Di Novi, who voiced those thoughts, answered the question anyway.

“‘Little Women’ is special to me because it was the first film I did with my company – Di Novi Pictures – and then the remake recently directed by Greta Gerwig is very special to me. I thought it was really awesome. It’s like asking who your favorite kid is. I mean, I love all my movies, but these are special for that reason.

“I had a great time, a fun time on ‘Crazy, Stupid, Love’, with the directors and the stars of that film – Ryan Gosling, Steve Carell and Julianne Moore and Emma Stone. It was kind of one of those special experiences where everything just fell into place and it was a lot of fun. [movie] is special in its own way, even if it is very difficult.

Di Novi worked hard to prove herself when she got her start in the film industry, and she said she doesn’t pretend to be an expert anymore. Two of the principles she says she tries to follow are to welcome new ideas and pursue projects she loves, because those are the ones she thinks a person’s work will shine on.

Growing up and attending high school in Laguna Beach, Di Novi said the community had and continues to have traits that help individuals discover their creative side.