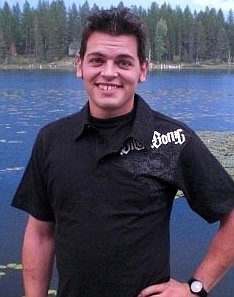 Justin and his mother Kimberly Luke moved to Whitefish when he was 2 years old. There, Kimberly met Tary King. They fell in love, got married, and Tary adopted Justin. Justin went to school first in Columbia Falls and then in Whitefish until he was 17. He then earned his GED from Bridge Academy in 2005. At age 18, he moved to Sunset Beach, California and began working for his uncle Kevin Luke as an audio visual technician. He quickly learned to direct sound and visual performances for shows and concerts. He took those skills to the Big Island of Hawaii where he worked for a year before returning to Montana to be with his family. Back home, he served tables at AppleBee’s and the Lodge at Whitefish Lake. In his spare time, he liked to go out snowboarding, longboarding or surfing. He also enjoyed concerts, camping, rafting and watching 49er games.

Justin was predeceased by his mother Kimberly Luke and grandfather Jim King.

He is survived by his father Tary King, his brother Jeremy King, his uncle Kevin Luke and his grandparents Ron and Donna Luke and Sharon Carr.

His service will be held this summer at his family’s home on Lac Blanchard in Whitefish.

Friends are encouraged to visit the website at www.buffalohillfh.com to leave condolence notes for the family. Buffalo Hill Funeral Home and Crematory takes care of the family.