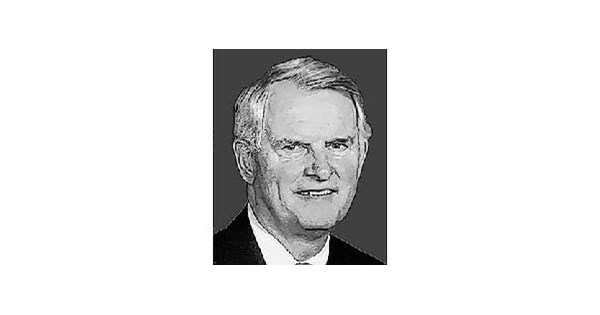 James Royal Dillon, Jr., died February 23, 2022, surrounded by his family. He was 82 years old. Jim, or “Jimmy” as he was known in early adulthood, was born August 17, 1939, in Lynchburg, Virginia, the eldest of five children. At an early age, he moved with his family to Columbus, GA., where he grew up precocious, independent, and a mentor to his siblings.

He had attended Columbus High School for two years when a benefactor aunt offered Jim the opportunity to attend Virginia Episcopal School in Lynchburg. His first foray outside of Columbus, he thrived at VES, often saying it was the best thing that ever happened to him. He played on the baseball and basketball teams and graduated in 1957.

After high school, Jim attended Georgia Tech where he majored in math and got involved with the Phi Delta Theta fraternity, a group of friends he was very fond of. He enjoyed college immensely, and it is alleged that although he was very good at math, his mastery of poker and billiards was truly exceptional.

In 1962 he married Ruth Anderson of Columbus, Ga. They began a life that brought decades of love and joy, a family of three children, extensive travel, and many family friendships. Prior to beginning this journey, Jim began a two-year stint in the military in Texas and South Carolina.

After military service, shortly after marrying and becoming a father, Jim joined Trust Company of Georgia in 1965 and began a 39-year career as a vice president and portfolio manager for the Georgia-based bank. Atlanta. He obtained Chartered Financial Analyst (CFA) status in 1971 and continued to manage both retirement accounts and major trust accounts after the securities side of Trust Company spun off into Trusco Capital Management. He loved his job, just as he loved joining his colleagues at the Pewter Mug at the end of the day.

Jim and Ruth were close friends with a tight-knit group of couples who often dined together, rotated homes for New Year’s Eve festivities, and vacationed with family and friends at what became one of their favorite spots. Favorite on Earth: Pawleys Island, SC When Jim turned 60, his family surprised him with a reunion get-together at Pawleys Island and started another annual tradition that lasted 22 years, enjoying the beach with the family and the friends.

He and Ruth also loved the mountains, and in 1993 they bought a house in Highlands, North Carolina where they could entertain friends and enjoy the fresh mountain air. He lost his beloved wife Ruth in 1996 after more than 33 years of marriage.

Jim was known for his quick wit. He was a storyteller who liked to tell great stories and jokes, with a mischievous sense of humor and a twinkle in his eye. He was a rabid consumer of books, especially pulp fiction, and he was an avid gamer. He enjoyed all forms of competitive gaming, but especially backgammon and doubles bridge. He and his longtime bridge partner, Terry Mangold, were highly competitive at bridge tournaments throughout the Southeast, and both earned enough master points through competition to earn Life Master status. He was also an avid tennis player. For years, he and his team of tennis buddies had very competitive matches on their annual getaways to the mountains of North Carolina, or with his friend Bruce Jones on the tennis court in his own backyard.

In truth, he loved all sports (and boxing scores). Jim and Ruth started racing in their early thirties and won over a dozen Peachtree Road Race t-shirts together. He and Bruce Jones took the boys on numerous camping trips in the Cohutta Wilderness in northern Georgia. It was one

big football and basketball fan at Georgia Tech, coached Little League baseball, and loved nothing more than to face his sons and their friends in an intense game of basketball in an alley where he could show off his “magic jumper”.

Jim carried a great love of music his whole life and loved performing on the family room floor, showing off the moves he had perfected on the dance floors of Columbus. He would sit in his car in the garage with the music blaring until a particular classic rock song he liked was over, then enthusiastically come into the house to tell the family that this band ( or another group next time) was the best. He later asked his family to send him their respective lists of the top 10 songs of all time, which sparked a music sharing thread that spun into thousands of emails. In his 70s, he could be found attending rock and roll shows both big and dark with his son Jay and stepson Brian. He was still “cutting a rug” as he would say on his last trip to Pawleys as the tunes turned.

He was a loving and proud father who had high expectations, and one of those expectations was for the family to attend services every Sunday at St. Anne’s Episcopal Church. Church was an important part of his life, and after Ruth’s death from cancer in 1996, he devoted countless hours to cleaning trees, pulling weeds, building paths and planting shrubs to help establish and maintain the Sainte-Anne Memorial Garden, a holy site. place, where Ruth is buried and which will also be Jim’s final resting place. Jim helped establish and manage the Sainte-Anne Endowment Fund. He served on the board of directors of Saint Anne’s Terrace, a retirement home on the Saint Anne campus, and in his spare time he also worked and maintained the beautiful gardens. He volunteered as a tutor and mentor at Agape, a program for young underserved children, a program that was partly sponsored by Saint Anne’s. He has had a profound and positive effect on many children through this program.

Nothing was more important to Jim than family. He was extremely proud of Virginia’s history of the Dillon family in Indian Rock and Lexington, and he collected boxes of photographs, letters, recordings, literature, and other family lore that he used to teach to his own children the generations that preceded them. For decades, he served on the board of directors of E. Dillon & Co., the Virginia limestone company founded by his great-grandfather. His financial expertise has been a valuable contribution to the business during difficult and profitable times. He loved nothing more than taking his family to annual meetings and visiting the sites that defined Dillon’s history.

Ruth’s untimely death was a darkness in his life, but new light came when he met Edith Woodling. They married in 2001 and soon her drive and energy returned. Together, Jim and Edith merged two families and opened a new chapter in their lives. Jim and Edith lived through more than 20 years of marriage, welcoming their greatly extended family to many festive occasions in their home and many trips to the beach. They too enjoyed “cutting the rug” together at many family weddings and other happy events. Jim was the ultimate host, welcoming friends and family, always ready to share a new wine or craft beer he discovered. Jim and Edith welcomed his seven grandchildren during their years together, and he was extremely proud of them all and loved every child dearly. Jim and Edith enjoyed traveling long distances, their last trip together being to Islamorada, Florida, to sightsee and fish with their beloved fishing captain, nephew Drew.

The family is deeply grateful for all of their carers at Legacy Ridge of Buckhead and for those at Agape Hospice.

Jim is survived by his wife Edith Woodling, his three children and spouses, Laura and Carl Schmidt of Seattle, Jay and Katie Dillon of Atlanta, and Chan and Kelly Dillon of Nashville, his seven grandchildren, Charlie and Pearce Dillon, Ruth and Claire Schmidt, Max, Mary and Anders Dillon, by his brother Bill Dillon and his wife, Penny, and many beloved nieces and nephews. He was predeceased by his sisters Laura Noel, Mary Morton Dillon and Susan Giles Dillon. He was also deeply loved by Edith’s children, Brian (Katy) and Michael Albanese, Frank (Lauren) and Catherine (Evan) Woodling.

Charitable donations in Jim’s memory may be made to Saint Anne’s Memorial Fund or the Agape Tutoring Program.

Published by Atlanta Journal-Constitution on February 28, 2022.