Inkwell Yoga back to the beach 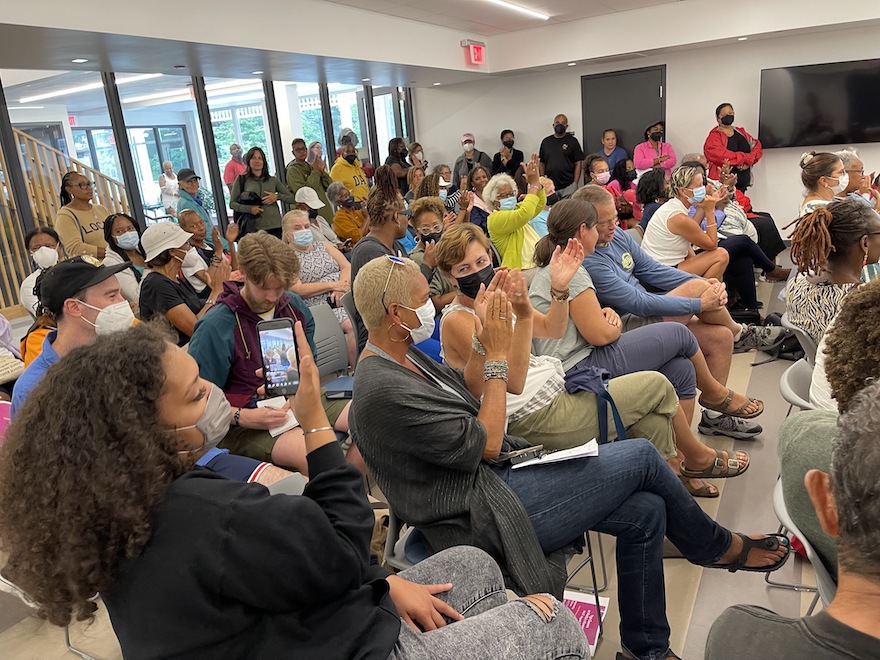 With the City Hall conference room packed with supporters of the Inkwell Yoga group on Monday afternoon, the Oak Bluffs Parks Commission has reached an agreement that will allow yoga to return to the beach.

The single agenda meeting, triggered by an overwhelming response from the public to the eviction of the yoga group on July 21resulted in a “good faith” agreement to move forward.

The commission agreed to waive its original stipulation that the morning exercise group must apply for a special permit in order to use the beach, acknowledging that Inkwell Yoga will not require payment for its classes provided and will host Inkwell Beach licensee events.

Linda Thompson, Inkwell Yoga representative, expressed her gratitude to the commission for bringing forward the date of the meeting and was the first to ask that the group be allowed to continue their daily yoga as a free and welcoming activity that promotes ” health, healing and racial unity”. .”

“Those who practice yoga on the beach,” Thompson said, “are first-hand, and can attest to its many benefits to our body and soul. [It] stimulates our energy and happiness, relaxes our brain and stimulates our creativity.

What appeared to be a misunderstanding about whether lessons were free or paid underscored the need for the permit, parks commission chairman Tony Lima said. He said notices advertising the courses for a fee were provided to the commission.

Thompson explained that Inkwell Yoga has not been and will not be a company requiring participation fees.

Yoga instructor Christopher Simms, who was not present, has been teaching the classes for seven years, Thompson said, has become “a beloved community treasure who gives so freely to so many and demands little but nothing in return. “.

With little hindsight, other than minor concerns about possible city liability and “snowballing” activity in something too big to control, the commission backed the group’s return to the beach, with one person -contactable resource and a commitment to keep the courses free for everything.

Commissioner Richie Combra led the commission in its decision to finally accept the withdrawal of the permit application. More than comfortable having open lines of communication with what he finds responsible organizers, Combra said he was supportive of the group, stressing the benefits of the exercise. “I think this needs to continue,” he said, which was accepted by the rest of the commission, prompting massive applause, “[we’re] entirely in his support. »