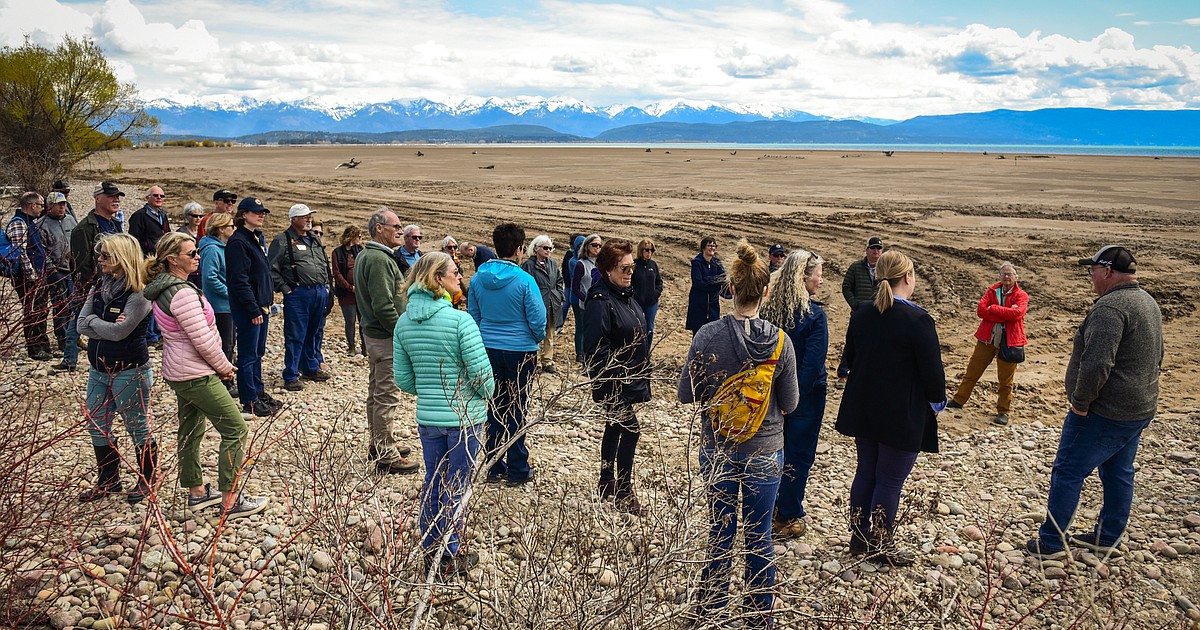 The effort is part of Phase 2 of the state park’s public planning process, which included an in-person and virtual open house that allowed community members to provide input. FWP sent out a survey this spring regarding Somers Beach State Park that attracted more than 1,200 responses. These results served as a starting point for FWP, who will use this data and what they learned during their open days in July to formulate concrete proposals for equipment.

Efforts to turn the area into public land – ongoing for years – officially took off when FWP acquired the 106-acre beach property in October 2021. The land was previously owned by the Sliter family, which allowed public access to the property. The Flathead Land Trust has worked with the family for over a decade to secure the land for the long term.

FWP Region 1 Recreation Director Dave Landstrom said their spring survey results show that of the three park service level designations, 54% of respondents said the area should be rustic. FWP defines a rustic park as one that appeals to visitors who expect a self-contained experience with limited developed amenities.

Other service levels include Central Parks, which offer moderate levels of service and amenities, and Enhanced Parks, which offer high levels of amenities and different options to enhance the visitor experience. Landstrom said Wild Horse Island could be defined as a rustic park, with Lake Mary Ronan as the central park and Lone Pine State Park as the enhanced park.

About 33% of those polled wanted Somers State Park to become a central park.

Experience categories provided a more varied response. Forty-eight percent of respondents preferred Somers Beach to become a park focused on natural experiences, defined by FWP as parks that connect visitors to nature and allow them to learn and reflect. Thirty-eight percent said they wanted the park to focus on recreation, emphasizing outdoor activities like hiking, biking or kayaking.

Only 13% of respondents said they think the park should focus on heritage experiences, which are parks that invite visitors to reflect on the past while learning and hearing stories from Montana’s history.

Officials will have the option of getting flush toilets at Somers Beach as they can connect to municipal sewers and water. Landstrom said this benefits FWP as it becomes increasingly difficult to find suppliers to pump out latrines in other state parks.

Trails and interpretation possibilities will be discussed in more detail in the future.

Sixty-one percent of respondents said they would prefer Somers Beach to be designated as a day-use park, with no overnight camping opportunities. There were mixed responses, and of those who said they were interested in camping, the majority suggested tent camping or a combination of tent camping with other options.

“It was clear that they weren’t interested in large-scale RV-type camping like we offer at some of our other parks,” Landtsrom said.

During the discussion of terrestrial day-use zones, Landstrom said they were considering four main options based on survey responses. This includes picnic areas, bookable group shelters, a natural playground and a rustic amphitheater. He said natural playgrounds are kind of a new option for FWP. For reference, officials shared a photo of a child jumping from stump to stump as a visual example of a natural playground.

“When we said ‘playground’, maybe people were expecting brightly colored devices… But there’s actually kind of a cool move towards these natural playgrounds that incorporate different elemental pieces like wood, stone, etc., but they function as a playground,” Landstrom said. .

Of these options, most people preferred to see picnic areas, with some wanting to see communal shelters and a natural play area – few wanted to see a rustic amphitheater. Attendees of the in-person open house were given colored dot stickers to place on a map of the park indicating where they would like to see these day use areas. To see the results of this exercise, check out the full zoom presentation posted on the FWP Youtube channel.

The third major topic of discussion was the provision of aquatic day use areas. Based on the survey results, they are evaluating a manual boat launch, gravel beach, and wildlife viewing platform. Gravel beaches already exist due to an FWP project to curb erosion on the north shore, but this proposal proposed the creation of additional gravel beaches. Open house respondents expressed roughly equal support for all three options, with a gravel beach and a wildlife viewing platform garnering the majority of support.

Among the materials was overwhelming support to see bare dirt and boardwalk trails.

The FWP said it takes into account that the park is adjacent to the U.S. Fish and Wildlife Service Waterfowl Protection Area and has two BNSF properties. For the waterfowl protection area, this means that there could be times of the year when there are nesting closures. Both BNSF staging areas are designated as Superfund sites that are undergoing extensive remediation by the company to contain underground contaminants.

Landstrom said FWP is careful not to disrupt its work when developing the park.

Feedback from these open houses will help FWP staff develop a draft environmental assessment with formal proposals this fall. Landstrom said this will synthesize feedback from their public comment period and highlight options and alternatives for the development and design of the park. Another public comment period will follow after the publication of this document in the fall. Anyone with additional questions or comments about the Somers Beach State Park planning process can contact Landstrom at [email protected] or by calling (406) 751-4574.

A schedule and park milestones are available on the FWP website for the Somers Beach State Park Planning Project.