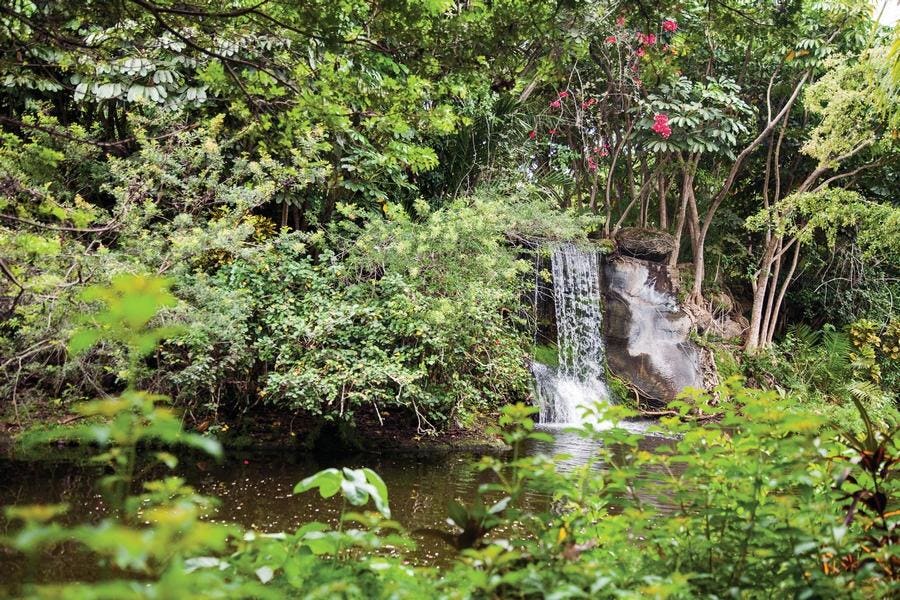 Beachfront villas, dolphins and pirates, oh my! Your stay on Grand Bahama is sure to be filled with endless discoveries, thanks to the varied activities the island has to offer. Take a day to explore nearby towns, settlements and caves where pirates like Henry Morgan and Blackbeard are believed to have hid their ships. The island is so spectacular that even the filmmakers of Pirates of the Caribbean The franchise chose the island as the main filming site for the second film. Trust the filmmakers on this one: Grand Bahama Island is the perfect place to bury your duplicates and your stress.

When pigs float in Exuma

You’ve probably heard of the expression “when pigs fly”, but have you ever heard of pigs that float? Just a 30-minute plane ride from Nassau, you’ll find Exuma’s cutest locals on Pig Beach, also known as Big Major Cay. The pigs and piglets at Pig Beach are known to be adorable, photogenic, and ready to swim to your boat when you make a water entry. Exuma Island should be high on your bucket list if you want to swim in crystal clear waters and take a few selfies with those paddling piggies.

Discover the beauty of nature on the island of Eleuthera

Known for its pink sand beaches and pineapple plantations, the island of Eleuthera is a natural beauty. The island’s name derives from the Greek word meaning “freedom”, an apt description for a place where nature has grown wild and free. Stunning natural attractions include sights such as the Glass Window Bridge, where a passage of rocks separates both the dark blue waters of the Atlantic Ocean and the turquoise waters of the Caribbean Sea. When pineapples are in season, take a tour of Eleuthera Pineapple Farms where you’ll learn about the growing process and enjoy the delicious tropical fruits grown on the island.

Set sail on the waters of the Abaco

First, enjoy a refreshing sip of Goombay Smash, a Bahamian cocktail treasure said to have been created in the nautical capital of the Bahamas. Cocktail in hand, board a sailboat and explore the island’s hidden caves where pirates once hid and sheltered. Book a cave diving experience with Bahamas Underground and embark on a total underwater odyssey, diving in underwater caves, swimming with sharks and exploring some shipwrecks during your day. The island’s many water activities should be a clear winner for the adventurous traveler.

Journey through the mysterious island of Andros

An archipelago of three islands, Andros is the largest island in the Bahamas with a wide variety of activities to enjoy on your next vacation. The atmosphere of Andros is like something out of a fairy tale, with a local mythical creature named “Lusca” said to be a giant octopus that roams the waters. Of course, the mystery doesn’t end there: the island is covered in more than 150 mysterious sinkholes that are home to unusual aquatic life and fossils of animals not native to the Bahamas. Need a break from the many water puzzles? Learn about Androsian culture by attending a batik-making class, where you’ll watch artisans as they create their signature fabrics and take the opportunity to create a colorful piece yourself.