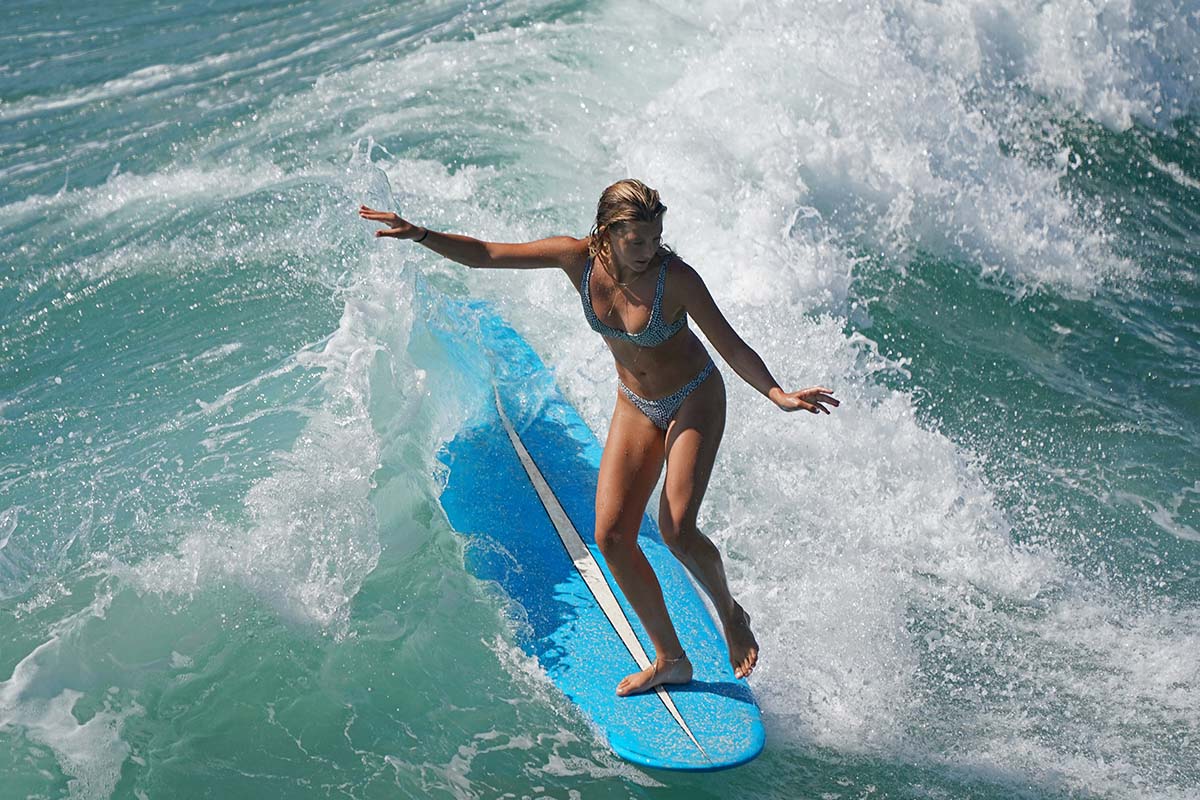 At a young age, University City’s Molly Tuschen watched her father and brother surf. She decided she wanted to be in the ocean too, rather than standing on the beach.

About 10 years later, she has earned the respect of her peers and is paddling with the best of them. This weekend, she is World Surfing League16th edition Nissan Super Girl Surf Pro.

“It definitely took me a few years to earn my place in the roster and defend against the guys,” the 19-year-old said. Surfing the girls’ circuit has allowed her to travel all over the world, encountering different cultures.

Being a woman in a male-dominated sport has been “awesome,” Tuschen said. “I love seeing the girls surf. It’s super stimulating.

This year’s event, featuring former world champions, kicked off on Friday for a three-day race south of Oceanside Pier.

The nationally televised event, which is called the World’s Largest Women’s Surfing Contest, is free.

The event – daily from 8 a.m. to 7 p.m. until Sunday (although surfing stops mid-afternoon) – gives surfers a chance to rack up points to be eligible for the World Tour .

Daya McCart, 14, who won her heat on Friday, has been surfing her whole life, becoming competitive at age 11. She follows in the footsteps of her father and her uncle, who was a professional surfer.

Saying she wanted to surf better than her male counterparts, McCart said surfing was “super cool, how I love it.”

“Everyday as a surfer you’re normally outnumbered and sometimes you’re the only girl in the lineup,” Quirk continued. “So having an event like this, where it’s all about women, it’s much more inviting and welcoming to create a women-only stage, it also makes everyone feel more confident and comfortable.”

From the beginning, Super Girl Surf Pro has been about empowering girls, uplifting them and letting them know they have a place in the sport, and pursuing their dreams of eventually pursuing a career in surfing, Quirk said.

In the past, surfing had only men’s divisions, Quirk explained. Slowly, year after year, there would be a little more room but perhaps no prize money for women.

Quirk said, “You might even see it at the US Open of Surfing, the biggest surfing event in the world, and at Huntington Beach. That event from just a few years ago had a check for $100,000 for men and $10,000 for women, she said.

“I also hope it will encourage their parents to see how good it is for their health and for their confidence in general to be a well-rounded person,” she added.

Molly Tuschen, when asked how she sees women’s participation in surfing, said: “It just keeps growing more and more. So it’s super exciting to see and I can’t wait to see the future.

The event is also a Festival Village with 15 live concerts and family entertainment:

Musical groups include The Offspring, Smash Mouth, Hoobastank, The Expendables and Kira Kosarin.

“We are thrilled to have such an exciting and diverse lineup of activities at the event in addition to world-class surfing,” said Rick Bratman, CEO of ASA Entertainment, the event’s producer. “Having artists like The Offspring, Smash Mouth, Hoobastank, The Expendables and Kira Kosarin performing and using their voices to help promote Supergirl’s empowerment platform is absolutely amazing.”

The event will be televised throughout November and December on Bally Sports and streamed live Saturday and Sunday from 8 a.m. to 4 p.m. via 15 digital partners.