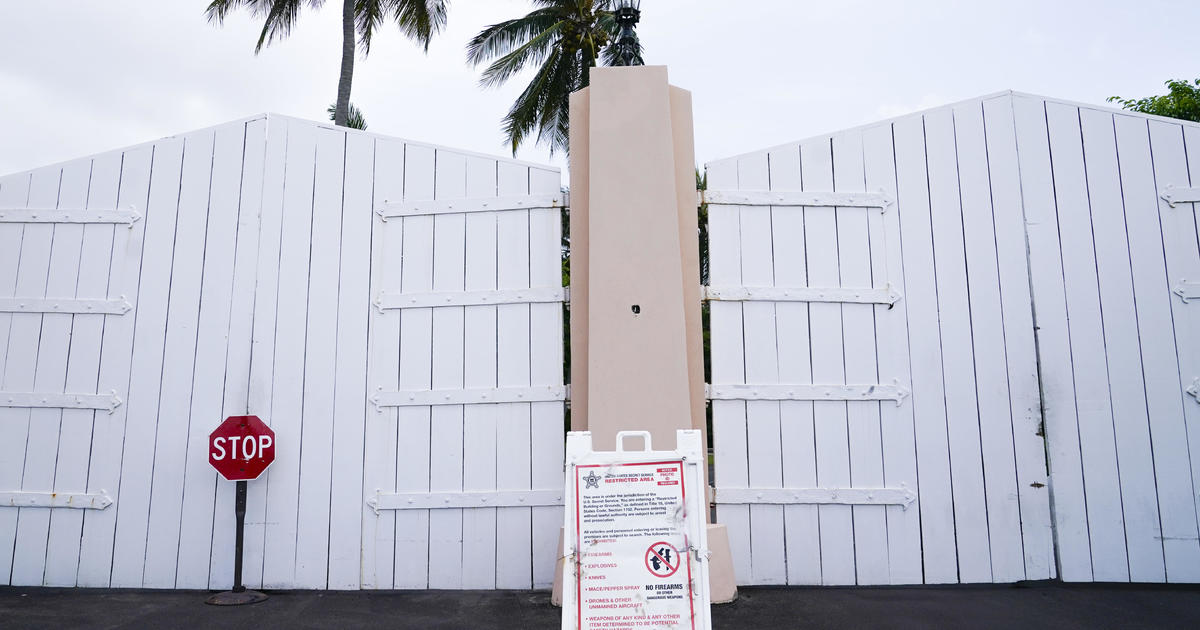 PALM BEACH – CBS News has obtained a joint FBI/DHS bulletin, which cites the FBI’s search of Mar-a-Lago as a recent example of a call for violence.

“The FBI and DHS have observed an increase in threats against federal law enforcement and, to a lesser extent, other law enforcement and government officials following the recent execution by the FBI of a search warrant in Palm Beach, Florida,” the joint bulletin said. “These threats occur primarily online and across multiple platforms, including social media sites, web forums, video-sharing platforms, and image boards. ensure that law enforcement, courts and government personnel are aware of the range of criminal and violent threats and incidents.

According to the bulletin, “The FBI and DHS have observed an increase in violent threats posted on social media against federal officials and facilities, including a threat to place a so-called dirty bomb outside FBI headquarters and launch general calls for ‘civil warfare’ and ‘armed rebellion.’”

This includes threats “specific in the identification of proposed targets, tactics or weapons,” according to the memo. “Since August 8, 2022, the FBI and DHS have identified multiple articulated threats and calls for the targeted killing of judicial, law enforcement, and government officials associated with the Palm Beach raid, including Judge federal government that approved the Palm Beach search warrant.The FBI and DHS also observed the personal identifying information of possible targets of violence, such as home addresses and identification of family members, released in line as additional targets.”

“On August 11, 2022, Ricky Shiffer, Jr., wearing a tech vest and armed with an AR-type rifle and a nail gun, attempted to break into the FBI’s Cincinnati Field Office When uniformed officers responded to Shiffer’s attempt to smash a glass barrier, he fled the scene. A pursuit ensued, and Shiffer entered a standoff with FBI and law enforcement agents. order after firing multiple shots at the Ohio State Highway Patrol (OSHP) officers. After a prolonged standoff, OSHP, with support from FBI SWAT, attempted to arrest Shiffer, resulting in his death.”

“As a result of recent activity, we believe that potential targets of DVE violence in the future could include law enforcement, judicial officials, individuals implicated in conspiracy theories, and perceived ideological opponents who question their view of the world,” the joint bulletin continues. “Factors that could worsen the threat environment include possible future lawsuits or legal actions against individuals associated with the Palm Beach research, statements by public officials that incite violence, successful DVE attacks high profile that inspire imitators or the emergence of additional conspiracy theories.”

“Threats we have observed to date underscore that DVEs may view the 2022 midterm elections as an additional flashpoint around which to escalate threats against perceived ideological opponents, including law enforcement. federal,” the bulletin added.