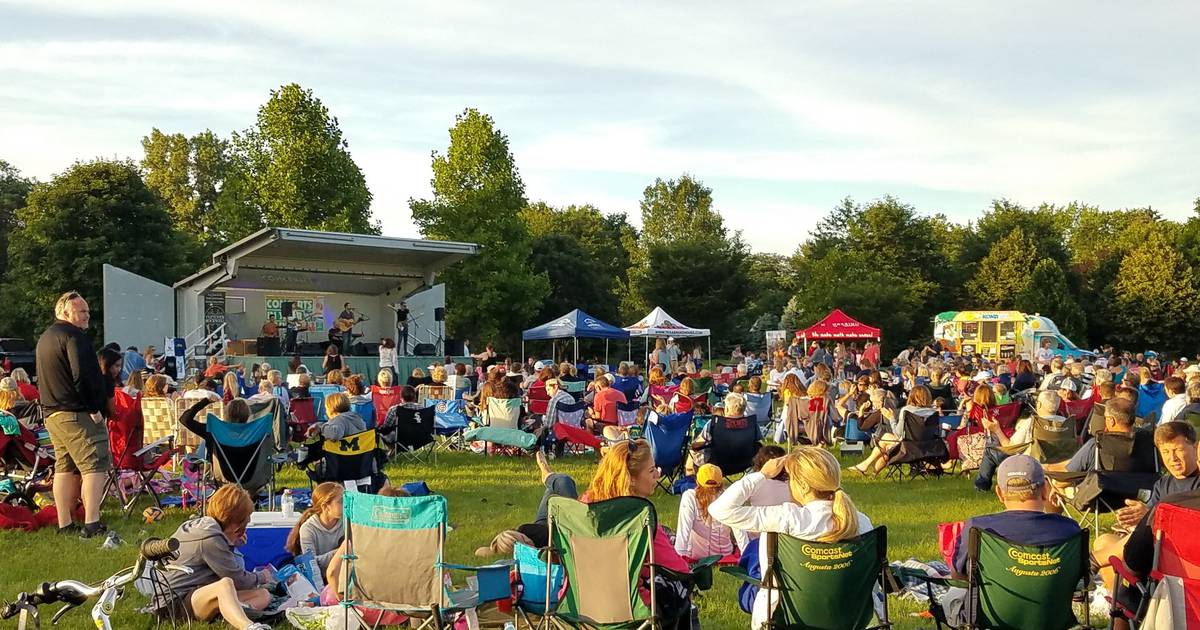 The Concert in Your Park program is designed to take advantage of Naperville’s extensive network of parks and provide entertainment in all parts of the community.

“We try to spread things out each year,” said Brittany Malatt, program manager for the Naperville Park District. “It’s always been popular, so every year we try to bring it to different parks and reach people in their own neighborhood.”

Each gig takes place on a Sunday evening, with the first show scheduled for Queensbury Greens on June 12.

“We have a number of sponsors for each event, and they usually each set up a tent and offer something, whether it’s a giveaway, a game for kids, or something to get some attention,” Malatt said. “It’s a family event, so they often focus on something the kids can do.”

The series kicks off in Queensbury Greens with a performance by The Student Body, a five-piece cover band based in Chicago that focuses on high-energy songs from the 80s and 90s. Their comedy show takes the retro theme seriously, each band member representing an 80s high school stereotype: prom king, cheerleader, nerd, hippie, and jock.

You’ll get a taste of the Caribbean when Mr. Myers comes to Ashbury Park on July 10. The band features a mix of reggae, calypso and beach music, highlighted by the steel drums and percussion of band founder Todd Donnelly.

The Nashville Electric Company will perform at Century Farms Park on July 17, bringing its country sound to Naperville. The group covers a wide range of country and country-infused rock artists.

HiFi Superstar headlines the July 24 show at Westglen Commons Park. This four-piece band performs dance and rock songs from the 1970s to today.

In the final show of the series, the FeelGood Party Band arrives at Cantore Park on July 31. This cover band features an eclectic mix of styles, playing hits from artists ranging from Tom Petty and Def Leppard to Beyonce and Earth, Wind & Fire.

“These bands are all entertaining,” Malatt said. “They know how to put on a show.”

Naperville Concert in Your Park Series

Jeff Banowetz is a freelance writer for the Naperville Sun.