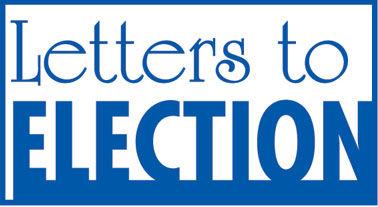 Thank you for your article regarding the funds raised during the third district council race. However, as several of our campaign volunteers have pointed out, the article potentially leaves readers with the mistaken impression that Greg Magnuson has raised the most funds from the community, when in fact most of his funds represent a $41,000 loan he made to his own campaign.

Moreover, if we only look at the number of inhabitants of the 3rd arrondissement who made a financial donation to a candidate, we see that I had more individual donors from the arrondissement than all the other candidates combined.

We are touched by the money raised and the number of residents in the district who wanted to donate to our campaign.

I will continue to work hard during the election campaign. Walking the compound, knocking on doors and discussing issues important to Third District residents continues to be an enriching experience.

How far can you go to solicit votes?

Today I receive text messages on my home cell from Third District candidates Deborah Castro and Mark Guillen asking for my vote.

Please put up signs around the neighborhood, hold rallies, hang out at the mall, buy space for billboards – but don’t stoop so low.

I’m sure candidates buy these lists, but personally it’s not appreciated, and it’s a guarantee that they won’t get my vote.

I know you might know Suzie Price’s name because she randomly sponsors concerts at Marine Stadium. But other than getting her name recognition, do you know anything else that Suzie Price has done in all her years of representing District 3 that would make her worthy of being our mayor?

Because you know what she hasn’t done in all her years of representing a single district? She never answered any calls or emails I left her asking for protocols, to put something on the board’s agenda, to ask her for explanations of things on the agenda or why she voted the way she did, or whatever.

Oh sure, someone from Suzie’s office emailed me saying someone would contact me, but no one ever did. In fact, I got all my answers from Stacy Mungo, whom I would contact after never hearing from Suzie.

Dear all other mayoral candidates, please start actively campaigning and getting your name recognized.

Dear Suzie, if people decide to keep voting for you and you become mayor, I sure hope you will make yourself available and responsive as you will be representing all of Long Beach. And the LBers are officially put on notice.

Election letters should address issues in the Long Beach municipal primary election or elections with Long Beach representatives involved. Letters must be 200 words or less and no liability, slander or personal attack will be allowed.

There will be no letters the week before the June 7 primary election, and only one letter per author is permitted. Email [email protected]