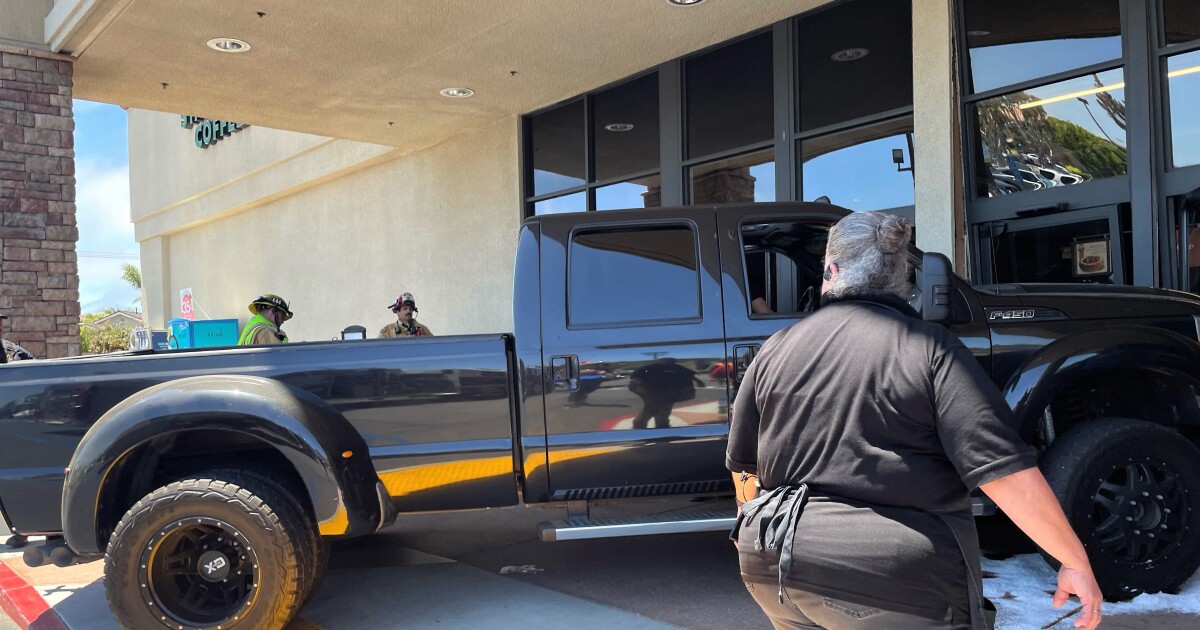 A man was hospitalized on Monday after the truck he was driving crashed into the driveway of a Huntington Beach Vons grocery store near the intersection of Atlanta Avenue and Magnolia Street, police confirmed.

Jennifer Carey, public affairs officer for Huntington Beach, said the incident occurred at 12:18 p.m. when the vehicle, a black Ford F-450, slammed into the building near the entrance to the store, located in the Landmark Plaza shopping center. .

There were no other occupants in the vehicle, and no other vehicles, pedestrians or shoppers are believed to have been involved in the collision, Carey said.

“We have heard reports of a medical emergency,” she added. “[But] we have not been able to definitively confirm what happened. There was no criminal activity of any kind, so it was mostly fire assistance.

Although the driver’s identity has not been made public, Carey said the man was in his 30s, but no specific age was given. His condition on Monday afternoon was not known.

Courtney Carranza, spokeswoman for Albertson’s regional office in Fullerton, confirmed that no store employees or customers were injured in the crash. Workers at the Huntington Beach store were seen replacing automatic doors in the hours following the incident.