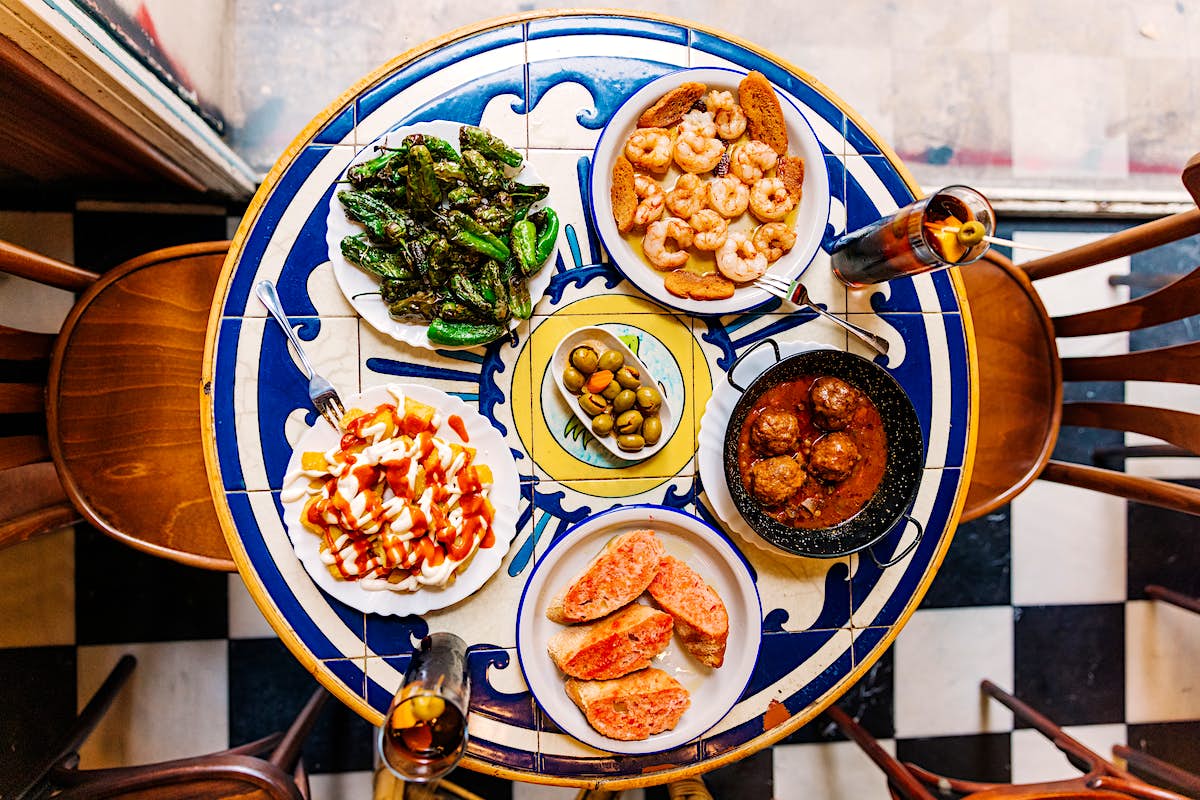 Zesty olive oils, seafood fresh from the boat, one-of-a-kind sherries, herb-infused cheeses, some of Andalucia’s most irresistible tapas – that’s just a taste of what’s on the menu in the stirring southern Spanish town of Sanlúcar de Barrameda, which was recently named Capital Española de la Gastronomía 2022 (Spanish Capital of Gastronomy).

Over the past decade, every year Spain has spotlighted a lesser-known city or region that works wonders with local produce and flavors and promotes its delicious gastronomy as a key tourist attraction. . Today, the capital of gastronomy is one of the most anticipated events in the exciting Spanish culinary calendar, with gastronomic competitions, tables of chefs, tapas routes and much more. As Sanlúcar slips on its unparalleled new foodie shoes, here’s a look at Spain’s drool-worthy foodie capitals.

Picture this: you’ve crammed into a tapas bar, and then a thin, fresh shrimp fritter with parsley and chopped onions appears on the counter. This is the beloved tortillita de camarones from the province of Cádiz, a typical specialty of Sanlúcar flavored with salt, perched at the mouth of the Río Guadalquivir in western Andalusia. Even better when washed down with a glass of manzanilla, the Atlantic-influenced sherry is only produced in Sanlúcar.

Toledo may be renowned for its splendid architecture, but it’s also an unstoppable city of Spanish inland gastronomy. Reigning queen of gastronomy in 2016, the UNESCO-listed capital of Castilla-La Mancha is cooking up a storm featuring Manchego cheese, rich meats, savory stews and simple ingredients. Stewed patridge, cochifrito (simmered then fried lamb) and arroz a la toledana (rice with pork) are just a few classics on Toledo tables; another star is La Mancha’s protected DO saffron.

Start your food tour of Toledo with tapas in the old town at Bar Ludeña, El Trébol, and El Botero; opt for the elegant Adolfo Restaurant and Winery, set in a charming finca with city views; or hunt down a centuries-old home for contemporary Spanish designs at Alfileritos 24.

If you eat one thing in… San Sebastián, Spain

The rich, interior flavors of this north-central gem revolve around locally sourced meats (grilled over an open fire or made into charcuterie – jamón, chorizo, morcilla), as well as queso fresco (cow’s cheese) from Burgos, seafood from the Bay of Biscay and local crops including lentils, beans, tomatoes, apples, peppers and cherries. It’s no surprise, then, that Burgos triumphed as Spain’s second gastronomic capital in 2013. Head to the city center’s crowded tapas bars such as Cervecería Morito and La Favorita or the creative El Huerto de Roque . Traditional Casa Ojeda is famous for its cordero lechal asado (roasted lamb), as is Asador San Lorenzo just outside Burgos, while La Jamada, Cobo Estratos and El Fogón de Jesusón give local produce an innovative makeover .

Wedged between Seville and Portugal, the often-overlooked city of Huelva won gastronomic capital in 2017 for its delicious, unpretentious cuisine rich in seafood. Fried chocos, exquisite ham from the Sierra de Aracena, wild mushrooms , prawns blancas (white prawns), fresh fish of the day (especially tuna) and locally grown strawberries fuel the richness of Huelva; stroll through the Mercado del Carmen for a tantalizing glimpse.

Huelva’s top restaurants include tapas heaven Azabache and traditional Juan José, for the perfect tortilla. But many of the province’s best restaurants are hidden in the rolling hills of Aracena (Jesús Carrión, Experience by Fuster, Restaurante Arrieros) and along the Costa Atlantique de la Luz in sunny spots like Isla Cristina (try Rufino or Hermanos Moreno). Local chef Xanty Elías, who put Huelva on the Spanish gastronomic map with the Michelin-starred Acánthum (now closed), is behind the first Finca Alfoliz in the countryside outside the city of Huelva.

Crowned in 2014, the little-explored regional capital of the Basque Country combines an unstoppable food scene with a bustling old town filled with art and monuments. It’s all about fresh Basque ingredients here (from Idiazábal cheese to wild mushrooms and fresh river trout) and an irresistible fusion of traditional flavors with cutting-edge creativity.

Savor the gastronomic bars of the Mercado de Abastos, linger over the wines of Rioja Alavesa in the Plaza de la Virgen Blanca or jump on the pintxo-pote paths, a succession of gourmet routes to taste divine pintxos, a glass by hand. Award-winning Sagartoki, creative Toloño, lively PerretxiCo and Andalusian-inspired El Tabanko are just a few of the beloved pintxo haunts, while El Clarete entices with original seasonal menus and El Portalón serves up traditional dishes in a 15th century mansion.

Awarded in 2022 by the European region of gastronomy, the Balearic island of Menorca, surrounded by beaches, is a masterpiece of Spanish cuisine. Fresh, local ingredients and a sustainable ethos have been at the heart of Menorcan cuisine for centuries, from the artisan cheeses of Mahón to the trending wines reviving ancient grapes. Immerse yourself in Menorca’s endlessly inspiring food scene with Cómete Menorca; visit the fresh produce markets in Ciutadella and Maó; and seek out Mon de Ciutadella (by Michelin-starred Menorcan chef Felip Llufriu), rural Torralbenc (a luxuriously restored farmhouse), lively Ses Forquilles de Maó (a wine and tapas favourite) and more.

Hidden between Renaissance palaces, Atrio ranks among Spain’s most inspired and enduring restaurants, with chef Toño Pérez at the helm. Other temptations in Cáceres include the creative La Cacharrería, the traditional Alma del Sabor, the revisited classic La Tahona and the elegant Tapería Yuste.