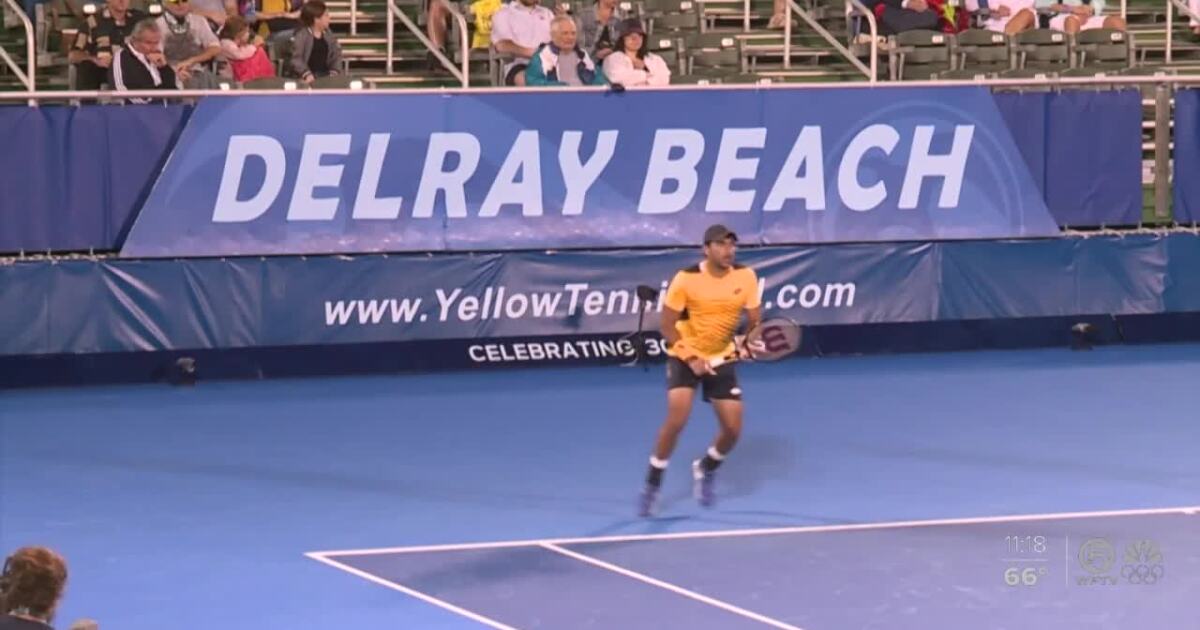 DELRAY BEACH, Fla. — Players from around the world compete to win at the 2022 Delray Beach Open.

RELATED: No. 1 vs. No. 2 seeds to meet in Delray Beach Open final for first time

“What I think is it’s become such an event that every year it gets bigger and bigger and it’s a place to be,” Baron said. “That’s where people want to go and see.”

The tournament had 320 volunteers, five non-profit organizations and more than 30 vendors.

While waiting for the end of the tournament for the exact numbers, they had a ticket sales target of 55,000.

The Delray Beach Open has drawn tennis fans like Garth Sweetnam from as far away as Canada.

“It opens our eyes to Delray Beach,” Sweetnam said.

The tournament is said to bring over $17 million to the region’s economy.

Delray Beach restaurants like Windy City Pizza have benefited from the additional tourists.

“We see a lot of new faces, people who are more willing to come in and sit down, people who come to town specifically for the event that sometimes we see them once a year at Windy City Pizza when they come,” said said Eric Lamb. .

The last day of the Delray Beach Open is Sunday.