Competitions and concerts mark the week of family fun 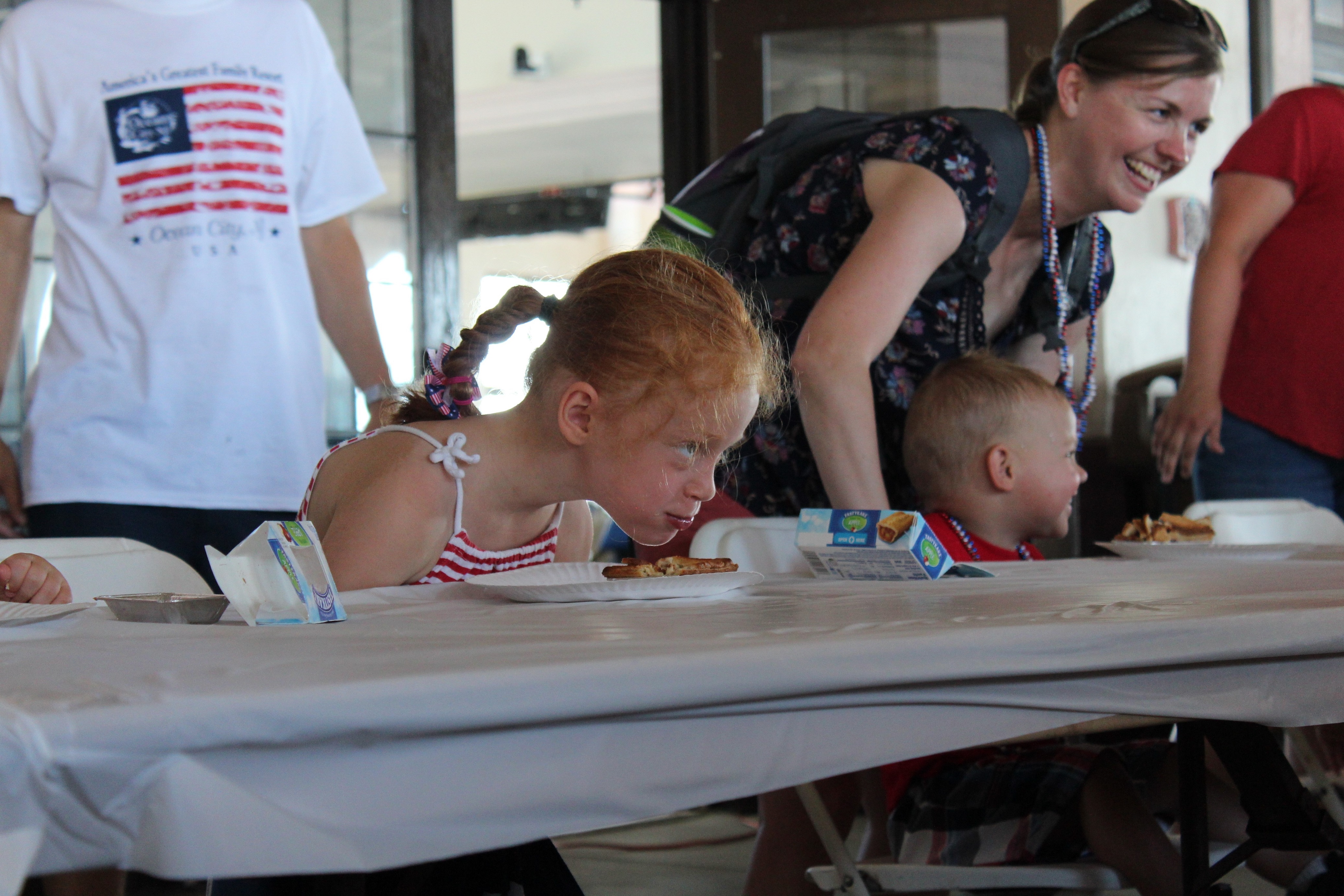 From pie-eating, freckle and sand-sculpting contests to concerts by the Ocean City Pops and a Queen tribute band, Ocean City’s special events calendar is packed with family fun this week.

Ocean City’s “Wacky But Not Tacky” series of Wacky Wednesdays continues at 10:30 a.m. on July 6 at the Ocean City Music Pier with an old-fashioned pie contest. No pre-registration is required for this free family event. The July 13 edition of Wacky Wednesday will bring chip carving.

The popular weekly Farmer’s Market on the grounds of the Ocean City Tabernacle is open from 8 a.m. to 1 p.m. every Wednesday through September 14. The market features the best fresh produce from local farms in the area, as well as a variety of craft vendors.

Ocean City’s annual Freckle Competition returns to the Music Pier at 6 p.m. on July 6. Registration is free and begins at 5:30 p.m.

A sand sculpture competition will be open to children, teenagers, adults and families on Thursday July 7th. Registration is free and begins at 9 a.m. at Sixth Street Beach.

After two major outdoor concerts to celebrate Independence Day, the Ocean City Pops will return to perform Beethoven’s Symphony No. 9 at 7:30 p.m. on July 6 at the Ocean City Music Pier.

Originally planned for Beethoven’s 250th anniversary, this monumental concert presents one of the most beloved and famous works in history at the Music Pier. A symphonic choir, four soloists and a full orchestra will team up in the first-ever full performance of Beethoven’s 9th in Ocean City history.

At 7:30 p.m. on Sunday, July 10, Tin Pan Alley arrives at Ocean City Music Pier with the Pops performing songs by George Gershwin, Cole Porter, and Irving Berlin, among others. “The Great American Songbook” will pay homage to one of the most important eras in American music.

For tickets, visit oceancityvacation.com/boxofficecall 609-399-6111 or stop by the Music Pier Box Office.

Killer Queen stars Patrick Myers as Freddie Mercury, and an exceptional band recreates the energy of a live performance by one of the most famous rock bands in history. The Queen tribute band will perform at 7 p.m. on Monday, July 11 at the Ocean City Music Pier. Check the Music Pier box office for ticket availability or call 609-399-6111.