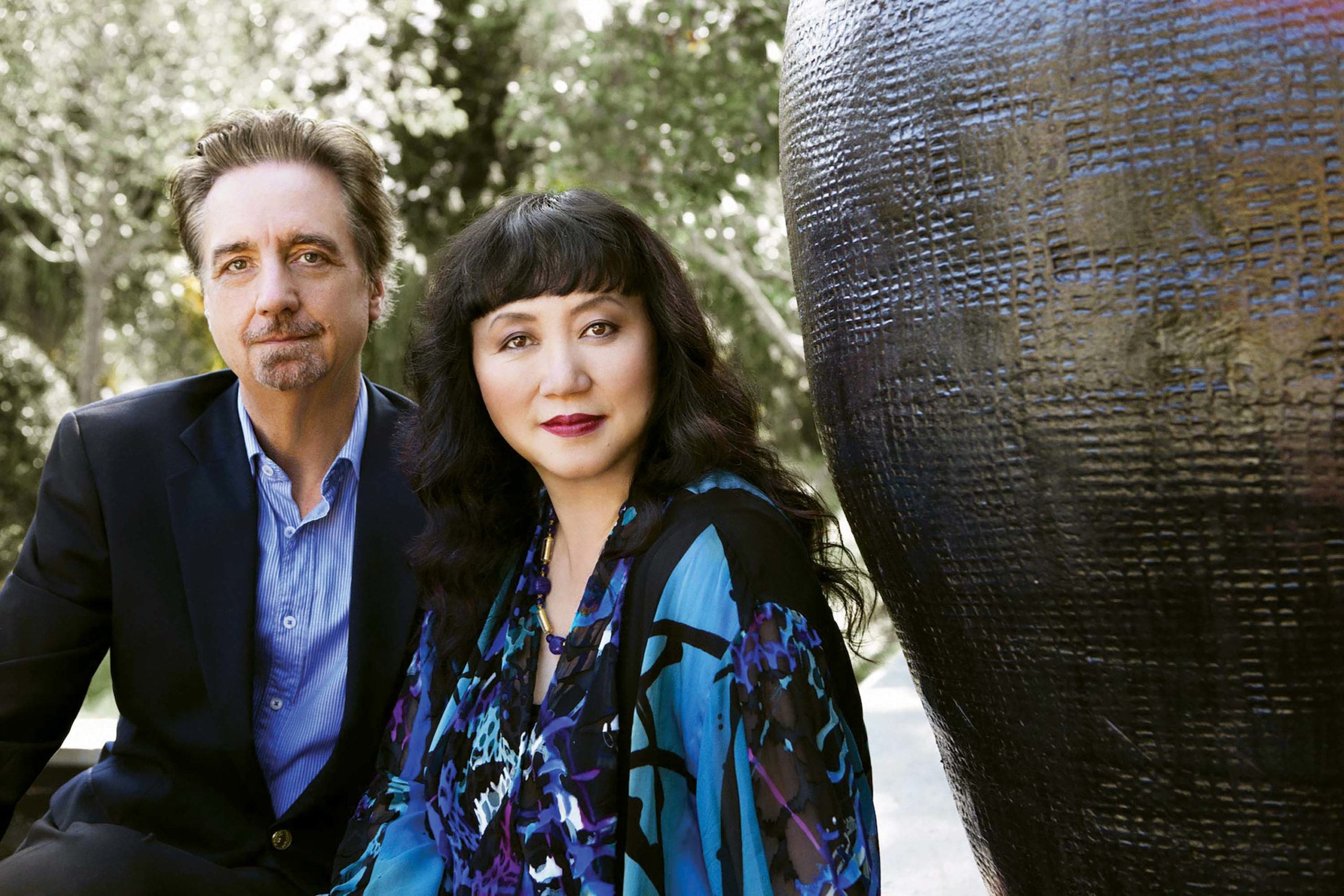 The Middlebury Performing Arts Series presents a free virtual concert by cellist David Finckel and pianist Wu Han on Friday, April 1 (no joke). Finckel and Han aren’t just “chamber music’s power couple” (New York Times) but also two of Middlebury’s most frequent and beloved performers. In this video presentation, they invite us into their home in Westchester, NY, for a French-inspired program of cello sonatas by Saint-Saëns and Franck. The concert includes special commentary from the artists and a surprise encore. This event is part of the Middlebury Performing Arts Series 2022 Cello Celebration.

This virtual concert is free and open to everyone, but tickets are required and available at the Mahaney Arts Center box office. The broadcast of the concert will remain available for 48 hours.

The multifaceted careers of cellist David Finckel and pianist Wu Han as concert performers, artistic directors, recording artists, educators and cultural entrepreneurs distinguish them as two of today’s most influential classical musicians. They are recipients of Musical America’s Musician of the Year, one of the highest honors given to artists by the music industry in the United States. They perform every year in the most prestigious series and concert halls in the world, as soloists and chamber musicians.

Finckel and Han have served as co-artistic directors of the Chamber Music Society of Lincoln Center (CMS) since 2004. Last season, their design and programming of a plethora of innovative digital events, from concerts to conferences, supported and even increased CMS audience in New York and around the world. This historic and unprecedented pandemic season is just the latest chapter in CMS’s growth under their leadership, which includes: new partnerships with Medici TV, Tencent, Radio Television Hong Kong and broadcast channel All Arts; the establishment of flourishing satellite series; an expansion of touring and comprehensive media initiatives. During the pandemic year, when concert halls were closed, they produced over 270 digital projects for CMS, [email protected] and ArtistLed. Together they created CMS’s Front Row National project, which has brought nearly 400 digital CMS performances and events to more than 60 chamber music presenters and their audiences across North America.

Additionally, their unwavering dedication to the welfare of CMS artists has resulted in over a year of employing creative artists across a number of digital and in-person platforms. Finkckel and Han are also the founders and artistic directors of [email protected], the renowned Silicon Valley chamber music festival and institute that opened in 2003. In response to the pandemic shutdown, Finkckel and Han have designed an all-virtual 2020 Summer Festival and Winter Series, and in 2021 Music @ Menlo’s return was held as an in-person festival. Han is also artistic advisor to both the Wolf Trap Foundation for the Performing Arts’ Chamber Music at the Barns series and the Society of the Four Arts in Palm Beach.

As founders of ArtistLed, the first musician-led Internet recording house in the classical music industry, they have released more than 20 CDs of duo and chamber repertoire over two decades, as well as overseeing (and often played in) over 150 releases. on the CMS Live and [email protected] Live labels. BBC Music Magazine recently greeted ArtistLed’s 20th anniversary with a special CD cover featuring Finkckel and Han. Passionate about education, Finkckel and Han oversee [email protected]’s annual Chamber Music Institute, as well as the former CMS Two program, which they radically transformed into today’s Bowers program, now attracting the most promising young artists from around the world. Their website now hosts Resourcea collection of material that offers thoughtful insights and lessons for classical musicians facing the particular challenges and opportunities of their field.

Finkckel and Han split their time between touring and residencies in New York and Westchester County.

Attend this free virtual concert on Friday, April 1 at 7:30 p.m. Reserve your free ticket at go.middlebury.edu/tickets. The stream will remain available online for a 48-hour window. For tickets, health and safety protocols and information, call (802) 443-MIDD (6433) or visit middlebury.edu/arts.